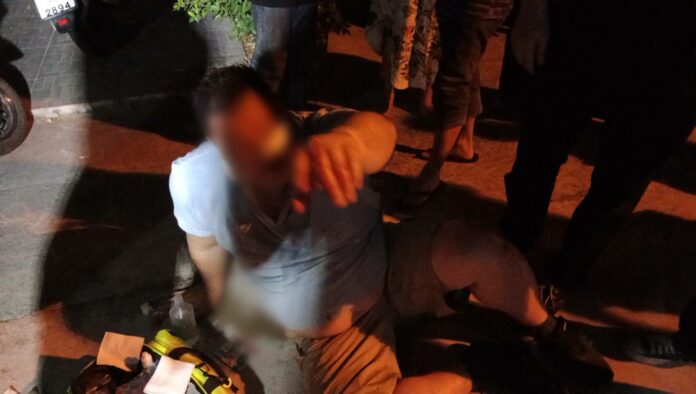 An alleged Russian dine-and-dasher was attacked by a Pattaya bar owner for reportedly refusing to pay his 60-baht bill. The bar owner claimed the tourist initiated the altercation by slapping her in the face first.

The Russian tourist was surrounded by bar goers and bar operators of the Bonsai Bar when Sawang Boriboon rescuers arrived at 2:30 AM today, January 13th. The tourist, only identified as Mr. Michel, in his early 50’s was dazed and confused and had sustained multiple non-life-threatening injuries. He was covered in blood after he allegedly tried to flee Bonsai Bar when he was asked to pay his 60-baht bar bill, the bar owner only identified as Ms. Jane told The Pattaya News.

The bar is located in the Nongprue subdistrict of Banglamung district, Chonburi. The 53-year-old bar owner, Jane, claimed Mr. Michel refused to pay his 60-baht tab and slapped her in the face in an effort to flee the bar.

Ms. Jane admitted she and her employees physically assaulted the man to stop him from escaping. She also added that before the man tried to run away, he invited her staff to hang out with him but was rejected. He was so angry at the rejection this is why it was presumed he refused to pay his bin. 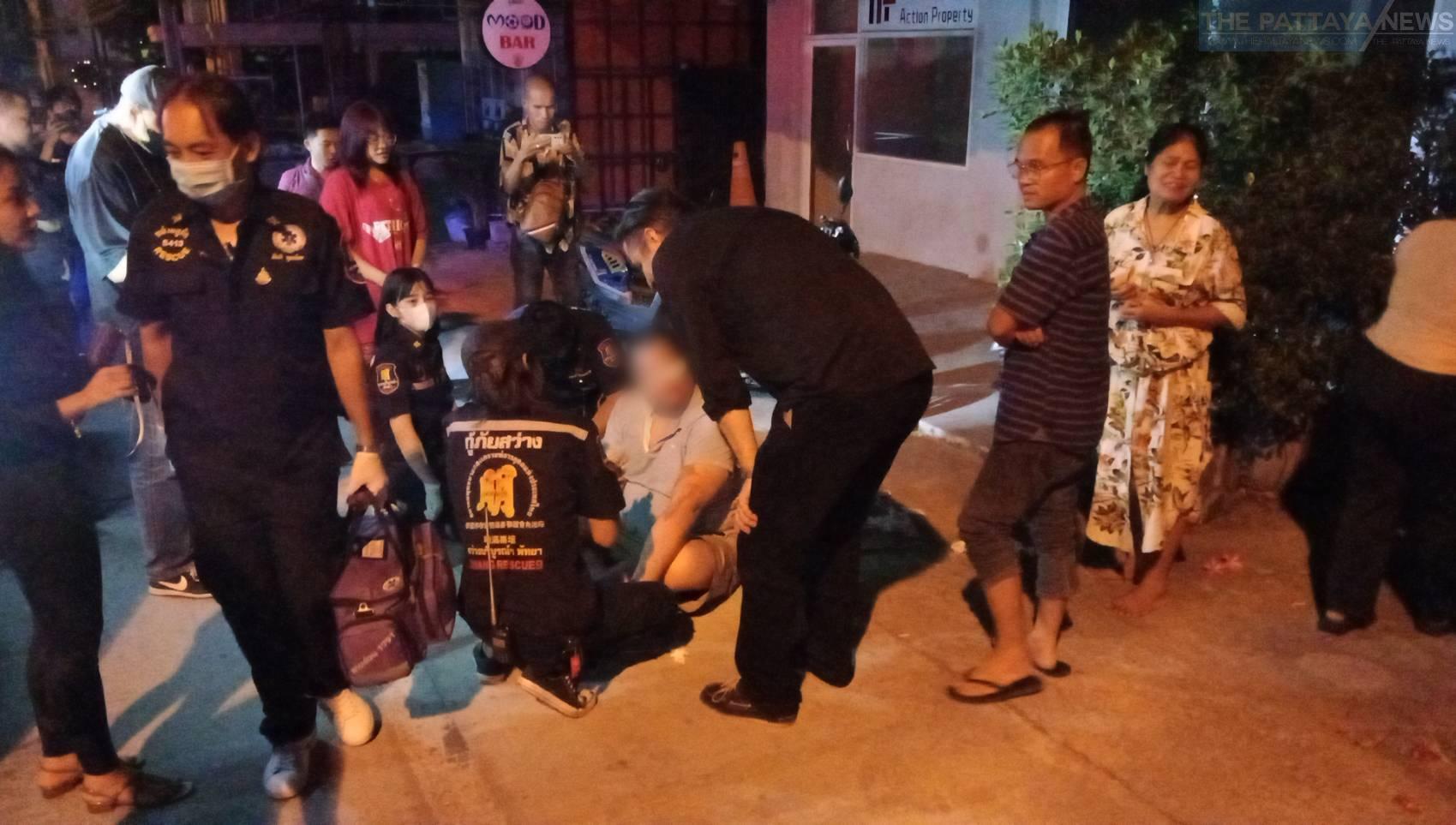 The bar owner and the Russian tourist were summoned to the Pattaya police station to settle the dispute. The police told the owner that she should use a more peaceful approach or immediately call police when dealing with upset foreign tourists, as her action could ruin Pattaya’s tourism image.