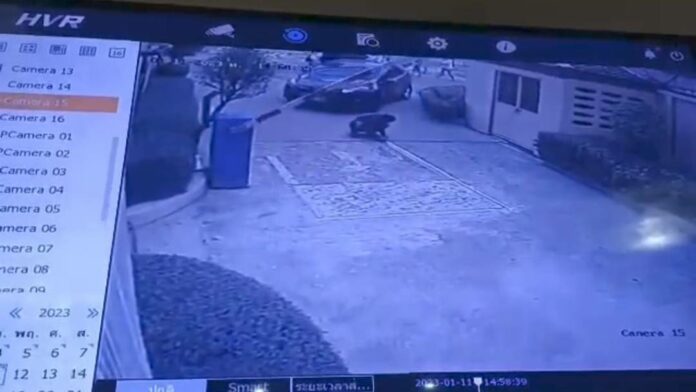 An Australian driver accidentally ran over a street painter on the job and killed him in Pattaya, yesterday, January 11th.

The foreign driver was terrified and shocked after being notified that she had fatally run over the victim, Mr. Prasit Kabphet, who was painting the road at the entrance of Wongamat Residence Condominium in Soi 16 in the Naklua subdistrict, Banglamung district, Chonburi.

CCTV footage discovered that the 62-year-old Australian, Mrs. Michelle Ann Eddy, seemed to be totally unaware of Mr. Prasit when she turned her vehicle around the corner to enter her condo’s front gate where the 45-year-old victim was working painting. The driver then ran over the victim and kept driving to her parking lot where someone rushed to tell her that she had run over a man. 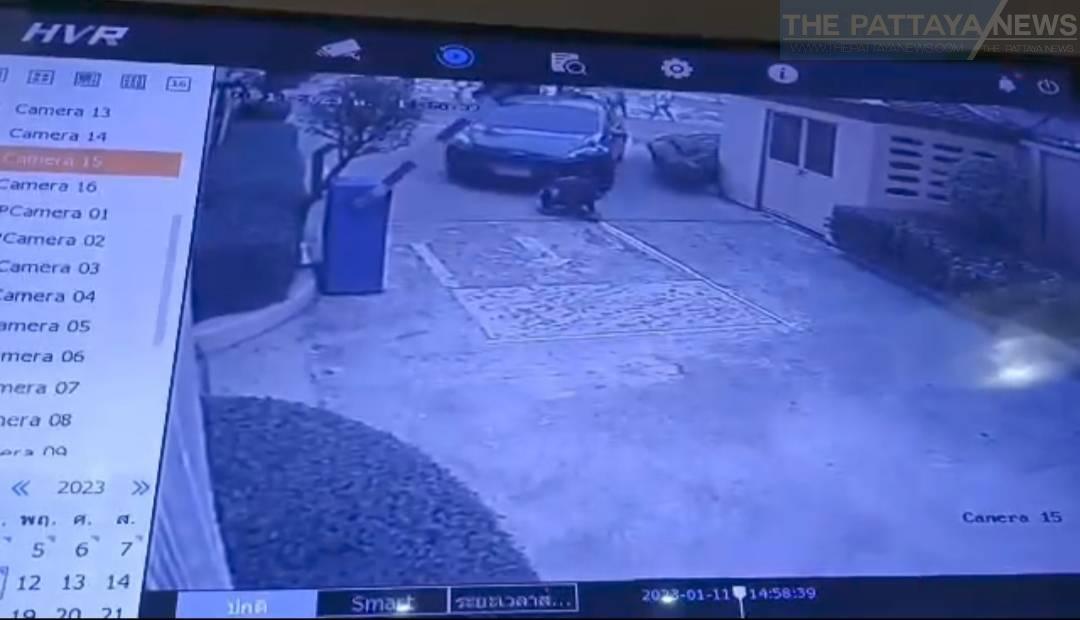 CCTV also found that Mr. Prasit was working with his back toward the main road and seemed to not realize about the Australian woman’s car emerging from the corner and approaching him from behind.

The victim’s colleague, Mr. Somphan Sangsuwan, 32, told The Pattaya News the victim was painting the road leading to the foreigner’s condo at 2:50 PM. Mr. Somphan went to the bathroom only to come back to see his friend crying in agony.

Due to his severe injuries, the man quickly passed away, said Sawang Boriboon rescuers. 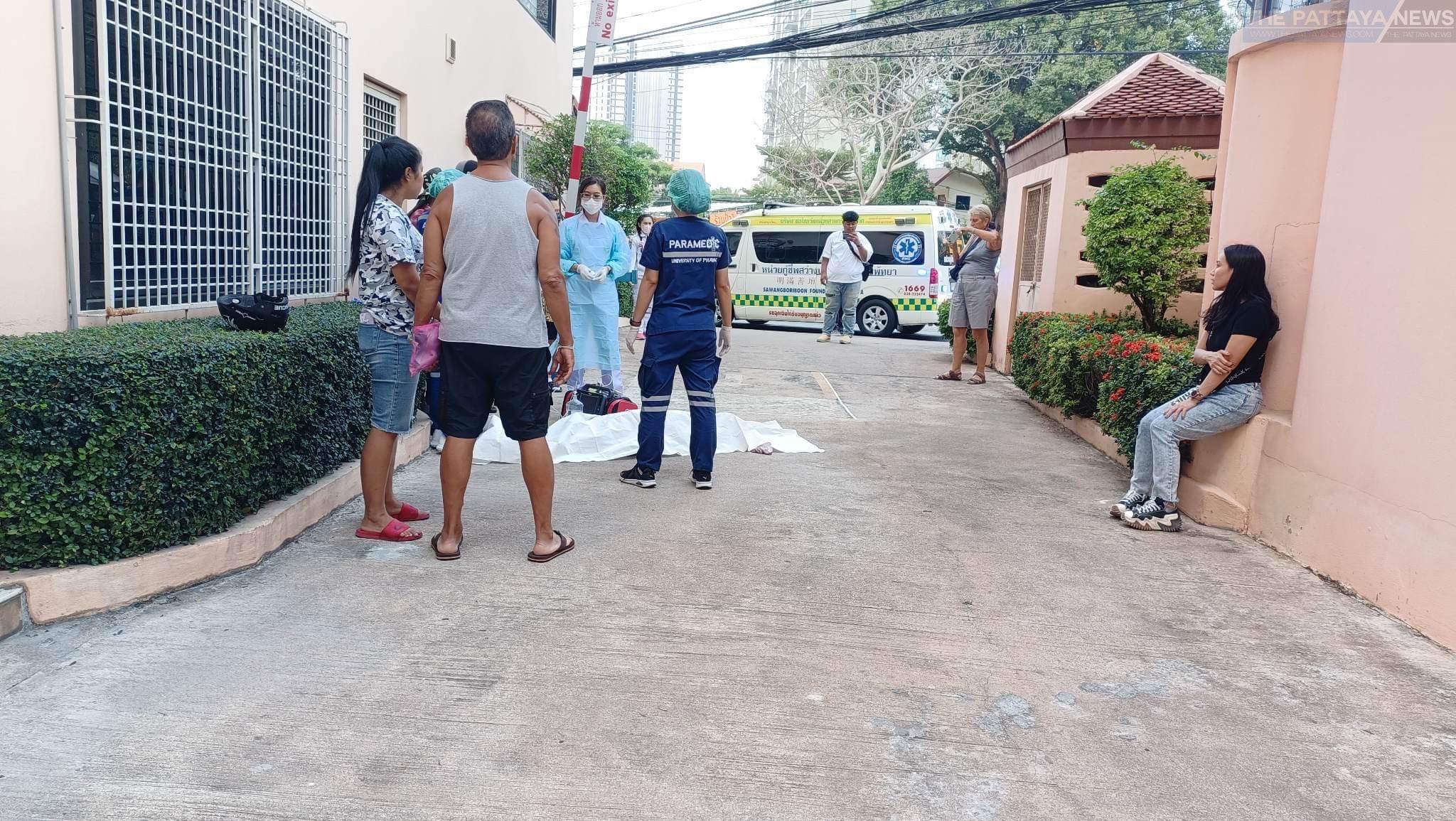 Mrs. Eddy was taken to the Pattaya police station where she admitted to causing the accident. She said she did not see the victim working on the road and was shocked when she realized that the man had died. She is proceeding with legal procedures and described as cooperative, exact charges being processed were not released by Pattaya police.