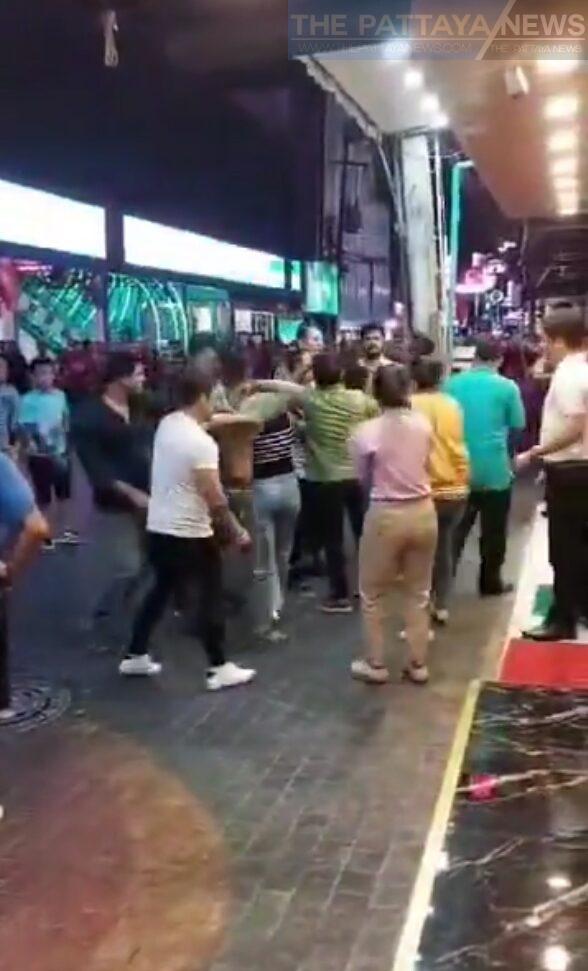 The Pattaya Police Chief addressed a viral brawl that was captured on video and widely shared on social media last week.

The brawl took place at an unidentified Indian restaurant and Mujra (type of Indian dance) club located near Marine Disco in the middle of Walking Street on the night of January 3rd, 2023.

According to Pattaya Police Chief Kunlachart Kunlachai, who spoke to associated Thai press about the incident, the brawl started after an intoxicated Indian tourist was asked by the owner of the Indian dance club to leave due to being too drunk and allegedly groping the staff inappropriately.

The tourist then reportedly hit the owner of the club in the head with a beer bottle, which escalated the situation. The tourist was removed by security, however, continued to try to attack staff and security guards outside on Walking Street, Chief Kunlachart explained.

Eventually, tourist police were called and settled down the situation, with both parties involved refusing to file a police report or make an official complaint. It was only after video shot by a passerby went viral that the incident became public domain, stated Chief Kunlachart.

Chief Kunlachart stated that the unidentified Indian tourist involved had already left Thailand and the owner of the restaurant was now traveling abroad to see family. As neither party wished to file legal charges or pursue the matter, Pattaya police would not take further action and the matter was considered settled.

However, the Pattaya Police Chief did warn businesses that if a customer became aggressive or confrontational to never, ever hit the tourist and immediately call police for assistance.