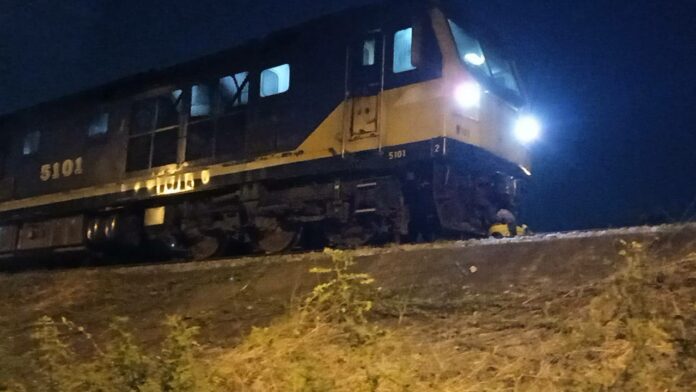 A 25-year-old man met his demise after getting hit by a train at a railway crossing in Pattaya on Sunday, January 1st.

Pattaya police and Sawang Boriboon emergency responders were notified of a fatal crash that took place at a railway crossing near the Thamma Samakkhi temple in the Nongprue subdistrict of Banglamung district, Chonburi, at 8:30 PM.

Local residents and motorists were forming around the accident scene when the authorities arrived. In the grass beside the train track, police found the deceased victim, 25-year-old Mr. Settawut Uttha, with severe injuries around his body. His yellow Vespa motorcycle was crushed by train No. 5101 heading to the Sattahip district. 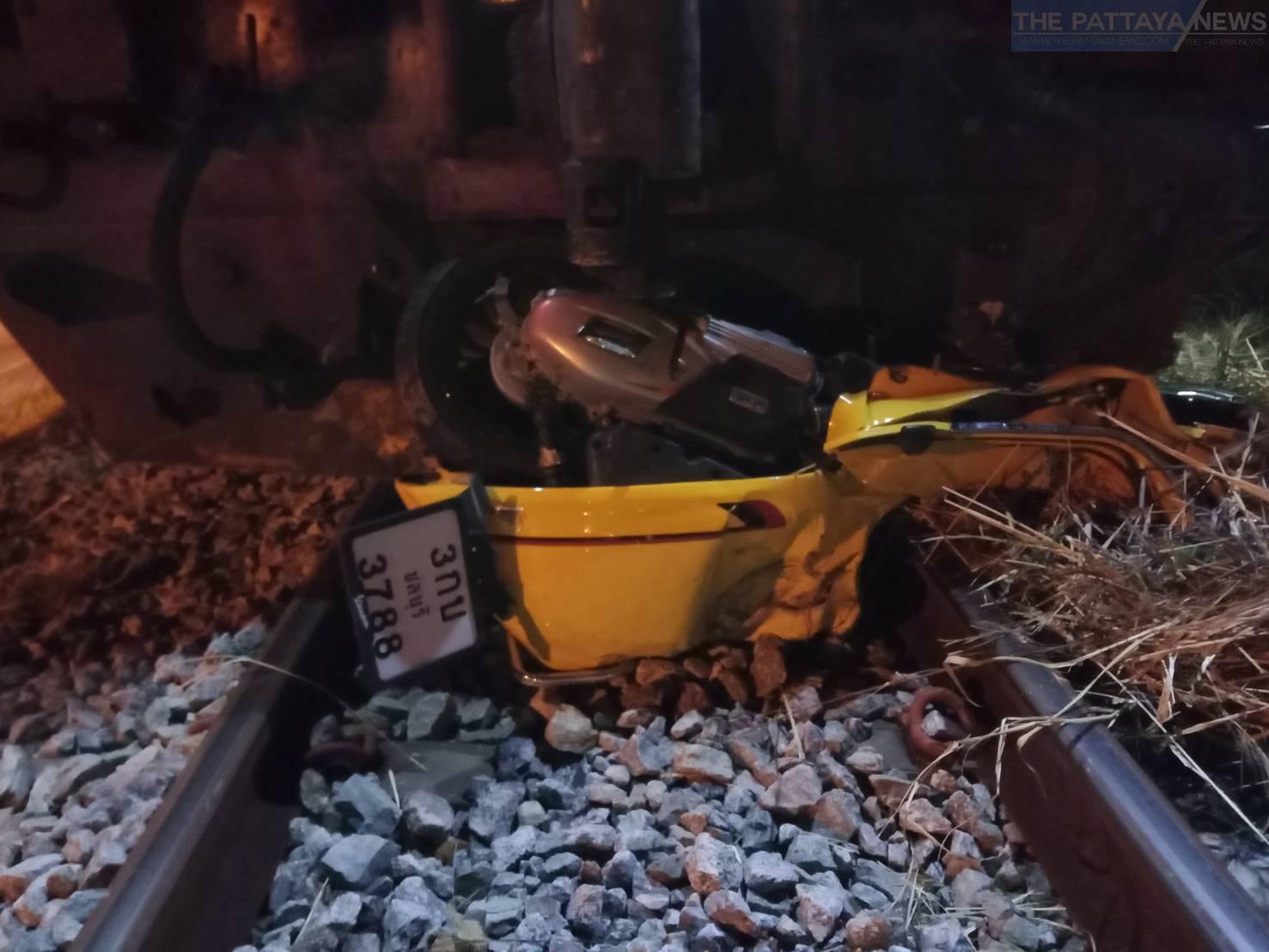 Sawang Boriboon covered the victim’s body and transferred him to Banglamung Hospital. Pattaya police asked Mr. Thanthap Matanon, 27, who witnessed the deadly accident and were told the victim attempted to cross the railroad track when the train was approaching.

The victim tried to drive around the barrier despite the train already sounding its warning horn. He then got hit by the train and landed on the grass near the track, passing away.

Pattaya police were reviewing CCTV footage of the accident scene. The victim’s body was at a hospital, waiting for funeral arrangements.