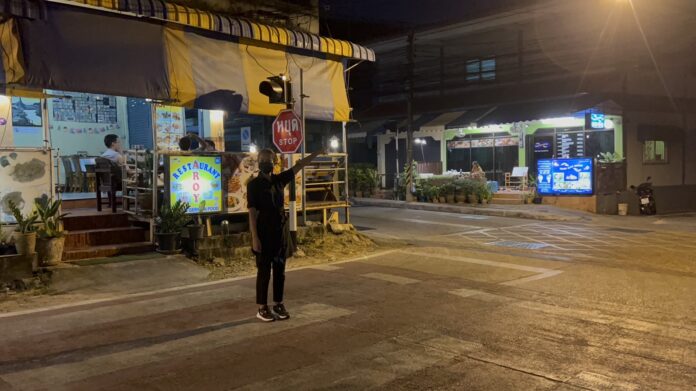 A female motorist urged Pattaya officials to do something about a low-hanging cable that she ran into while driving home at night yesterday, December 25th.

The woman, 27-year-old Ms. Kritsana Yensuk, told The Pattaya News that she was snagged across her face by a low-hanging cable at the intersection in the Naklua subdistrict of Banglamung district, Chonburi. The accident that Kritsana said had injured her left eye happened around 7:30 PM while she was driving home from work. 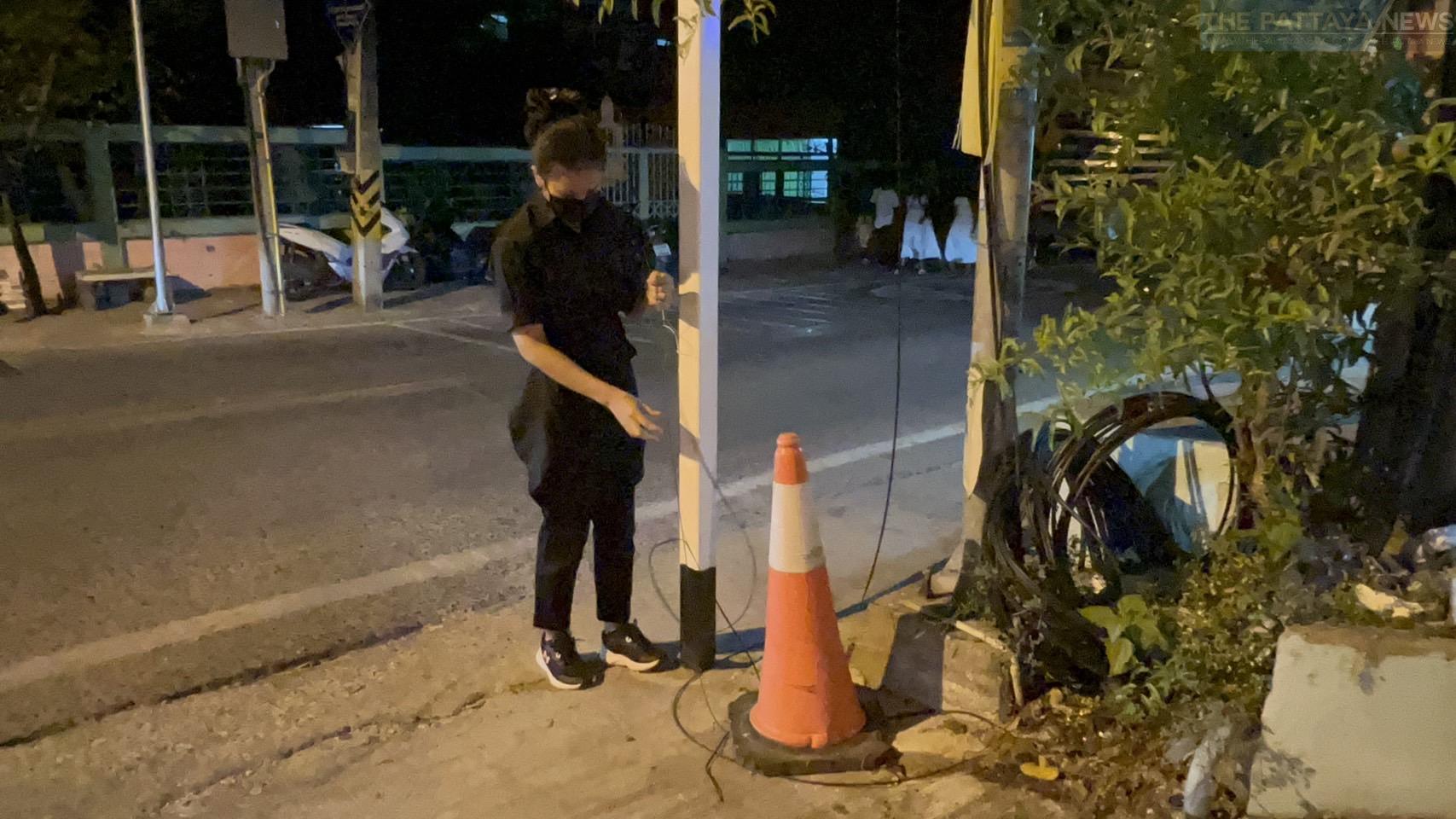 Kritsana was an employee at a restaurant in Pattaya. She said she drove her motorbike home on that route every day. The road was fairly dark, but luckily she did not drive at high speed. Kritsana added that her motorbike floundered into the opposite lane when she was caught by a cable. If there had been a car in the opposite lane, she would have crashed and sustained greater injuries, Kritsana stated.

Out of concern that other drivers would face the same accident, the victim removed the cable from the street and wrapped it around a nearby power pole. She said she wanted relevant authorities to get rid of all the hazardous low-hanging cables as they could inflict much worse injuries on others.