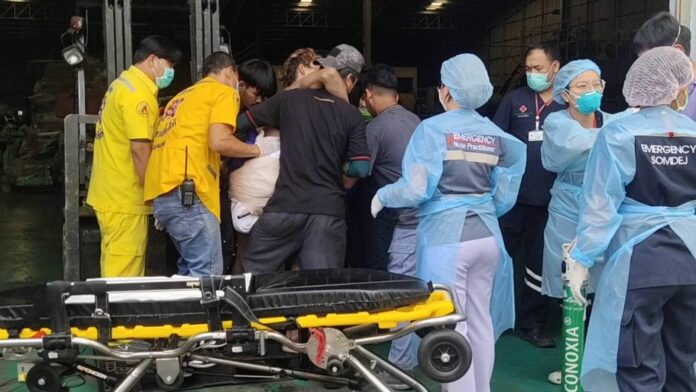 An unlucky Cambodian worker working at a steel rod manufacturing plant got impaled by a steel rod in his buttocks.

The dreadful accident took place at an unnamed plant in the Nong Kham subdistrict of Sri Racha, Chonburi. The steel rod penetrated through the man’s buttocks and stuck out of his left thigh, according to Sri Racha rescuers responding to the incident yesterday, November 30th.

The man was a Cambodian worker. His name could not be identified. The rescuers needed to cut the rod to make it shorter to transport him to Laem Chabang Hospital where the remaining rod was removed from his body.

As of now, the man remained at a hospital. His friends said the man might have tripped over something and fallen onto the rod behind him. His injury was not life-threatening, but certainly uncomfortable, according to reports.