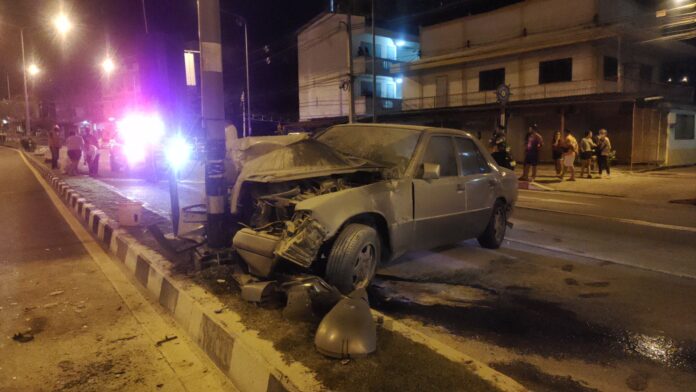 A Thai woman allegedly raced her sedan against a Belgian driver on a Pattaya road and crashed into a power pole, claiming she got enranged after the foreign driver ridiculed her car.

The woman, identified by Pattaya police as Ms. Chanphen Thaweesri, 48, was rescued after her bronze Mercedes Benz 220 sedan rammed into a power pole and caught on fire at 3:00 AM, today, October 1st. 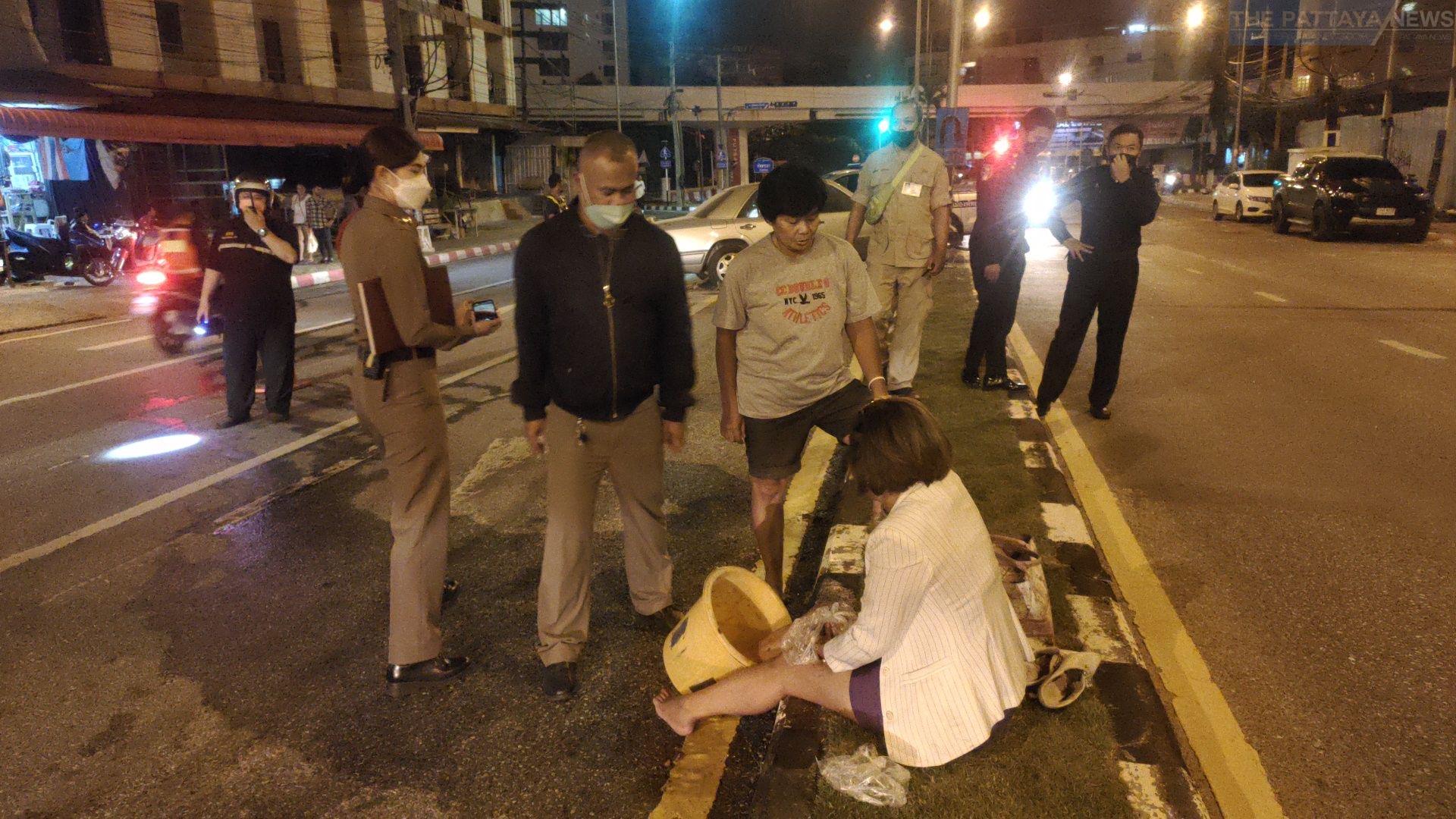 The fire was put out by a group of Good Samaritans prior to police arrival. Chanphen was uninjured.

Police also found another party, which was a Belgian driver, Mr. Stephane Mathieu Cordemans, 35, at the accident scene. His bronze Honda Civic sedan was slightly damaged, and he was safe. He refused to give any statement to the press or Pattaya police. 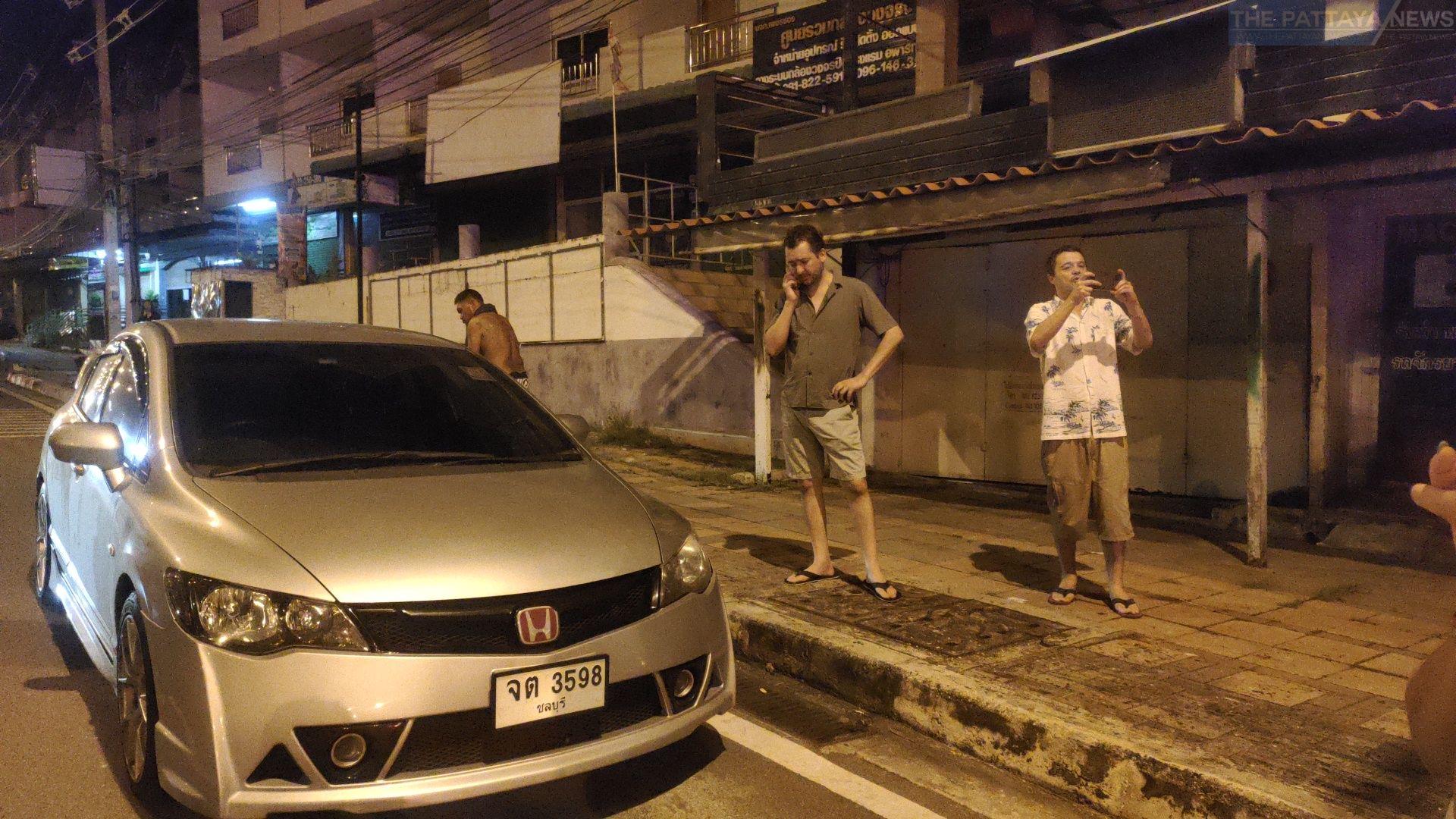 According to Ms. Chanphen’s claim, Mr. Stephane knocked on her window and argued with her about how she drove. He then reportedly ridiculed her Mercedes Benz for being antique and matchless against his Honda Civic. Chanphen said it was at this point that she lost her temper, leading her to challenge the Belgian driver to a race. 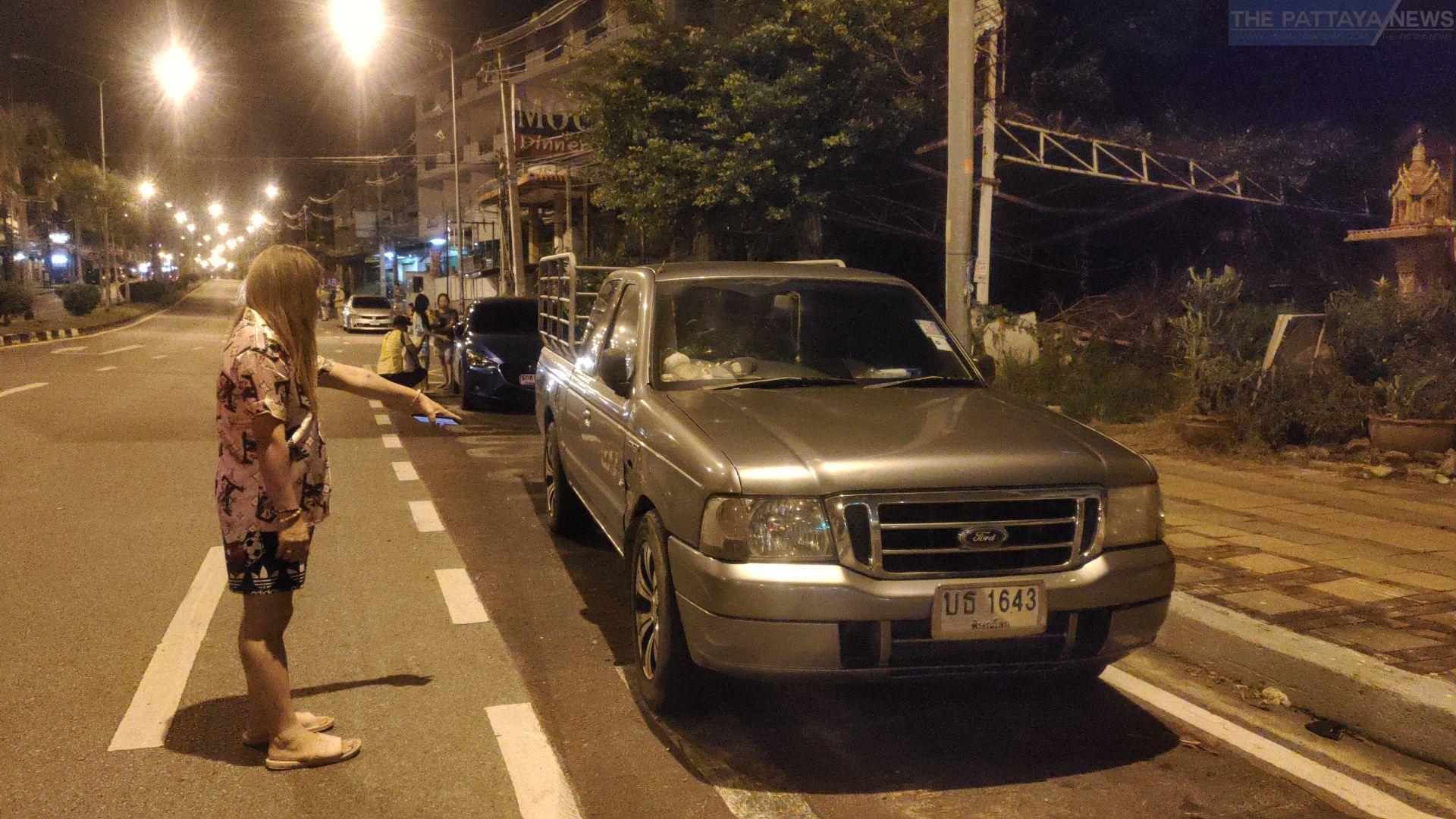 The Good Samaritans stated that they saw both parties racing at a high speed and dangerously trying to overtake one another before the crash. Two other cars were damaged as well, according to the Samaritans.

Pattaya police took Ms. Chanphen to the police station for an alcohol test. It was unclear what charges would be pressed or if the Belgian driver would also face any charges.