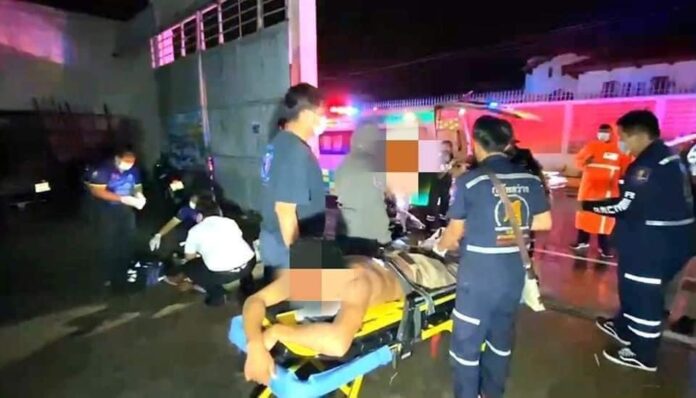 Thirteen Cambodian fishery workers were injured after a massive brawl broke out at a 3-month-old’s birthday/anniversary party in the Rayong province.

A team of police officers from the Muang Rayong Police Station rushed to halt a massive brawl that broke out in the Mueang district of Rayong province just after midnight today, August 9th. 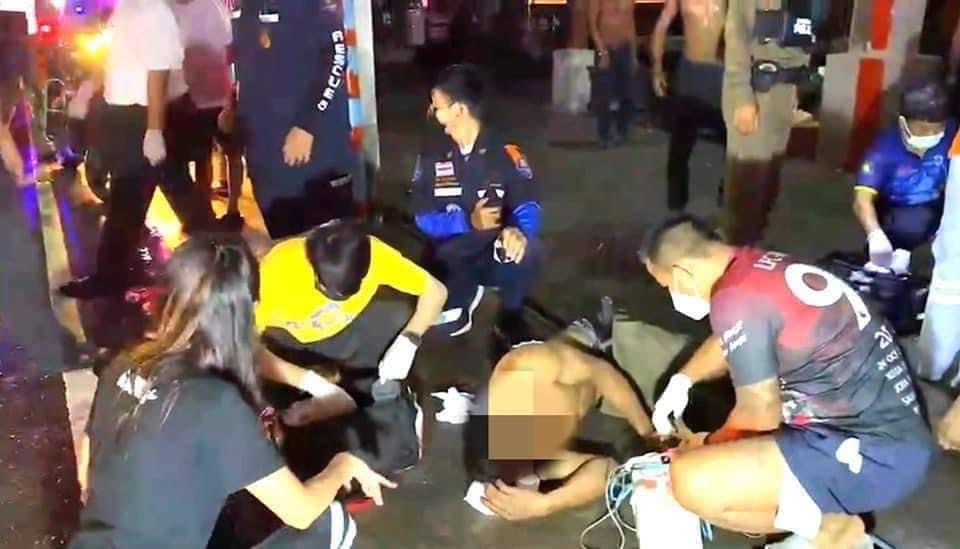 The incident scene was littered with chairs, tables, glass, and broken alcoholic bottles after the brawl just stopped, leaving thirteen Cambodian fishery workers injured with stab wounds and moaning in a painful chorus. Two among them suffered critical injuries and passed out after getting impaled with knives in the back. Initially, they were transported to Rayong Hospital and Chularat Rayong Hospital for medical assistance.

According to reports, the massive brawl occurred during a birthday/anniversary party for a Cambodian worker’s 3-month-old son, which they were celebrating as a birthday on the three-month occasion, which is evidently a local cultural tradition. A lot of Cambodian workers stopped by to eat and drink at around ten tables. The speakers were blasting music until one group allegedly became inebriated and started fighting with another. The exact issue that started the fight was unclear. Some workers even left the party to grab knives and came back to resume the brawl, which ended up hospitalizing thirteen people and spoiling the child’s birthday. It is unclear, notes The Pattaya News, why a three-month-old child would need a massive birthday with dozens of individuals celebrating with booze well after midnight. The child was not injured.

All injured workers remain in hospitals, as of press time. Pol. Col. Apichanan Wattanawarangkun, Chief of police of the Mueang Rayong Police Station, said all workers would be investigated intensely once they recovered.