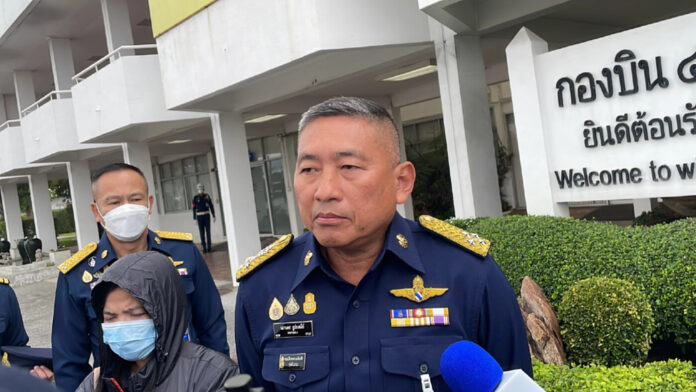 The statement followed the House’s sub-committees decision last Monday, July 25th, to cut the Air Force’s 2023 7.4-billion-baht budget for buying the jets from the United States, basically reasoning that the air force jets are not urgent at this time.

The Chief stated that the Air Force had appealed the committee’s decision as they should reconsider the matter. The Department would also ensure to the public that the jets would be put to good and sufficient use, the purchase process would be transparent and verifiable, and the purchase must wholly benefit the country and the national security, both directly and indirectly.

Air Marshal Naphadej stated: “The Air Force had purchased similar jets which were F-16’s but they had been in operation for nearly 40 years. So if the F-35 purchase was approved, we would be able to use them for the next 35-40 years as the country’s main fighter jets.”

“Therefore, we sincerely hoped that the Budget Committee will recognize such importance and support the Department to proceed with the purchase. Meanwhile, we’d like the public to trust in the honesty and integrity of the Thai Air Force that we had done it for the benefit of the country.”