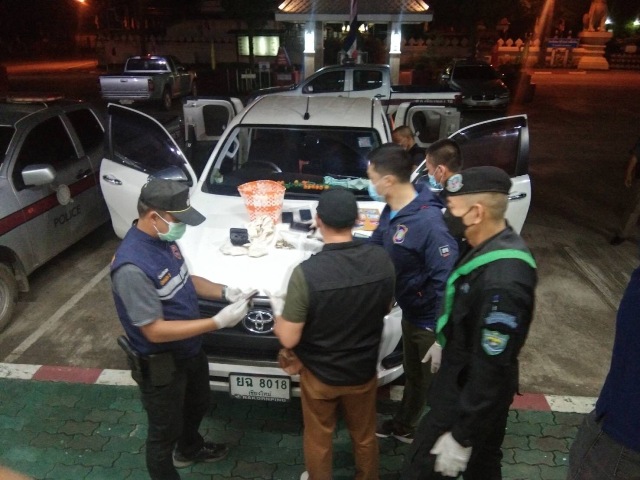 Two Chinese nationals were arrested in Chiang Khong District, Chiang Rai, on Wednesday, July 6th, for reportedly shooting another Chinese national in Chiang Mai before attempting to flee to a neighboring country.

The suspects, identified as Li Min and Wang Yu, were caught with a medium-sized gun and 37 rounds of .35 bullets while they were driving from Chiang Mai and heading towards the Thai-Lao PDR border in Chiang Rai. The arrest took place after a 54-year-old Chinese national was shot and treated at a local hospital in Chiang Mai. He told the police that he was shot by two Chinese customers who wanted to trade antique products at Wat Ket Mueang. The incident occurred when both parties could not reach a mutual agreement, leading to a quarrel and eventually a shooting.

The Chinese suspects were detained at the police station for initial charges of attempted murder and having weapons and ammunition in their possession without permission.