A 10-kilogram monitor lizard was caught after clawing into the water storage room of a Pattaya hotel.

Pattaya social workers were notified by a concerned citizen at 6.30 p.m. yesterday, June 10, that a massive monitor lizard had clawed into the water storage room of a Pratumnak Hill Hotel in the Nong Prue subdistrict, Bang Lamung, Chonburi. 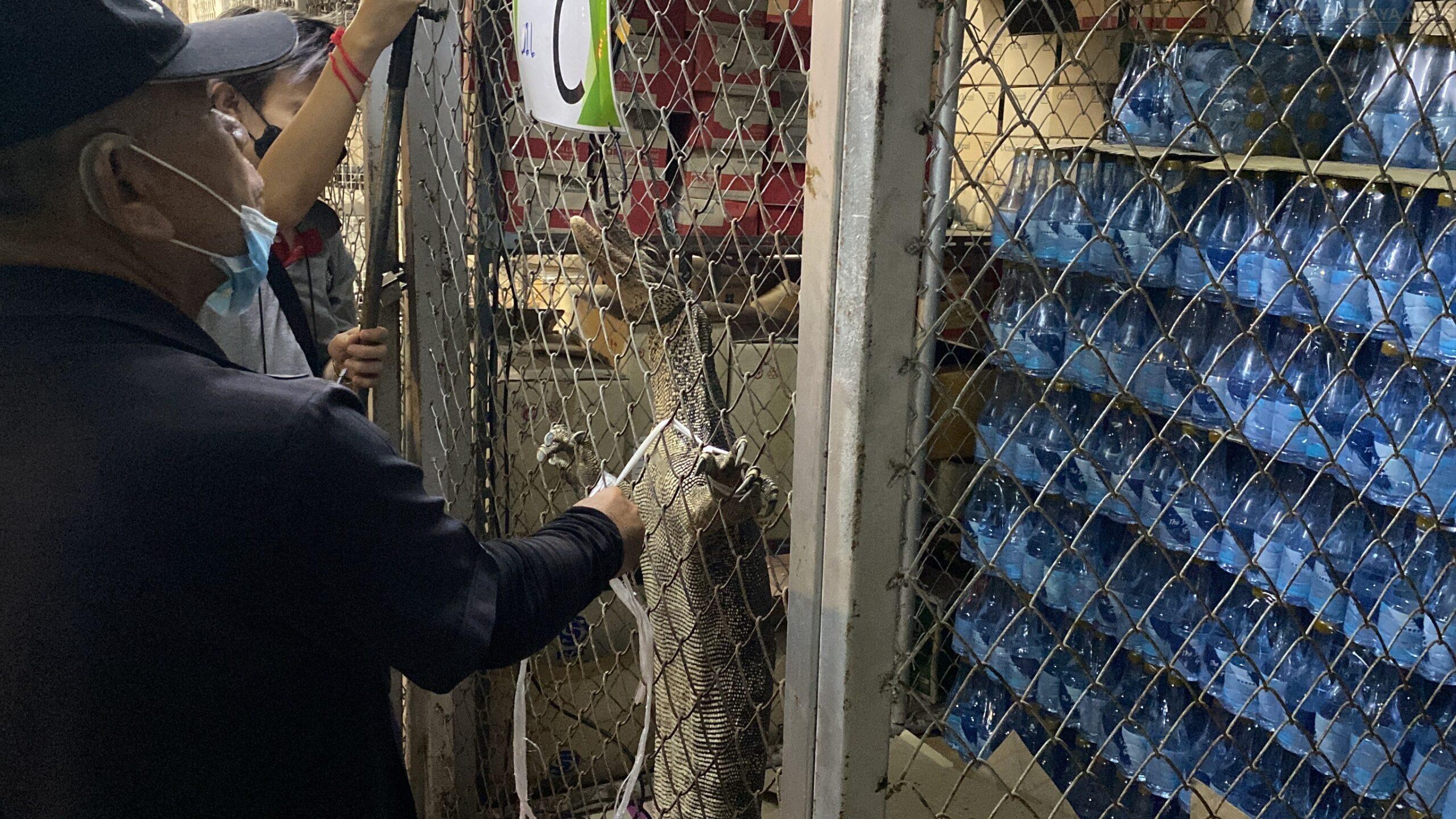 According to the social workers, the lizard measured almost two meters in length and weighed more than ten kilograms. It was found clawing around the storage room and was captured later with a noose. The lizard was safely released far away from the residential area by social workers. 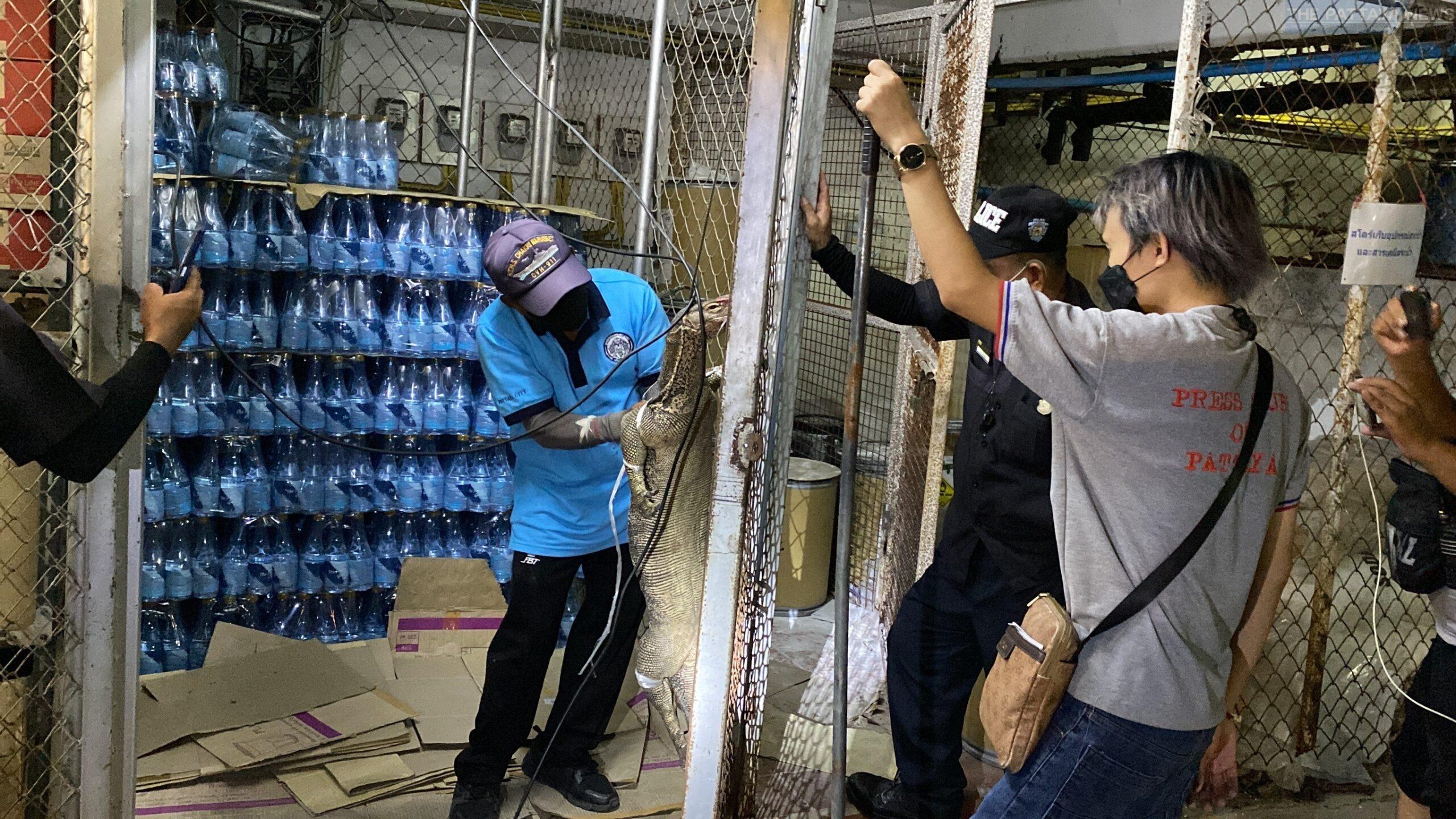