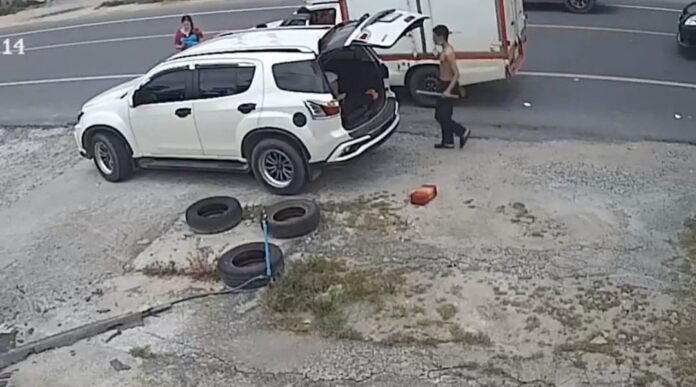 A 54-year-old male truck driver stated to law enforcement that he was attacked by ten men after a road rage dispute in Chonburi last weekend.

On May 21st, a construction materials store’s security camera in the Nong Hong sub-district, Phan Thong district, Chonburi, captured a group of young men who charged at a truck driver, physically assaulted him, and damaged his vehicle. The attacking group reportedly consisted of roughly ten men. 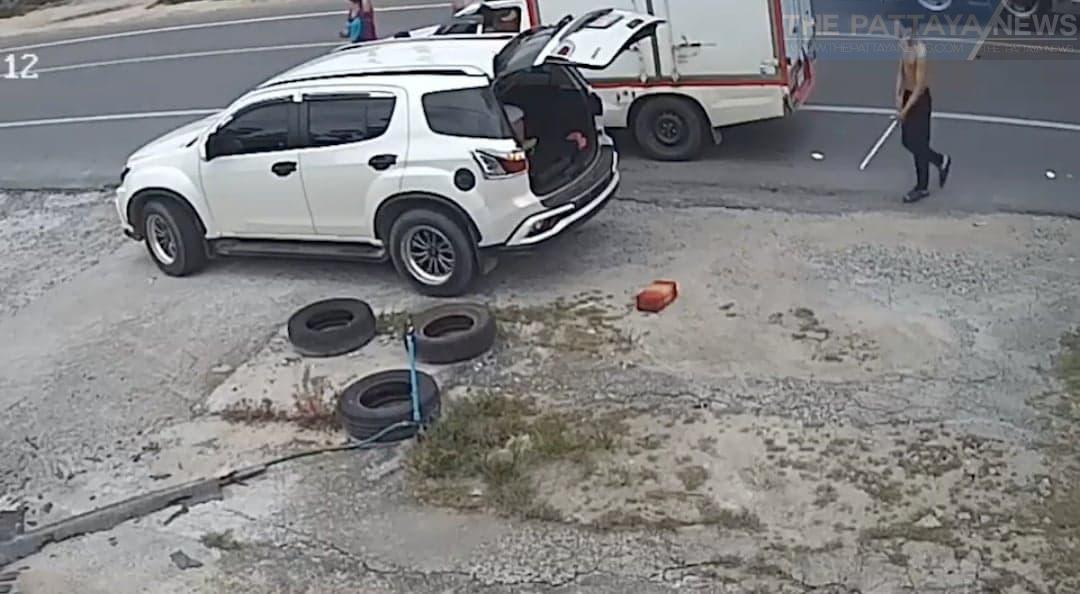 Chan Duangkratok, a 54-year-old truck driver and the victim, revealed his wounds and his broken windshield to local media yesterday, May 25th, claiming that the attackers hit him and his vehicle with a metal stick. 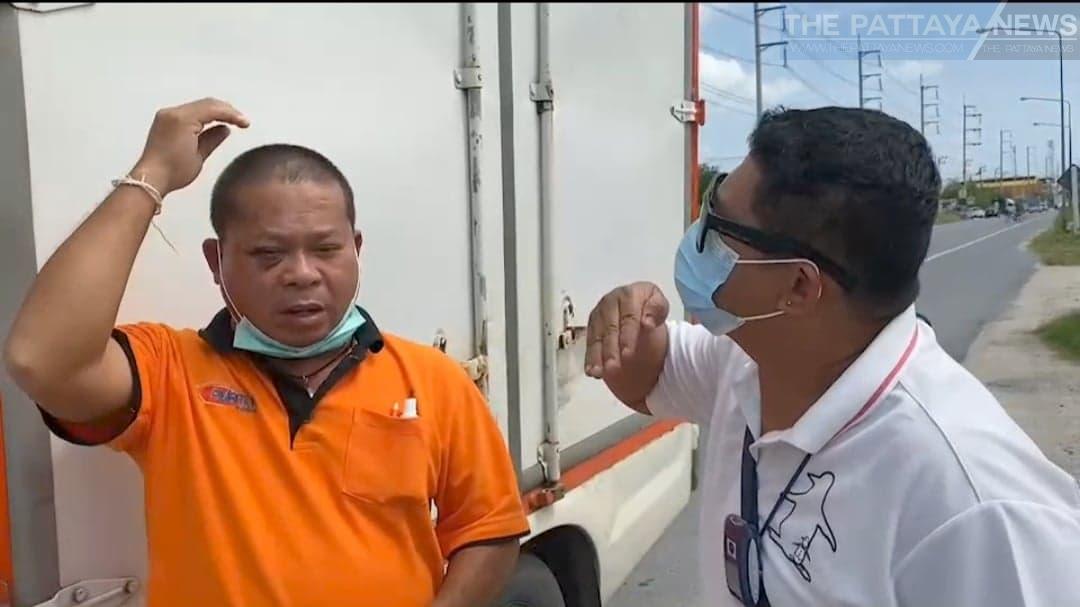 According to local media, Chan was cut off by the suspects who accused him of not letting them pass. The victim intended to negotiate and apologize, but the suspects suddenly charged at him and assaulted him with a metal stick. Chan said that he was so stressed that he could not sleep, and that his company, which was not named, had already reported the case to the Phan Thong Police Station. 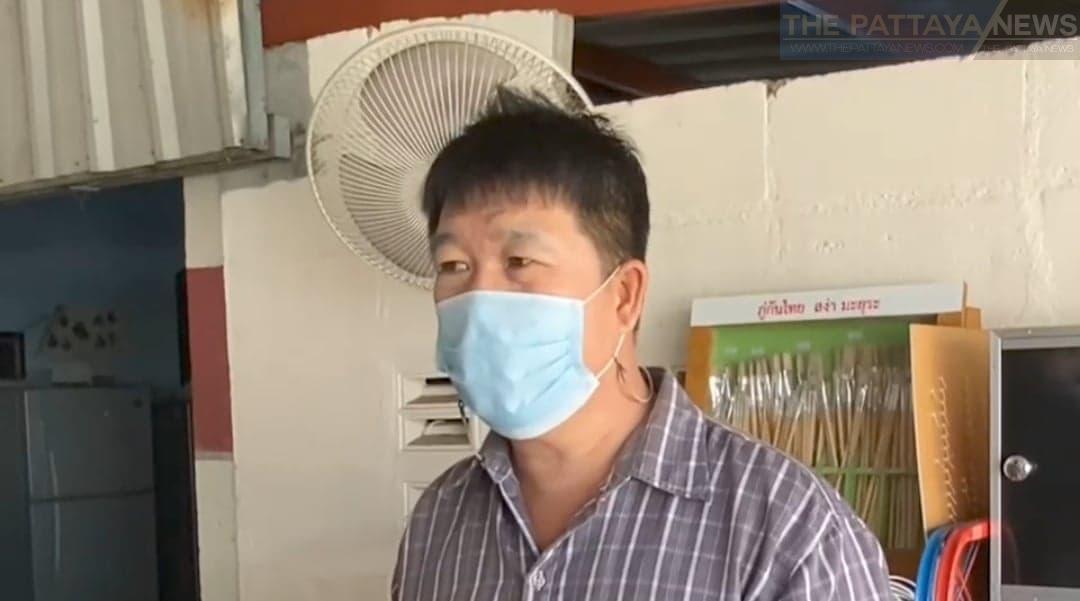 Wanchai Santiwanakul, the 53-year-old owner of the construction store and eyewitness, said that a group of ten men assaulted the victim with a metal stick. He was afraid to get involved, so he could only watch until the suspects fled.

Chief of Phan Thong Police Prasert Kulabutdee told TPN media that he had already interrogated the victim and was waiting for medical results as evidence to file a lawsuit against the suspects.