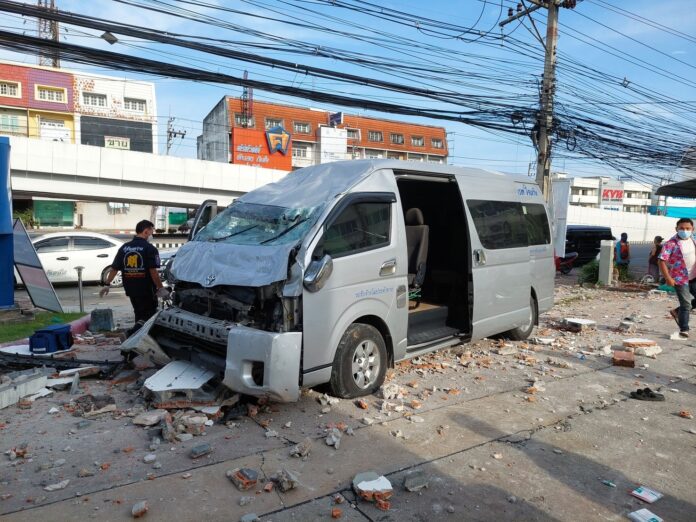 A minivan crashed through a wall into a gas station with two occupants injured in the Pattaya area last evening. The driver was being tested for drugs and alcohol. 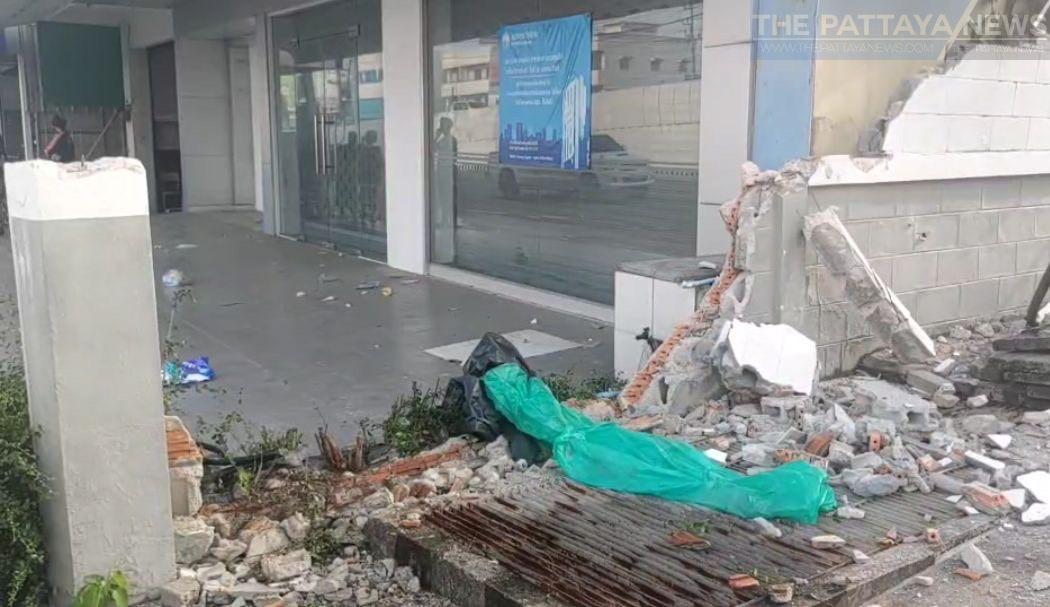 The police found a grey Toyota Commuter minivan in a demolished condition. According to eyewitness reports, the van suddenly crashed through a wall into a gas station.

The police discovered a young Thai woman inside the vehicle with a minor head concussion and a male driver with undisclosed injuries as well (both names and ages not given). The driver reportedly could not speak coherently about the accident and the cause, but both victims were immediately transferred to a nearby hospital.
Raman Ameoch, a 38-year-old eyewitness, told TPN Media that the van driver was driving at high speed and cut him off before losing control and colliding through a gas station wall. 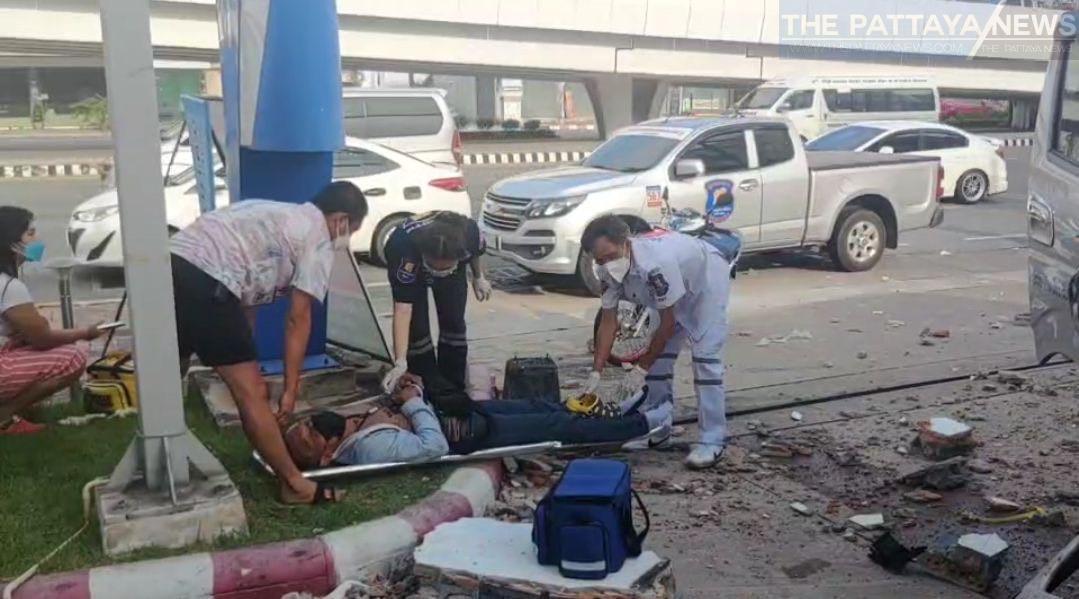