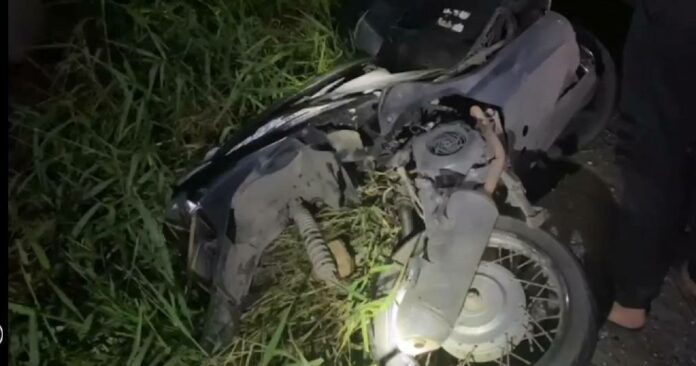 A 49-year-old woman was reported as deceased after crashing into a sedan and being run over by a second car while driving the wrong way overnight in Chonburi.

Yesterday, May 11th, during the early morning hours, Wutthipong Talam, Inspector at the Ban Bueng Police Station, was notified of a fatal road accident on the Nong Chak – Phanat Nikhom 349 Road in the Nong Chak Subdistrict, Ban Bueng District, Chonburi. It was reported by local residents that the accident took place at a dangerous bend with multiple fatalities previously.

Wanpen Udomsamut, a 49-year-old female driver, was pronounced dead at the scene with severe injuries. Her identification card indicated that she resided in the Ban Bueng District, Chonburi. Her black Isuzu motorcycle, which had been broken in half, and her phone were discovered 10 meters away from her body. 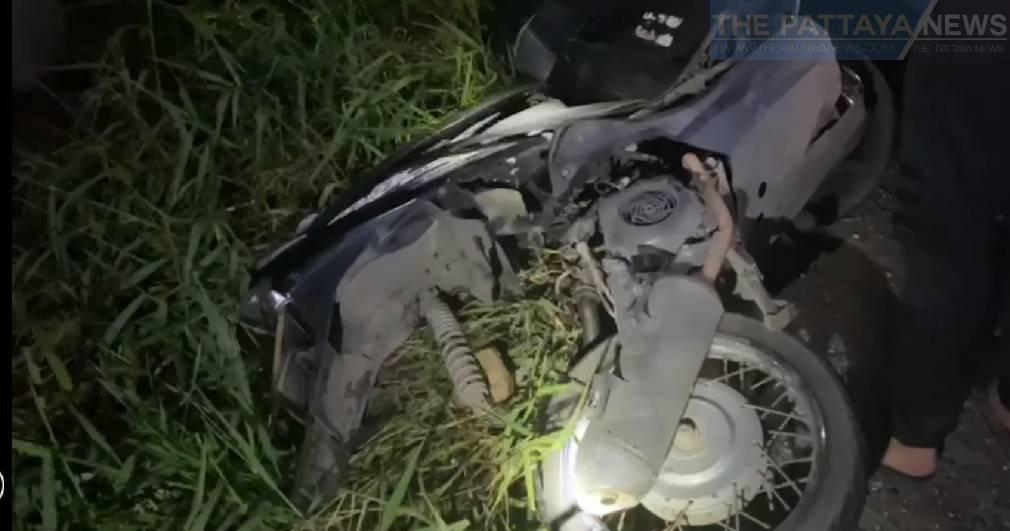 When asking the victim’s 47-year-old friend Supawadee Thaopool, who had been driving a second motorbike near her friend, she stated that she and her deceased friend just came back from a party. She reportedly confessed to drinking, driving while intoxicated, and wrong-way driving at the time of the accident. She told her friend to slow down, but her friend did not listen and suddenly lost control of her bike and crashed into a sedan then got crushed by a succeeding car. The sedan driver did not escape and called the police, Supawadee stated.

The 25-year-old sedan driver, Wichaya Sonsaeng, was in shock and told the police that the accident scene was an S curve, and the deceased woman was driving in the wrong direction and crashed into him. He was described as very cooperative by police and no legal charges had been filed as of press time.

The woman’s body was transferred for an autopsic proceeding.