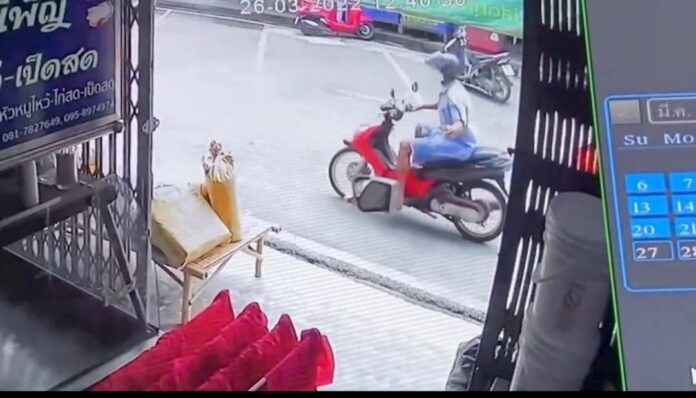 Security footage appeared to show a male motorcyclist tossing a bucket full of gasoline and lighting it on fire in broad daylight into a stranger’s house in a case of what Phan Thong police are calling random arson over the past weekend. 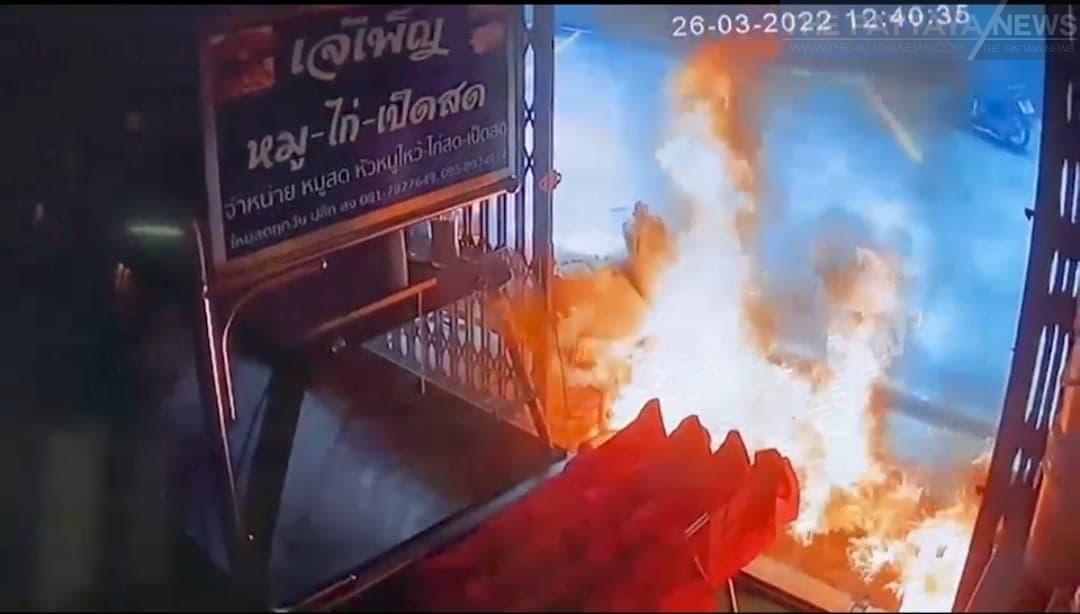 The video, taken on Saturday, March 26th, 2022 at 12:40 P.M. showed a man wearing a shirt, shorts, and a motorbike helmet riding a black-and-red Yamaha Nuno with an unidentified number throwing what seemed to be a bucket full of gasoline and igniting it into a house at the Phanthong Fresh Market in the Phan Thong district of Chonburi. The suspect then drove away immediately. Fortunately, the fire was extinguished in time by nearby villagers, and nobody was harmed. After the incident, POL. MAJ. Prasert Kulabutdee from the Phanthong Police Station went to investigate the alleged arson scene and found most of the damaged objects were luckily only plastic and garbage bags.

When POL. MAJ. Prasert spoke with the house owner, Wanpen Kongtoyai, 53, she said that she owned a butcher shop in the market and was watching TV while the crime took place. She was frightened at the blaze that suddenly burst out of nowhere at the front of her house and then rushed to put it out. She also claimed that she did not know the man in the security footage and never had any dispute with the neighbors or anyone. At the end, Wanpen pleaded with the police to catch the suspect as soon as possible and promised to reward the police after that.

As of now, Phan Thong police kept the bucket and video footage from the nearby cameras as evidence to track down the suspect. The suspect remained at large as of press time.