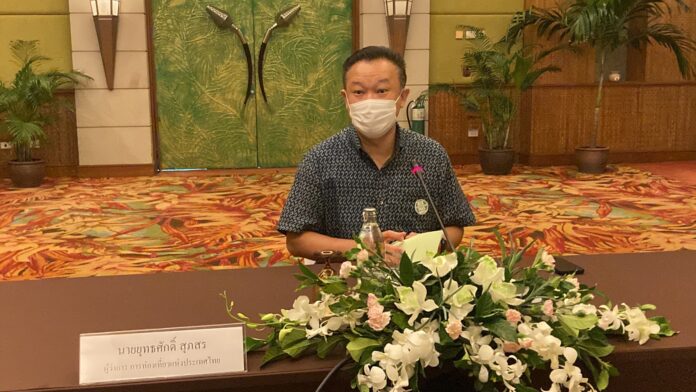 The Tourism Authority of Thailand (TAT) is aiming for tourism business operators in Pattaya to perform a roadshow during upcoming ministers’ visits to Saudi Arabia to promote tourism and strengthen relations between the two countries, following the Prime Minister’s agenda.

TAT Governor Yuthasak Supasorn revealed during a major meeting with local entrepreneurs group “One Voice” in Pattaya yesterday that Prime Minister Prayut Chan-O’Cha and the Cabinet committee were preparing to travel to Saudi Arabia to tighten a good relationship between the two countries.

TAT officials were also scheduled to travel with the group, according to the Prime Minister’s plan. Tourism and Sports Minister Phiphat Ratchakitprakarn would also set a schedule for a visit as soon as possible. The government believed that the visit would result in a positive response to the tourism industry.

Moreover, representatives of Pattaya tourism business operators were preparing for roadshows and tourism-related activities in Saudi Arabia to promote Thai tourism and attract Saudi tourists to visit Thailand as suggested by the Prime Minister, expecting to have a significant effect on the country’s economy, Governor Yuthasak said.

In terms of Pattaya, early plans are reportedly forming to promote Pattaya as a “HUB” for tourism from Saudi Arabia, especially Islamic tourism, with a wealth of halal foods, local mosques, a growing Muslim community, plenty of quality hotels with prayer rooms that are Muslim-friendly, and family-friendly tourist attractions that are acceptable for Islamic visitors such as shopping malls, beaches, diverse halal restaurants, waterparks, natural attractions, cultural shopping from local Muslim communities, sporting attractions, and more.