The focus is primarily on venues that are former bars or entertainment venues that mainly sell alcohol and have been given permission to temporarily convert to “restaurants”.

Entertainment venues, including bars, pubs, nightclubs, gogos, karaoke lounges, and other similar businesses, remain legally closed since April of last year due to “Covid-19”. Only modified restaurants with health certifications that are approved by the provincial authorities are allowed to be operated.

Chonburi and another seven tourist pilot provinces have approved the extension of drinking hours at qualified eateries from 9:00 PM. to 11:00 PM., effective on January 24th, 2022.

Two people identified as managers or owners of converted restaurants were arrested. One venue was allegedly opened over the legal time limit while another venue was reportedly illegally opened, lacking proper licenses and certifications. 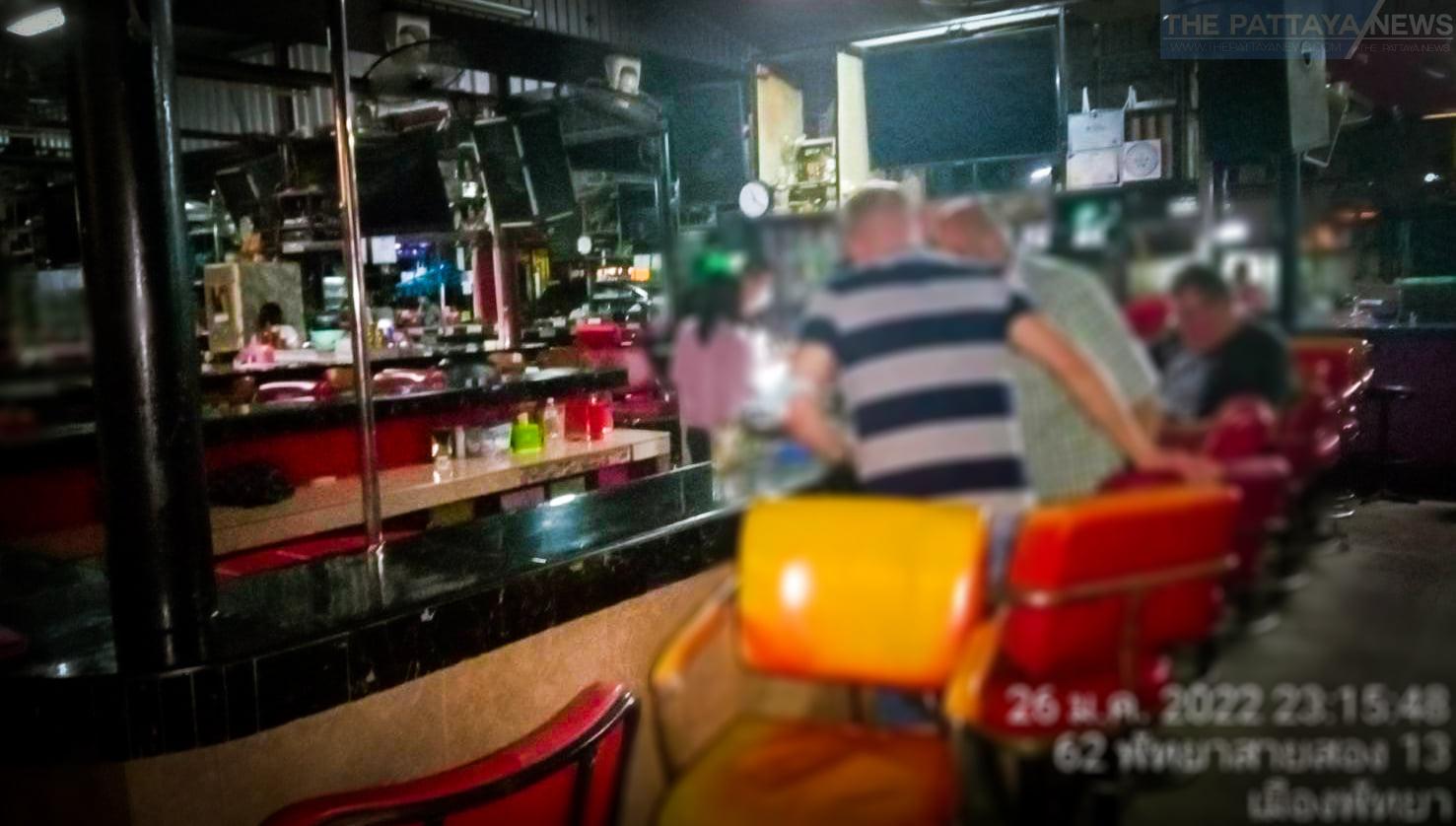 Both managers were facing charges of opening entertainment venues without a permit and/or violating lawful orders, breaking the Chonburi Disease Control Orders. Their names, however, were not released.