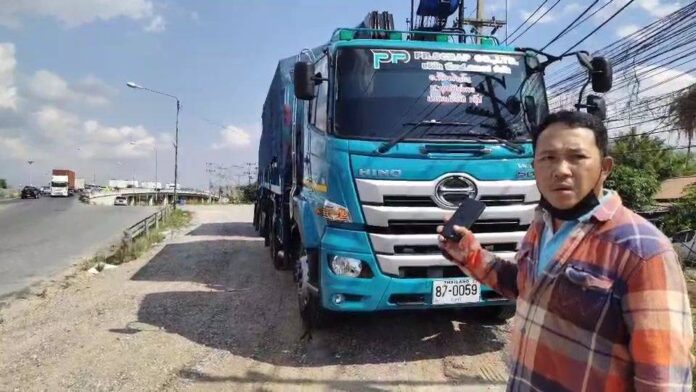 A young female motorbike driver has been pronounced dead at the scene after being run over by a trailer truck in the Si Racha district over the past weekend.

The Nong Kham Police were notified of the accident Friday (January 21st) on a road in the Bueng sub-district. Police and emergency responders arrived at the scene to find the body of Ms. Pinrattana Lekpracha, 24, from Khon Kaen. Nearby, the first responders found the trailer truck and a damaged red motorbike with a helmet lying only a few feet away. 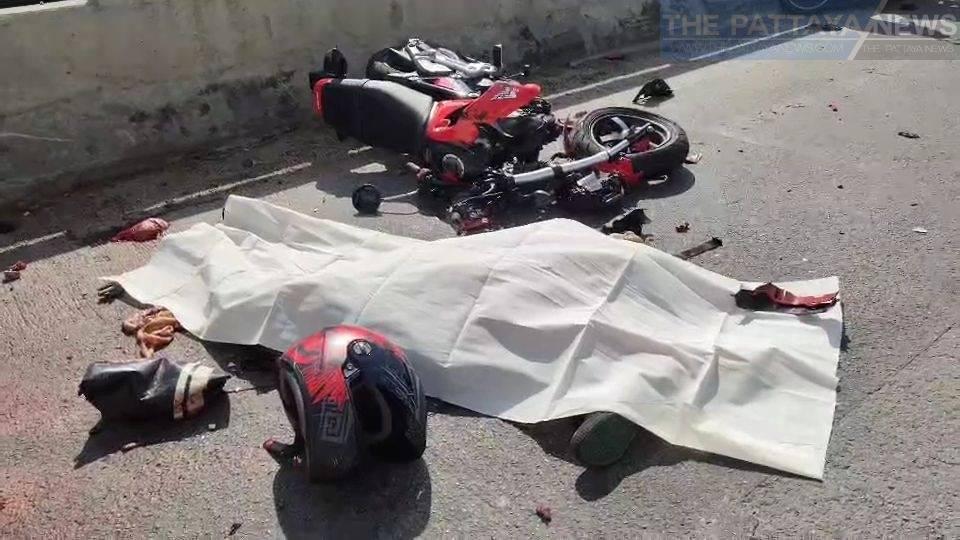 Ms. Sunida Tongkraronk, a colleague of Ms. Pinrattana who later arrived at the scene, emotionally told Nong Kham police, “Ms. Pinrattana was rushing to a work shift at a convenience store nearby.”

The trailer truck driver, Mr. Arthit Songjaroenwong, 44, was waiting for police uninjured at the scene. He told officers, “The young lady lost control of her bike and toppled over before being run over by my vehicle. There was no way to stop in time.”

The Nong Kham police are continuing an investigation for possible further legal action and had not initially announced what, if any, charges would be placed.