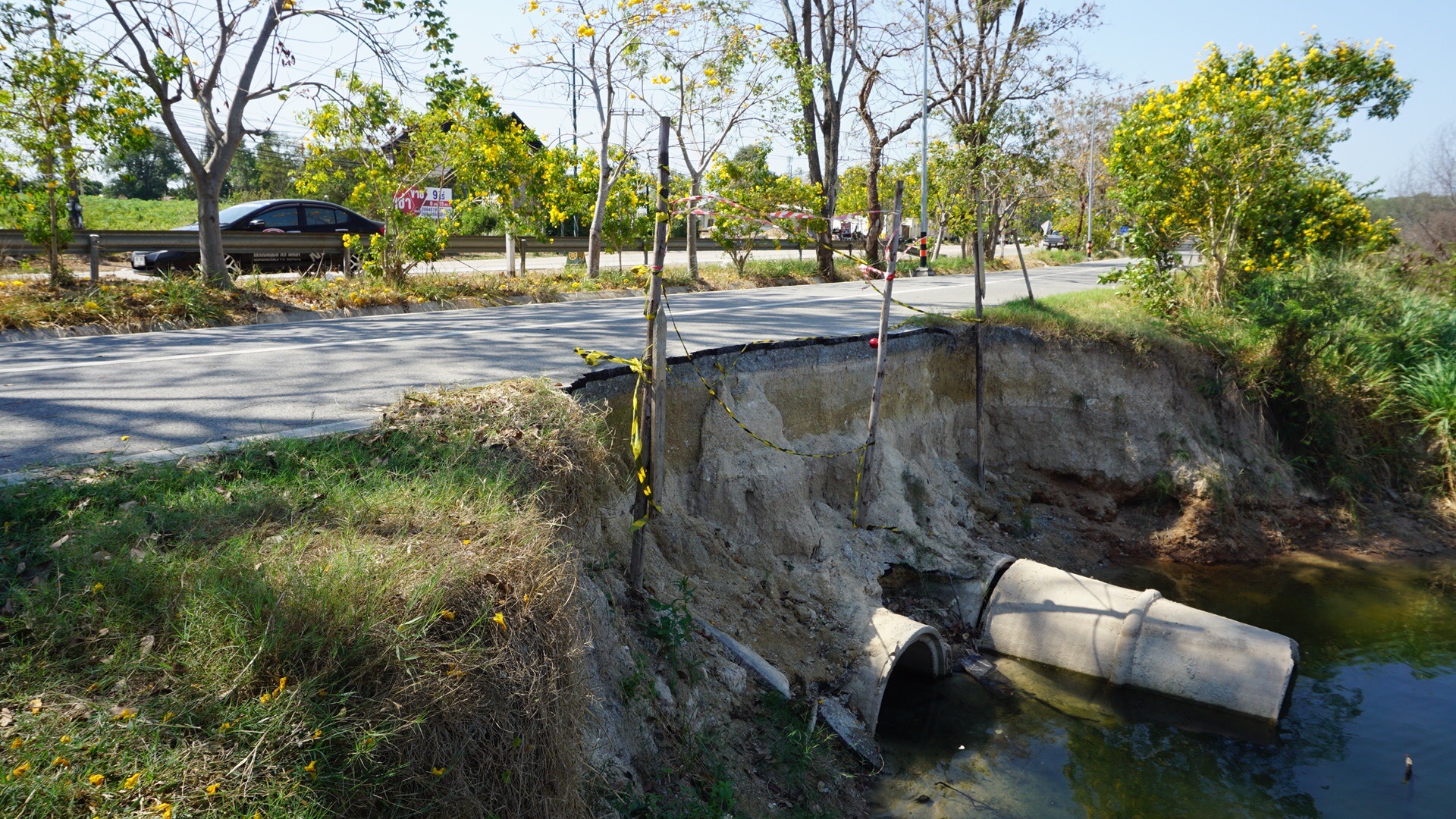 Bicycle riders have complained to TPN media regarding a damaged portion of a Walking-Running-Cycling Trail in Banglamung as they have concerns about safety for cycling and exercising. The Pattaya News has received several complaints regarding the trail in question around the Marp Prachan Reservoir in the Pong sub-district. Some parts on the side of the trail appear to be damaged, falling off steeply into the reservoir nearby with only flimsy tape (see below) as a deterrent. Both Thais and foreign residents regularly use the trail for riding bicycles and exercising every morning and in the late afternoon. Additionally, there are no lights at night time according to those making complaints. 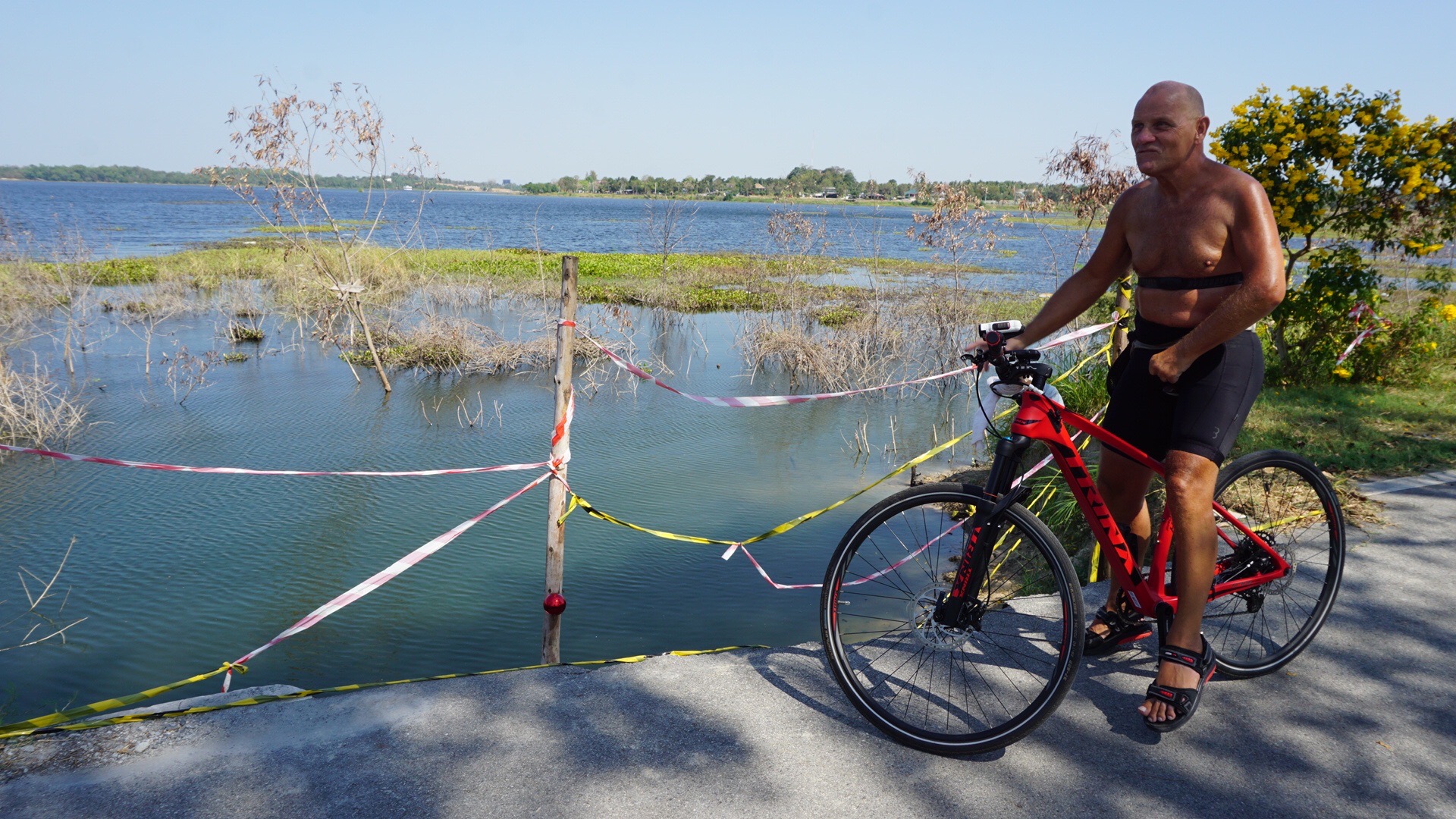 The Pattaya News reporters went to the area, where the trail is on the same side as Soi Siam Country Club before an intersection to Huayyai. The side of the road appears to be eroded by water and is about two meters deep. 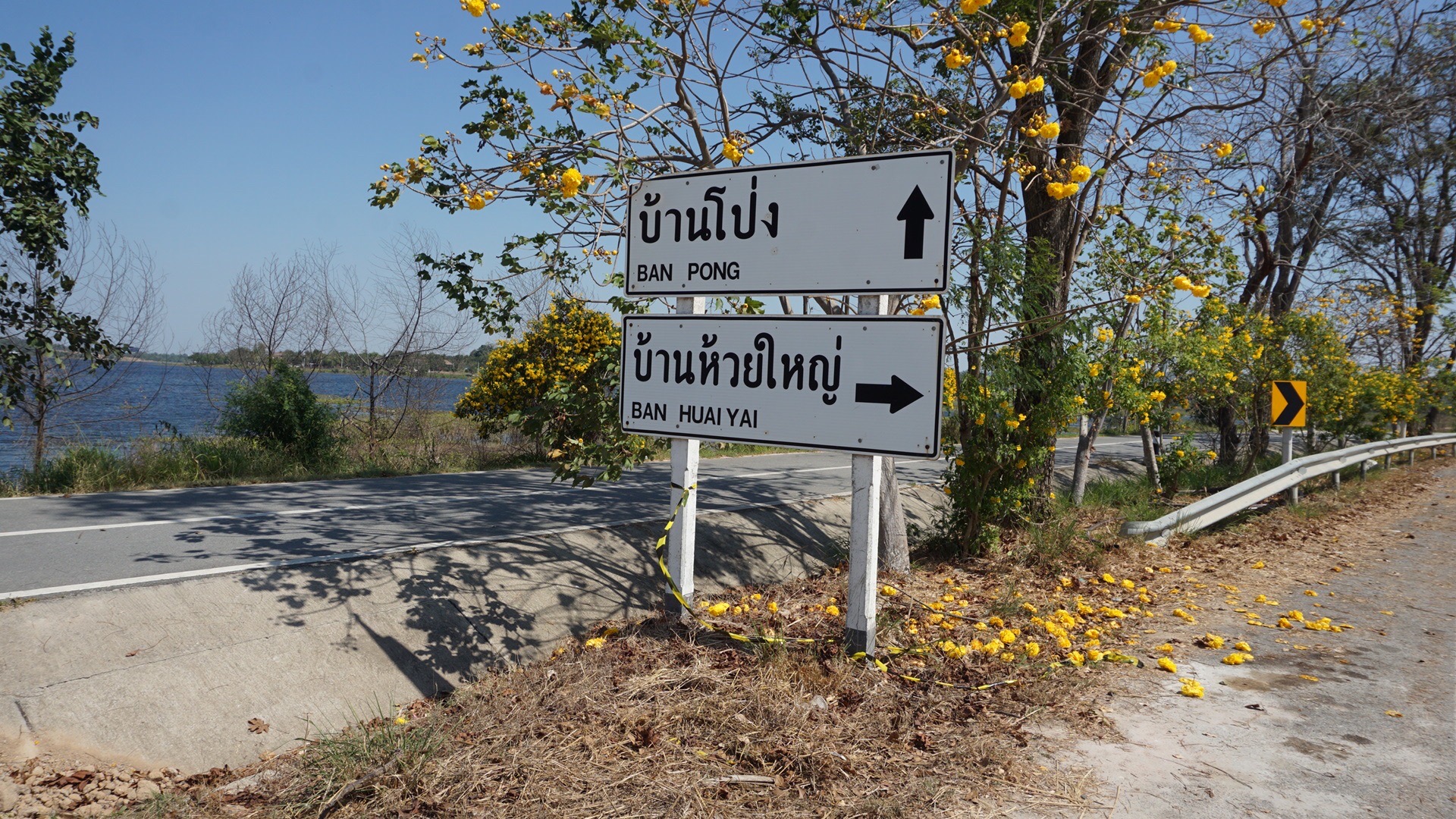 The Walking-Running-Cycling trail is a project to support domestic tourism and physical fitness around the Marp Prachan Reservoir. It is about 12 kilometers long in total. The trail construction was completed in 2019 with a 128 million baht budget. 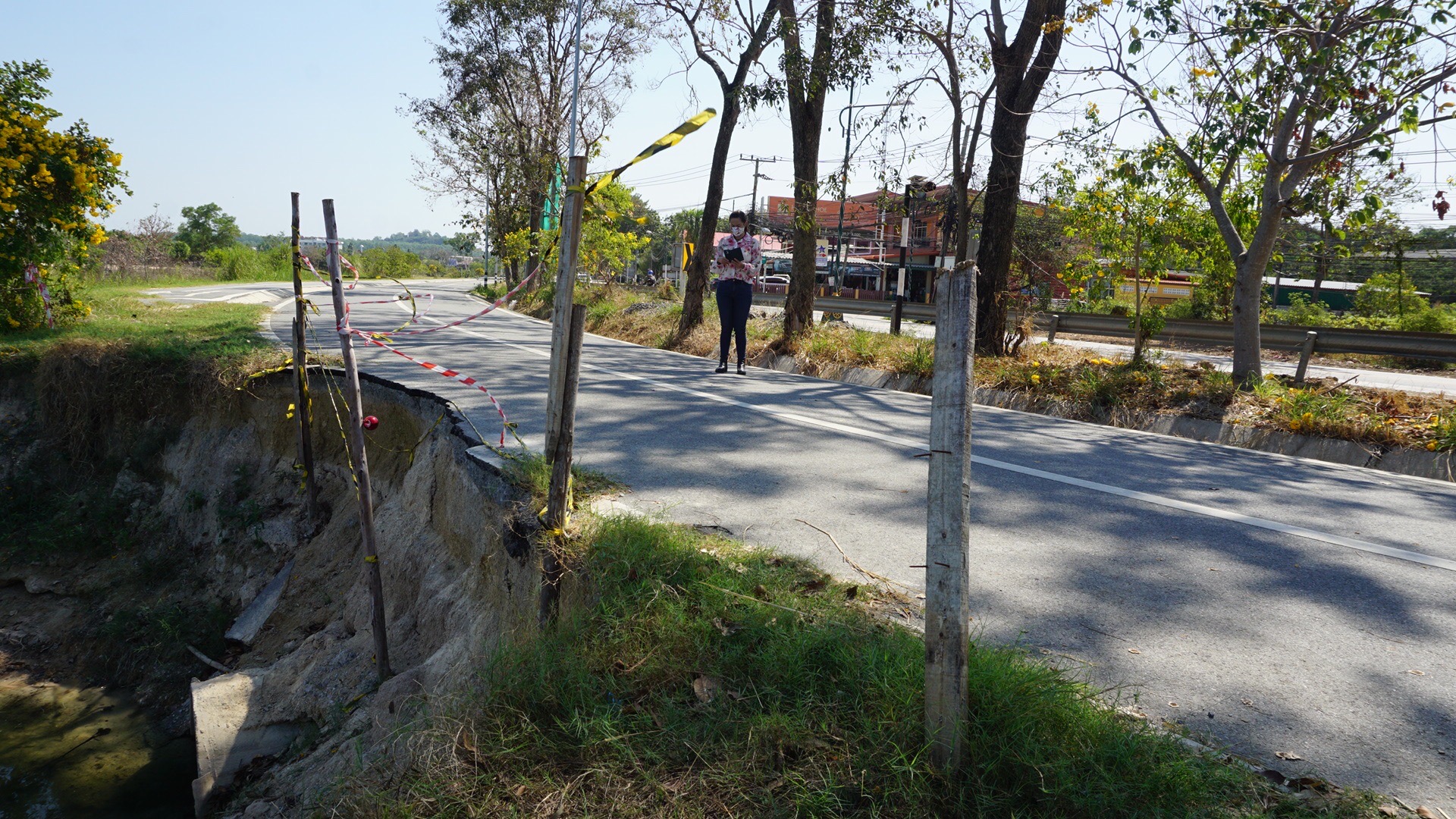 TPN media has reported the issue to the Pong Municipality Deputy Mayor Mr. Nithi Intim. He has confirmed to cooperate with relevant offices to fix these problems, although a specific timeline or estimate of a completion date was not given.