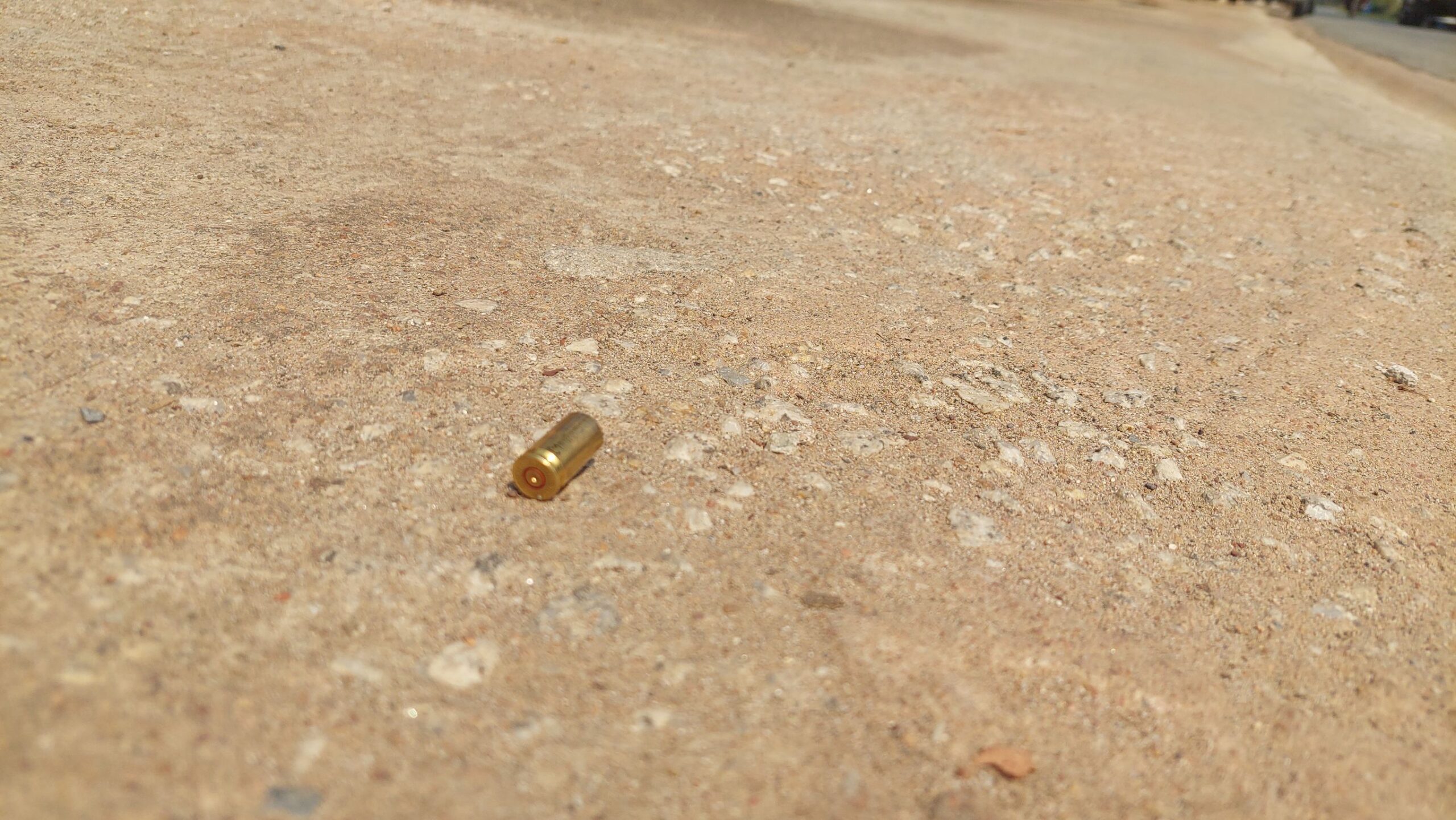 One person has sustained injuries after what Sattahip police say appears to be a teenage suspect firing more than ten gunshots in public in Sattahip yesterday not far from Bang Saray Beach (January 18th).

Local residents in the Bang Saray sub-district reported to the Sattahip Police that they heard more than ten gunshots in the early morning in front of a resort on Jantasaroe Road. Several of the residents had been woken up from their slumber by the sound of numerous gunshots. Sattahip Police and TPN media arrived at the scene of the incident just after dawn to find some spent bullet cartridges lying on the road. Law enforcement officers from Sattahip checked CCTV footage nearby from a local general store and stated that they have identified a teenage suspect who escaped in a car after opening fire with a weapon at a second person. Sattahip police stated that the suspect was known to them but did not release the name of the suspect as of press time, citing the fact they believed that the victim was a minor and an ongoing investigation. Sattahip Police told TPN media that one person had been apparently injured from a gunshot wound in the altercation but the victim had not filed a police report nor sought public medical assistance. They are now hunting for the suspect and continuing their investigation on the incident for further legal action. Sattahip police declined to name a motive for the incident between the two men.