A 42-year-old big bike rider has been pronounced dead at the scene after crashing in Banglamung at just after midnight today (January 17th).

The Nongprue Police were notified of the accident at about midnight on an overpass in Nongprue.

Emergency responders and The Pattaya News arrived at the scene to find a damaged Honda CB500 on the road. Nearby, rescue workers found the body of Mr. Chanwit Mueangkaew, 42, who was bleeding heavily from a suspected skull fracture. A helmet was found near the accident, it was unclear if it had come off during the accident or was not being utilized.

No witnesses were found at the scene. However, Banglamung police are checking CCTV footage nearby to find the exact cause of the accident. 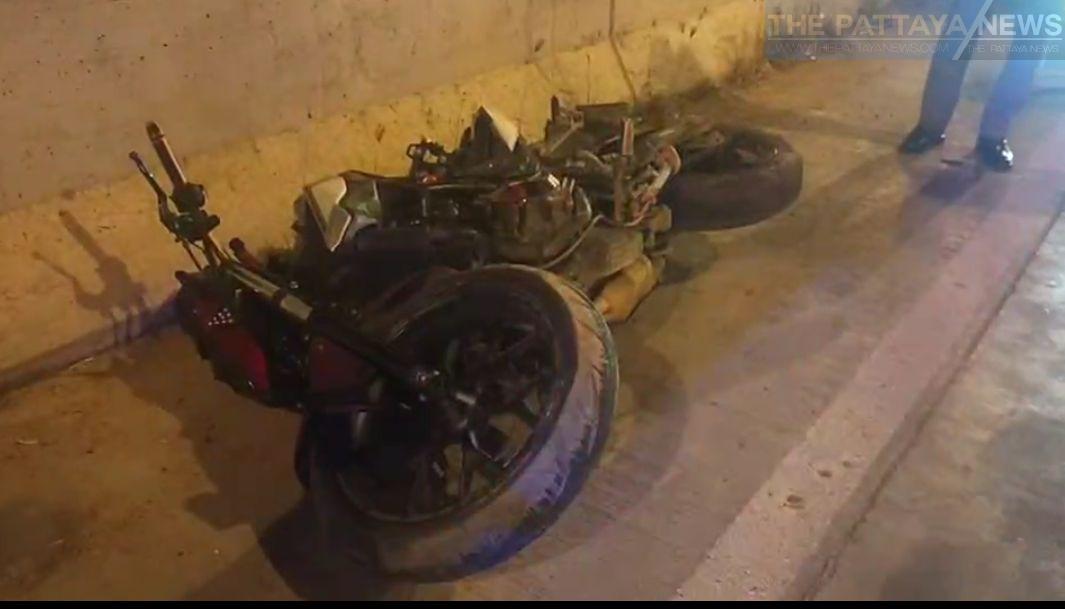