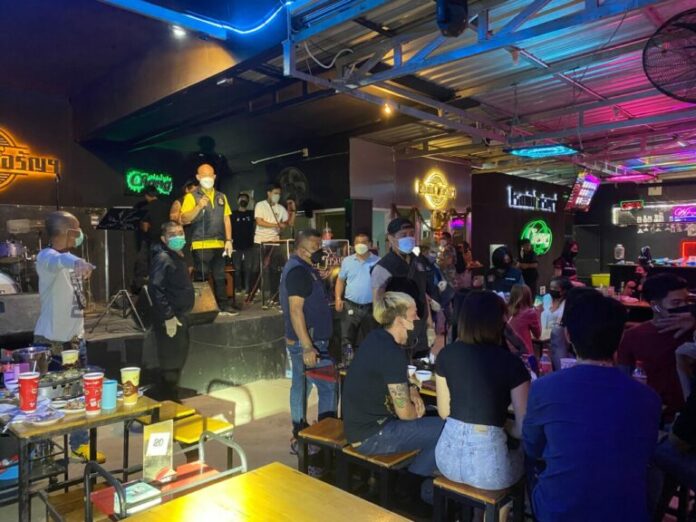 More than 70 officials from the Sa Kaeo Police Station arrived at the “Rong Puk Aran” open-air restaurant on Suwannasorn 33 Road near Aranyaprathet Police Station around 10:00 PM. following alleged public complaints stating that the venue may be violating the order of the Provincial Communicable Disease to prevent the spread of the Covid-19 Coronavirus.

The restaurant was decorated similar to an entertainment venue style. Live music was being performed with 3-4 half-naked male performers on stage. About 22 tables of Thai customers were seen drinking and eating.

Opaque glasses and bottles of alcoholic beverages, allegedly intentionally to hide the drinks, were spotted on the tables and in the trash cans. Promotion Girls (PG) were also stationed at customers’ tables to serve alcohol, similar to bars and pubs. The police then ordered the venue to close immediately. 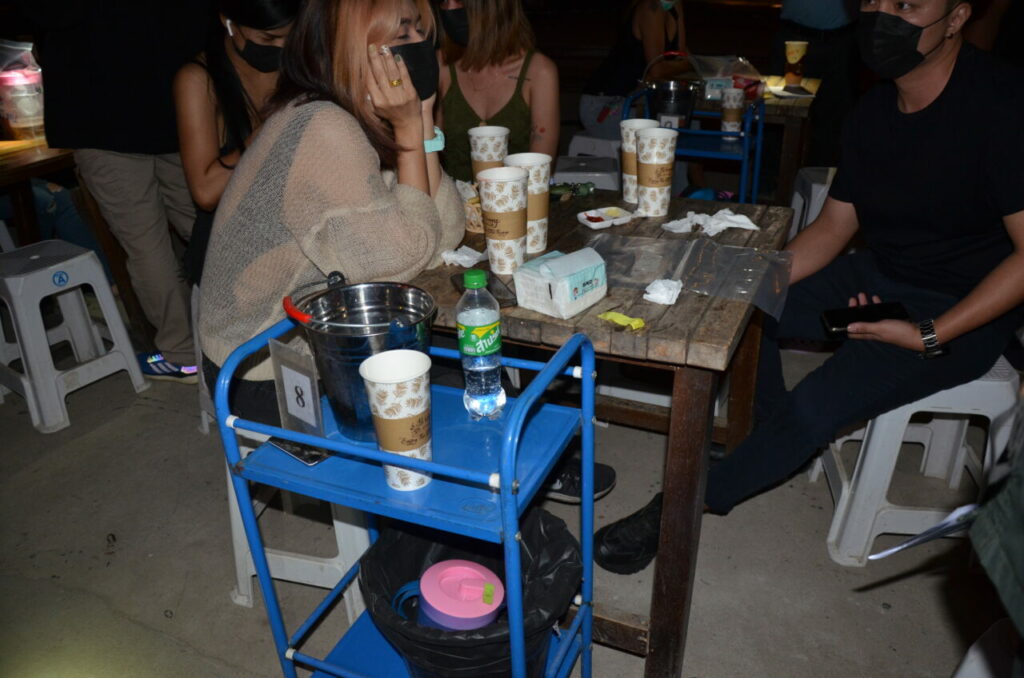 About 86 customers, waiters, and restaurant employees were taken to the Aranyaprathet Police Station for background checks and detention records. The alleged restaurant owner, who was only revealed to the press as Kanchanapimon, also presented herself at the police station.

Initially, the owner was charged for establishing the venue without permission and illegally serving alcoholic beverages in the restaurant which violates the Emergency Decree and the Provincial Communicable Diseases Act. Customers were charged for gathering that poses a risk of spreading disease which violated the order of the Provincial Communicable Diseases Act.

Thailand remains under strict rules, especially for bars and nightclubs, due to Covid-19. Technically, all entertainment venues have been closed since April of 2021.