A Norwegian national, 55, filed a complaint to investigators at the Sattahip Police Station in Chonburi against his Cambodian “girlfriend” who reportedly defrauded him out of nearly 200,000 baht, claiming she was taking his money to arrange documents for marriage at the Norweigan Embassy.

The man, whose full name has been withheld and will be referred to only as Kyrie, told the Sattahip officials that he met his girlfriend, Sreem-mom, who is Cambodian but worked and lived in Chonburi, for the first time in person in the Bang Saray Subdistrict in late 2019 after starting to build a relationship on social media platforms previously.

They began a romantic relationship afterwards and promised to get married in Norway. He then flew back to his home country in early 2020, however, the Covid-19 Coronavirus had started spreading across the globe, making him unable to fly back to Thailand. So, both of them had to begin a long-distance relationship via video calls for nearly two years.

During that time, Sreem-mom would reportedly tell him to transfer money to help her, a total of about 1,000 baht for each time they called, claiming that the money would be used for arranging marriage documents at the Embassy of Norway. The total amount was almost 200,000 baht, according to his statement. 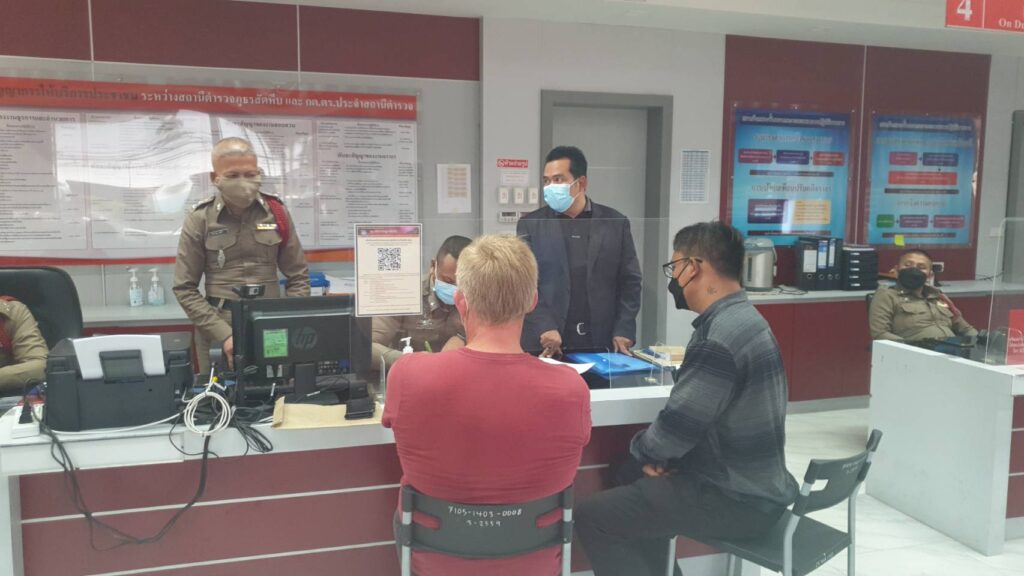 Last month, December of 2021, Kyrie finally managed to return to Thailand after almost two years through the Test and Go program (which has since been suspended due to the Omicron Covid-19 variant) and reportedly asked her to meet him at Bang Saray Beach where they first met, in which she appeared to agree….but she did not show up. He later found out that Sreem-mom was working as an assistant chef at a restaurant in the Bang Saray Subdistrict and now allegedly had a romantic relationship with another foreigner. When being asked about marriage promises and all the money he transferred, she reportedly refused to talk to him and ignored him.

The male victim then decided to report the incident to relevant police officers and hire an attorney. His attorney, Prateep Nakbangkerd, told the local media that filing such complaints may bring justice and can be a case study for foreigners living in Thailand who are defrauded and lied to.

The case, according to Sattahip officials, will be investigated and processed through the Thai legal system.