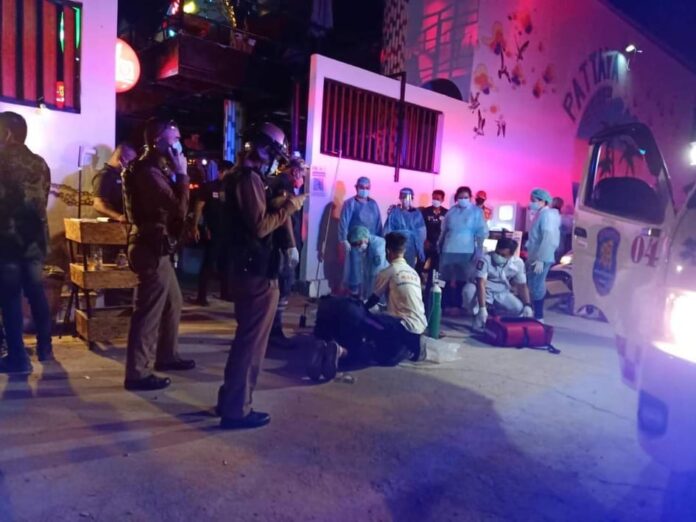 One man is dead this morning and at least two other men suffered injuries during what Pattaya Police described as a “violent brawl” in the Tree Town Market area of Central Pattaya off of Soi Buakhao last night, January 2nd, 2022.

The incident took place around 10:00 P.M. at Tree Town market and was responded to by Lt. Col Krikrit Saiwana, Deputy Superintendent of the Pattaya City Police, and his team after notification from Covid-19 testers who had witnessed the incident.

Along with TPN media and Sawang Boriboon rescue workers, teams arrived at the scene quickly to find 54-year-old Narawit Pongsungnoen lying on the ground seriously injured and bleeding heavily due to stab wounds from a sharp object. Some witnesses described the weapon utilized as a long knife or a machete to Lt. Col Krikrit, although the exact device was not identified by police immediately.

Mr. Narawit was rushed to a local hospital after emergency first aid was used at the scene of the incident but was pronounced dead upon arrival by medical staff and Sawang Boriboon rescue workers. 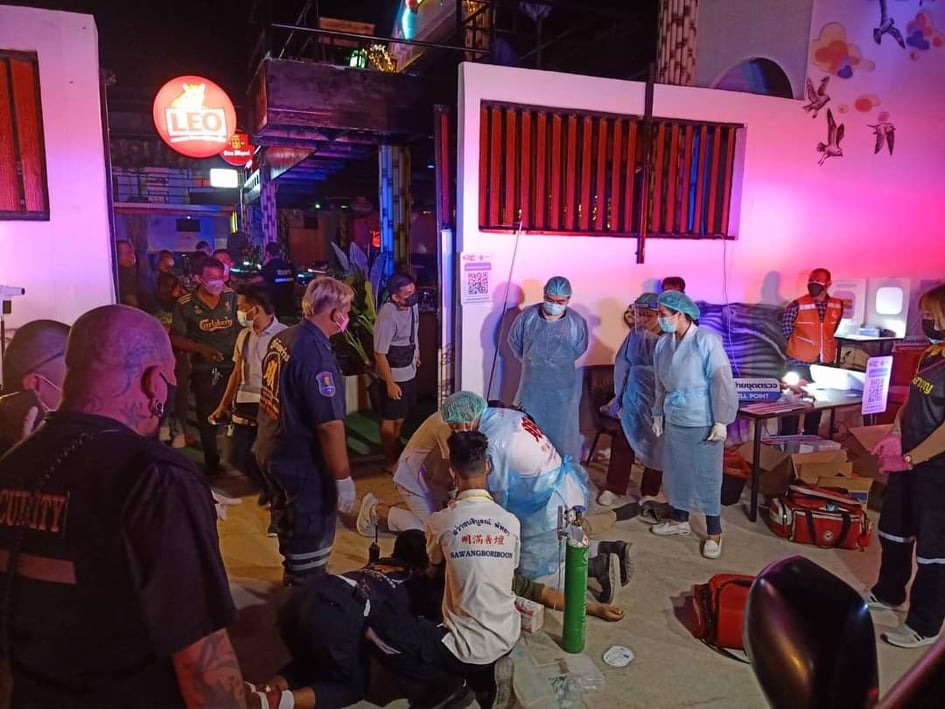 According to the Covid-19 testing team, whose names were withheld by police due to the nature of their work, several members had witnessed the entire incident as it took place nearly directly in front of their testing station. The team was present for free courtesy checks with rapid antigen test kits for patrons and staff of nearby restaurants that sell alcohol. This stems from a recent order from the Chonburi governor, as seen here, that we covered yesterday.

The Covid-19 testing team told Lt. Col Krikrit that the incident stemmed from a group of several men, as many as seven, who were arguing heatedly that escalated into a physical brawl directly in front of dozens of shocked tourists and visitors to nearby venues. The victim, Mr. Narawit, became wounded in the original brawl and attempted to flee but according to the witnesses from the testing team, he fell near their booth and was brutally attacked by several men while lying on the ground. The attack reportedly included kicking the victim in the face, stomping him, and stabbing him with a sharp blade in the chest.

Lt. Col Krikrit stated his team is looking into the motive behind the incident, noting that it appeared based on early information gathered by Pattaya Police that the group of men specifically arranged to meet to discuss a possible business dispute prior to the physical confrontation and escalation. CCTV will be reviewed both in the area of the incident and on the escape route of the other men involved while Pattaya Police work to capture the suspects involved in the brawl.

Lt. Col Krikrit stated that the incident hurt the image of Pattaya as a safe family tourism destination and was a top priority for police to resolve the situation.

TPN media will provide more updates as they are released by Pattaya Police as part of their investigation as this is a still-developing story.