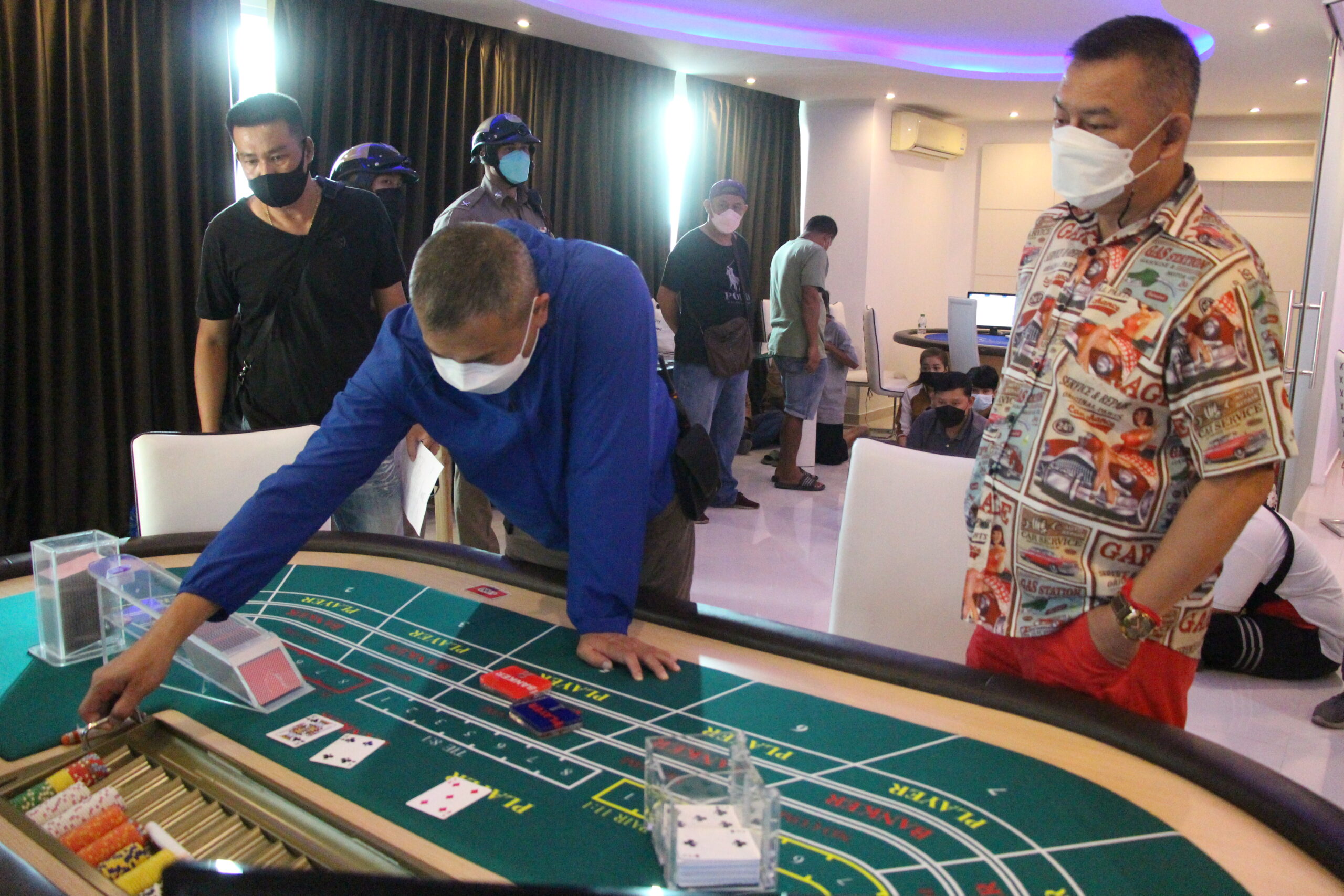 A team from the Pattaya City Police personally led by Pattaya Police Chief Colonel Kunlachart Kunlachai raided the illegal gambling den at 5:00 P.M. on Christmas Day at a luxury condominium in Soi Phra Tamnuk 3, Nongprue. The name of the condominium has been withheld by authorities pending further investigation and court proceedings.

Eighteen people, who were described by police as four men and 14 women have been arrested with multiple gambling items. The cost of money generated in the gambling den cost many millions of baht, according to Chief Kunlachart. 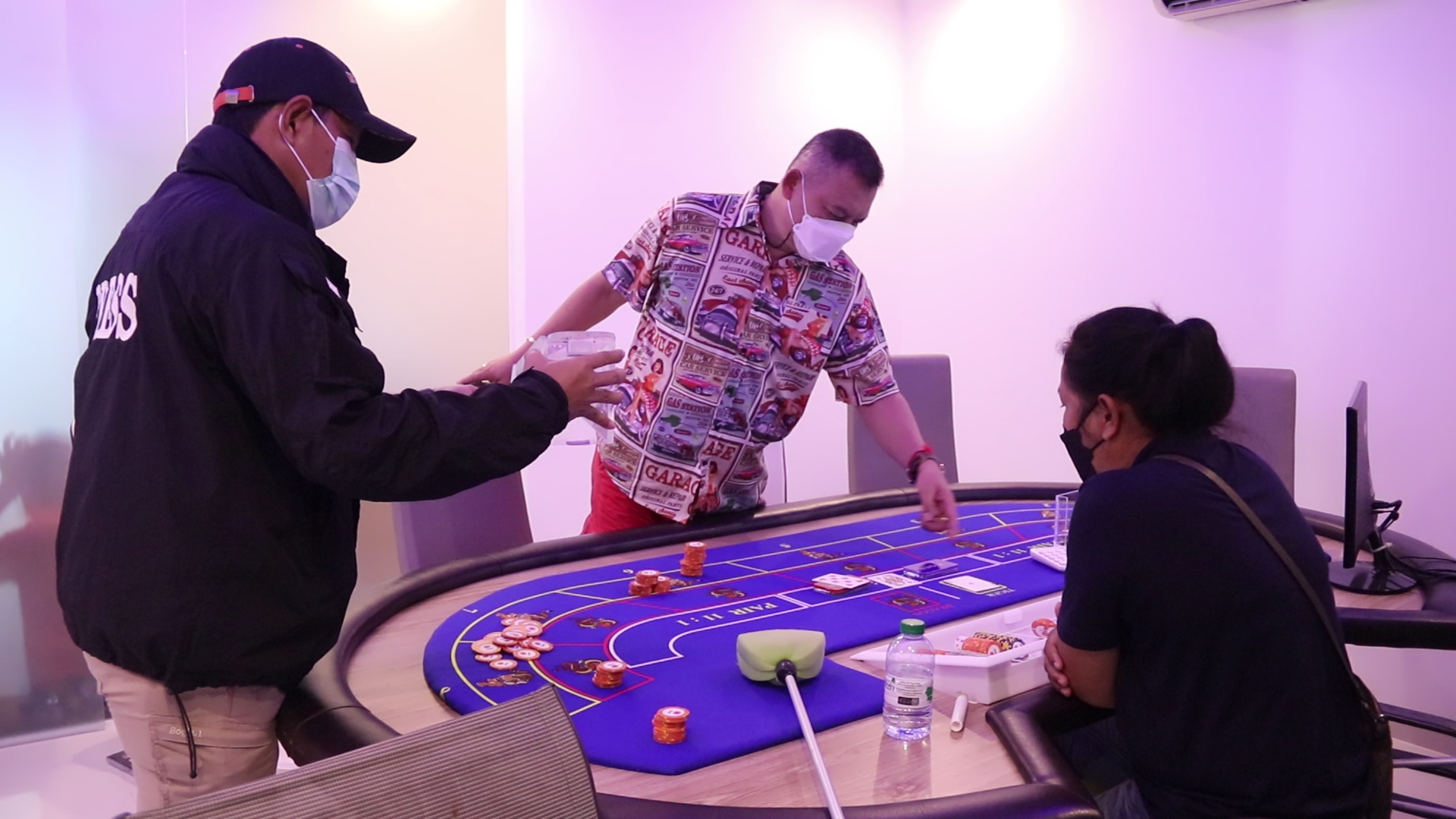 Fifteen of the arrested suspects were gamblers, while three were staff members of the illegal casino. Staffers reportedly received 500 baht per day while gamblers paid 1,000 baht each to enter the casino and join in gambling sessions, which then varied significantly in terms of cost for each game or bet they chose to make.

All the suspects were taken to the Pattaya City Police Station while police are continuing their investigation and attempting to determine who is behind the establishment as the actual owner. Pattaya City Police did not release the names of the suspects but stated that gambling was not just highly illegal in Thailand but also a very risky activity for the spread of Covid-19 and was a major concern for Pattaya police.

Last year, in 2020, a cluster of Covid-19 infections that started from illegal gambling establishments in Rayong and Chonburi eventually led to basically a second series of business closures, and Covid-19 restrictions that were implemented for five weeks one day before New Year’s Eve and caused significant economic damage notes TPN media.

Pattaya and Chonburi officials still remember this major issue last year and ordered earlier this month a major crackdown on illegal gambling to try to prevent more economically damaging Covid-19 restrictions and the spread of the virus. 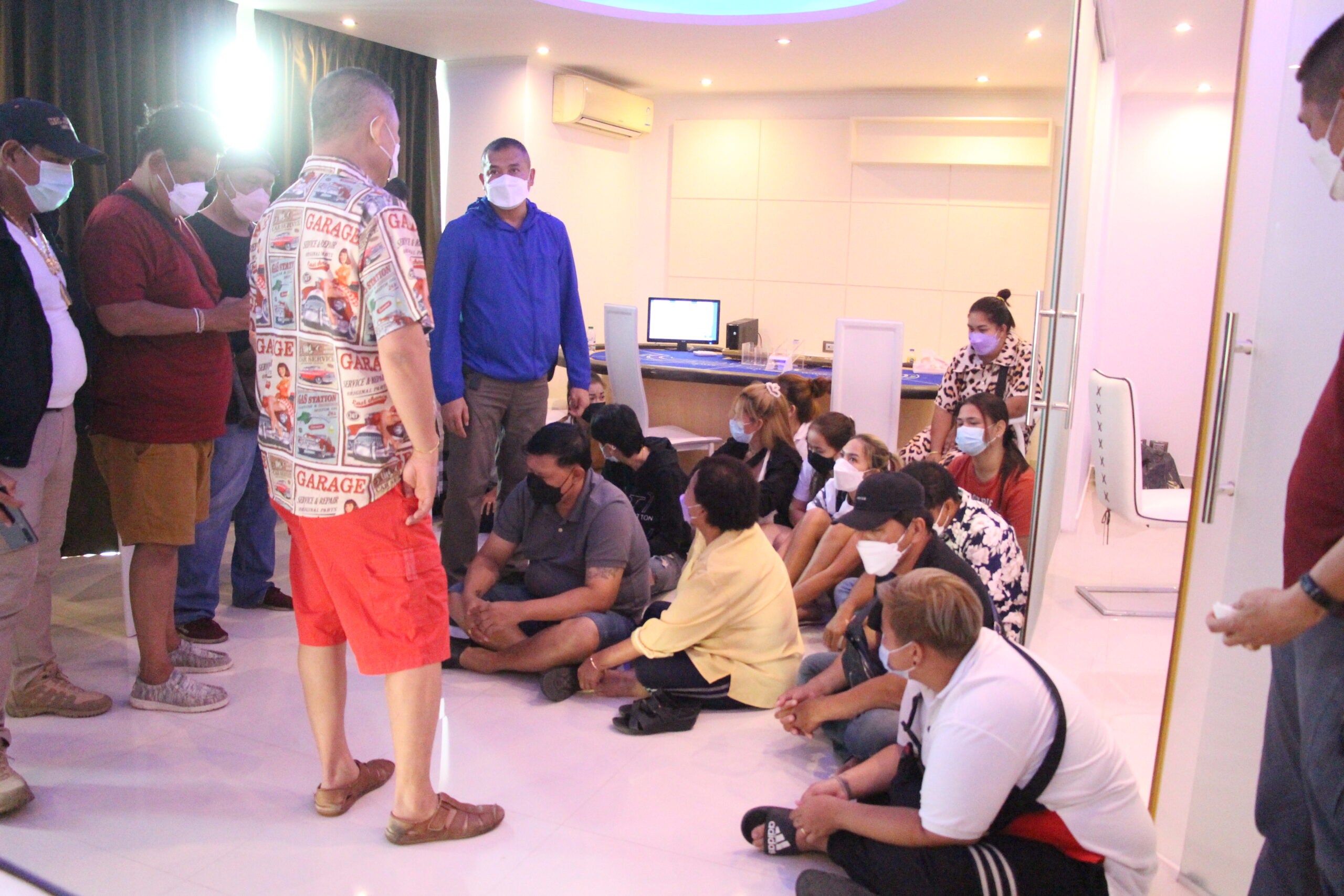