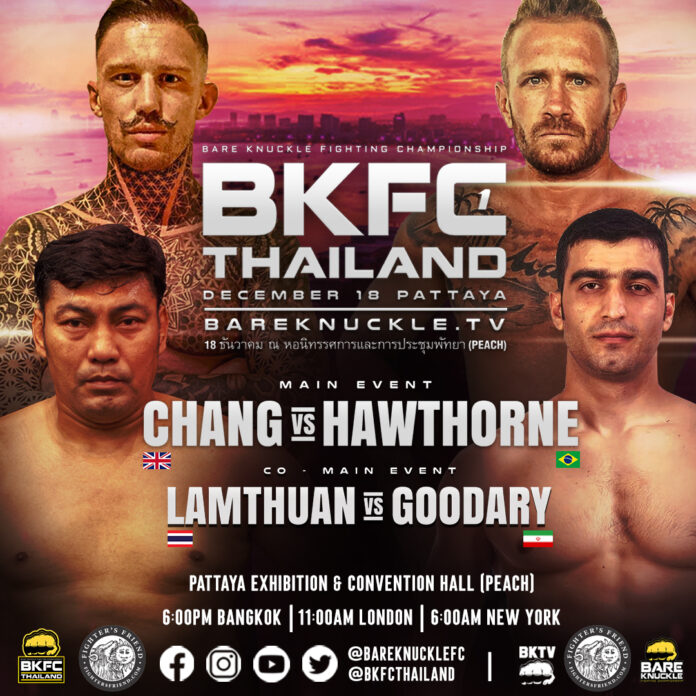 Lockdowns have been lifted, Covid has taken a well-earned bare-knuckle fist to the face, and everyone in the Kingdom of Smiles is ready to get out and about and start enjoying life again. And what better way to jump back into the swing of things than to witness some impressive bare-knuckle fighting action with BKFC knockouts, beatdowns, and more.

Coming to you on December 18th, 2021, from the beautiful city of Pattaya, Thailand, is BKFC Thailand 1 “The Game Changer” (Bare Knuckle Fighting Championship Thailand-1). Tickets are on sale now at all Thai Ticket Major outlets or by clicking the link: https://www.thaiticketmajor.com/sport/bkfc-thailand-2021.html This epic first event will be held at The Pattaya Exhibition And Convention Hall (PEACH), located at the world-renowned and multi-award-winning, Royal Cliff Hotel. Situated on a beautiful coastal playground, this 5-start resort is like no other and is the perfect spot for spectators to get away and unwind and enjoy this epic world-class fighting event. 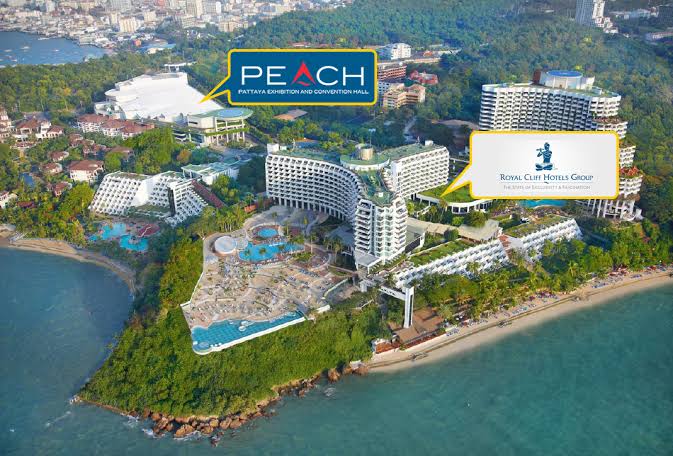 BKFC Thailand 1 “The Game Changer” is brought to you by Nick Chapman, former MMA Champion and CEO of BKFC Thailand, and his associates. He is a prominent figure in the Thailand fight scene. Often refereeing large-scale fights, promoting events, managing fighters, and contributing to the growth and excellence of the Thailand combat sports fight scene. His current focus is building the BKFC brand in Thailand and across Asia.

BKFC is a globally recognized organization, thanks to the efforts of BKFC President and CEO, Dave Feldman. BKFC has reached new heights in the USA, Europe, and Russia through staging exhilarating, fast-paced bare-knuckle fighting events. 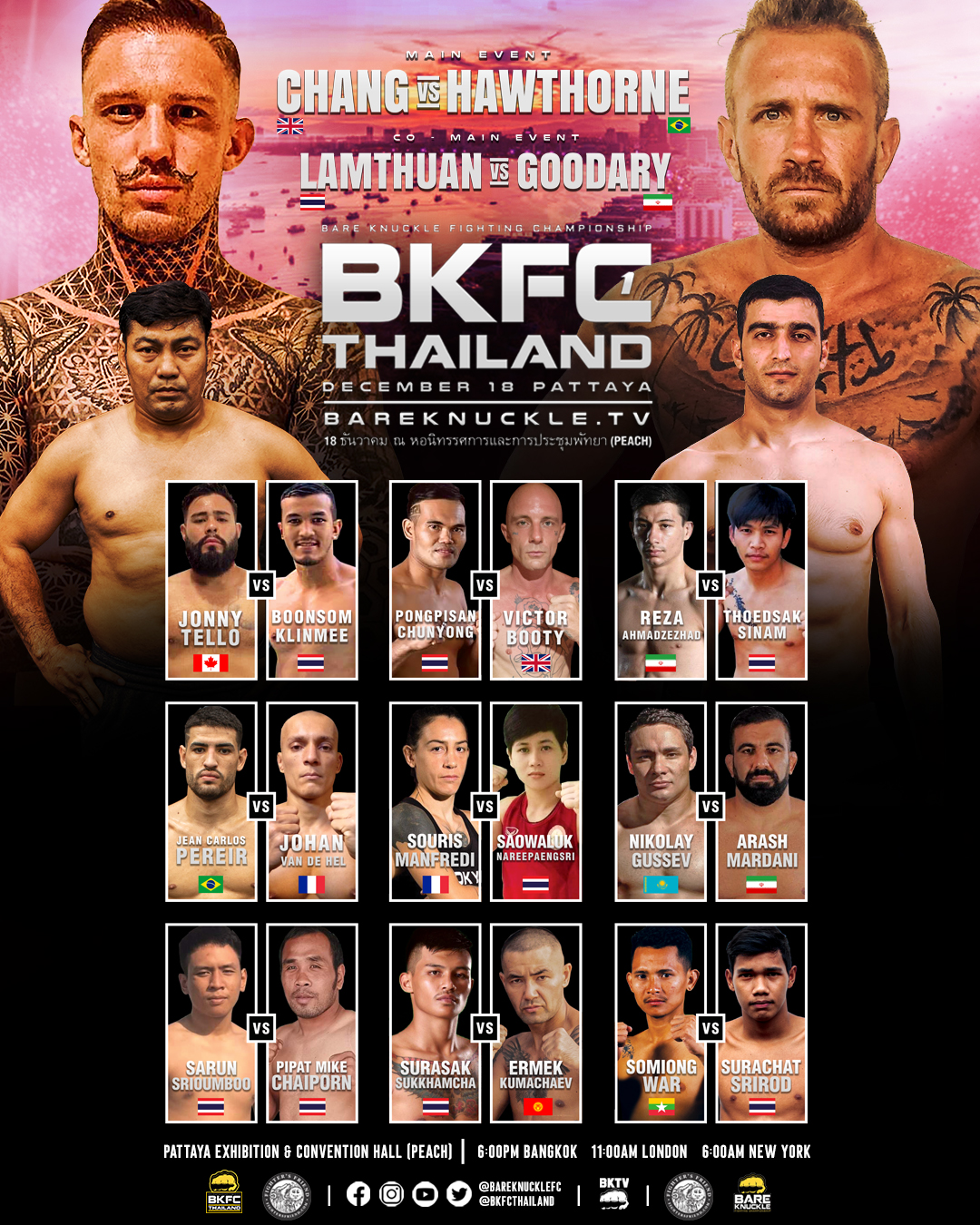 While these remain foreign concepts in western boxing and most other martial arts, these techniques are legal under the BKFC rules, giving MT fighters several distinct advantages in BKFC’s unique arena: The Squared Circle.

Muay Thai fighters have been fighting bare-knuckle or with roped hands for hundreds of years. Thai people are some of the toughest and fiercest fighters on the planet, we believe we will be seeing world champions in BKFC coming out of Thailand very soon

Fighters can’t get stuck in a corner, making fights dynamic and constantly revolving. A really dynamic and exciting treat for the audience to watch. This inaugural event (get tickets here) is bringing some sensational fight cards, made up of both Thai and International fighters who have been hand-selected from tryouts run in Pattaya, Phuket, and Bangkok. Though many are making their debut in Bare-knuckle Fighting, they are all well-seasoned warriors in their original disciplines. Athletes such as Steve “Panda” Banks is a former WBC (World Boxing Council) Muay Thai Champion, Sirimonkhon Lamthuan is a former multi-class boxing WBC, WBA, WBU, IBO titleholder. Souris Manfredi is a multiple-time Muay Thai & Lethwei World Champion, still currently ranked top 3 in the world having just fought for the WBC belt at Full Metal Muay Thai. Similar accolades sparkle all the way down the card.

12: Main Event: The highly anticipated rematch between Tee Jay Chang (UK) a very technical bare-knuckle boxer vs Fabiano Hawthrone (Brazil) a very tough and game fighter with a Lethwei background. These two have unfinished business after a grueling match-up where Fabiano took the win under controversial circumstances. Who is the better man? December 18th we will find out. 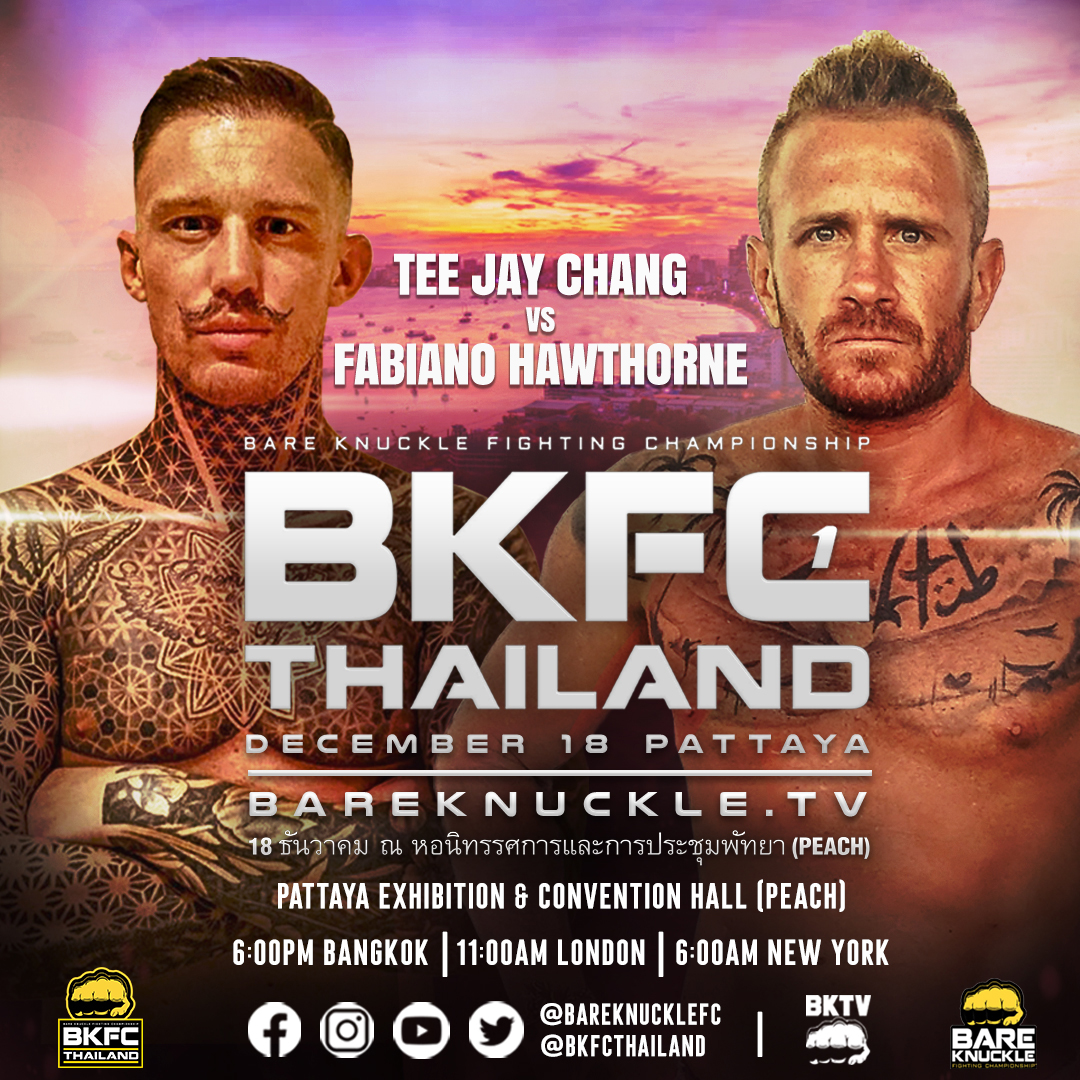 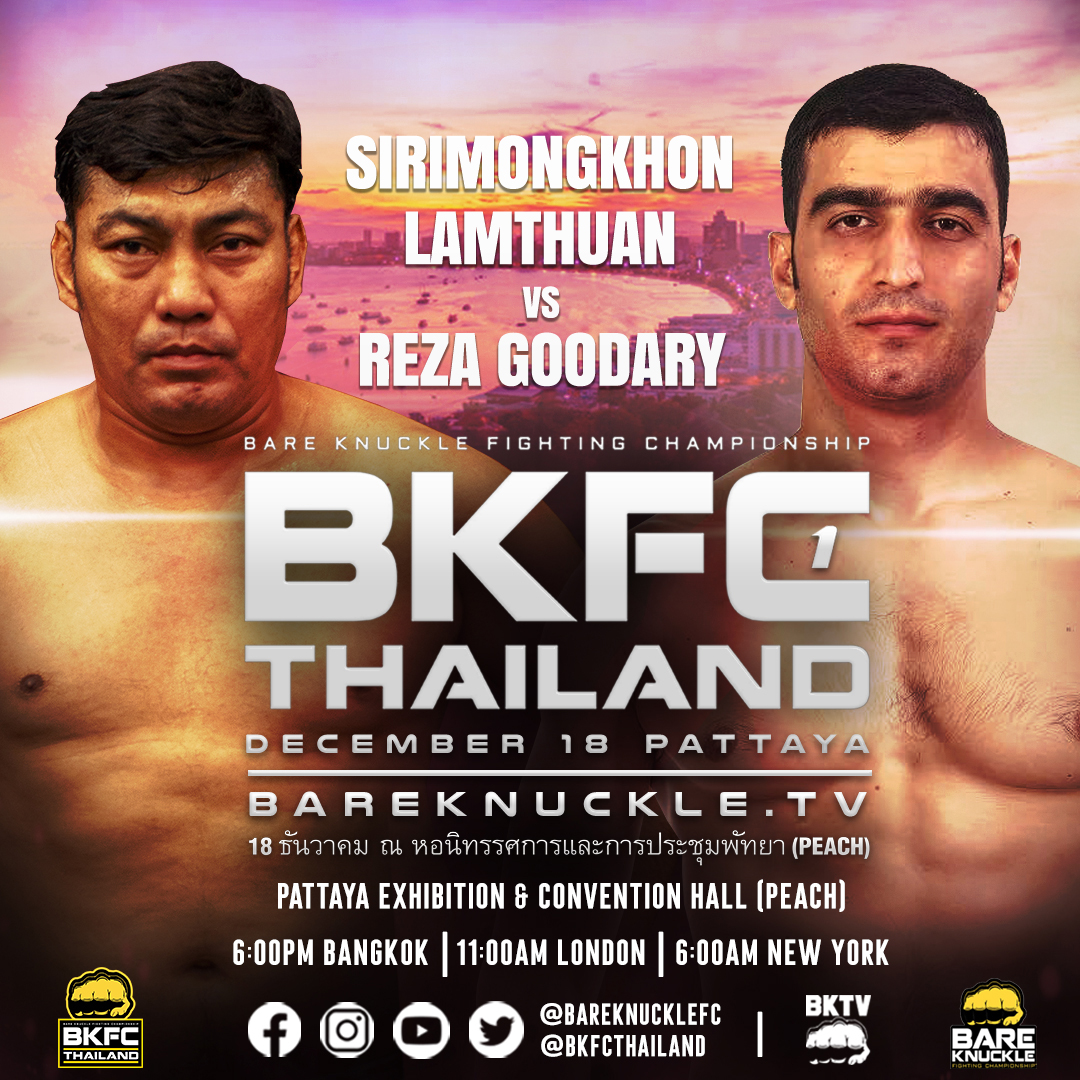 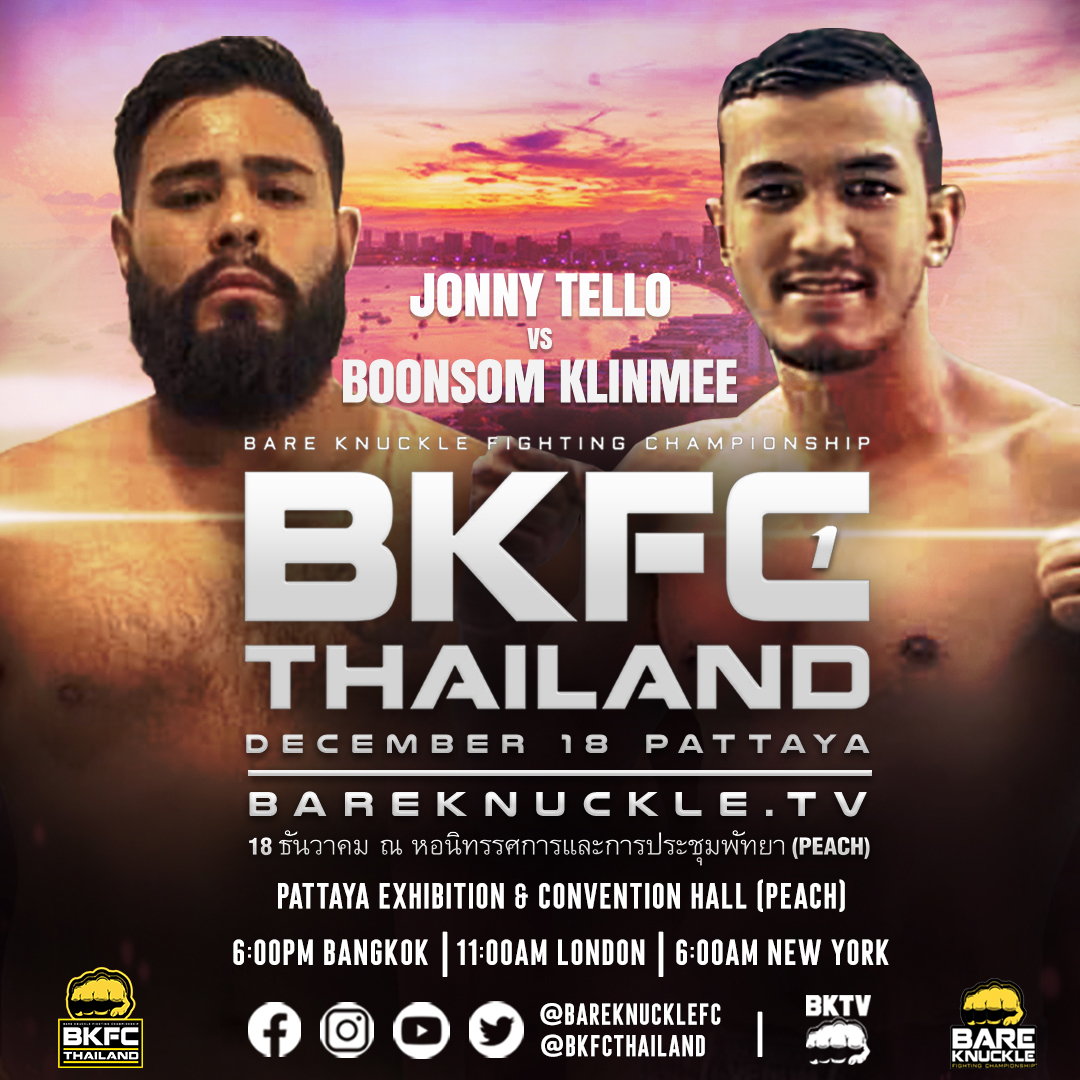 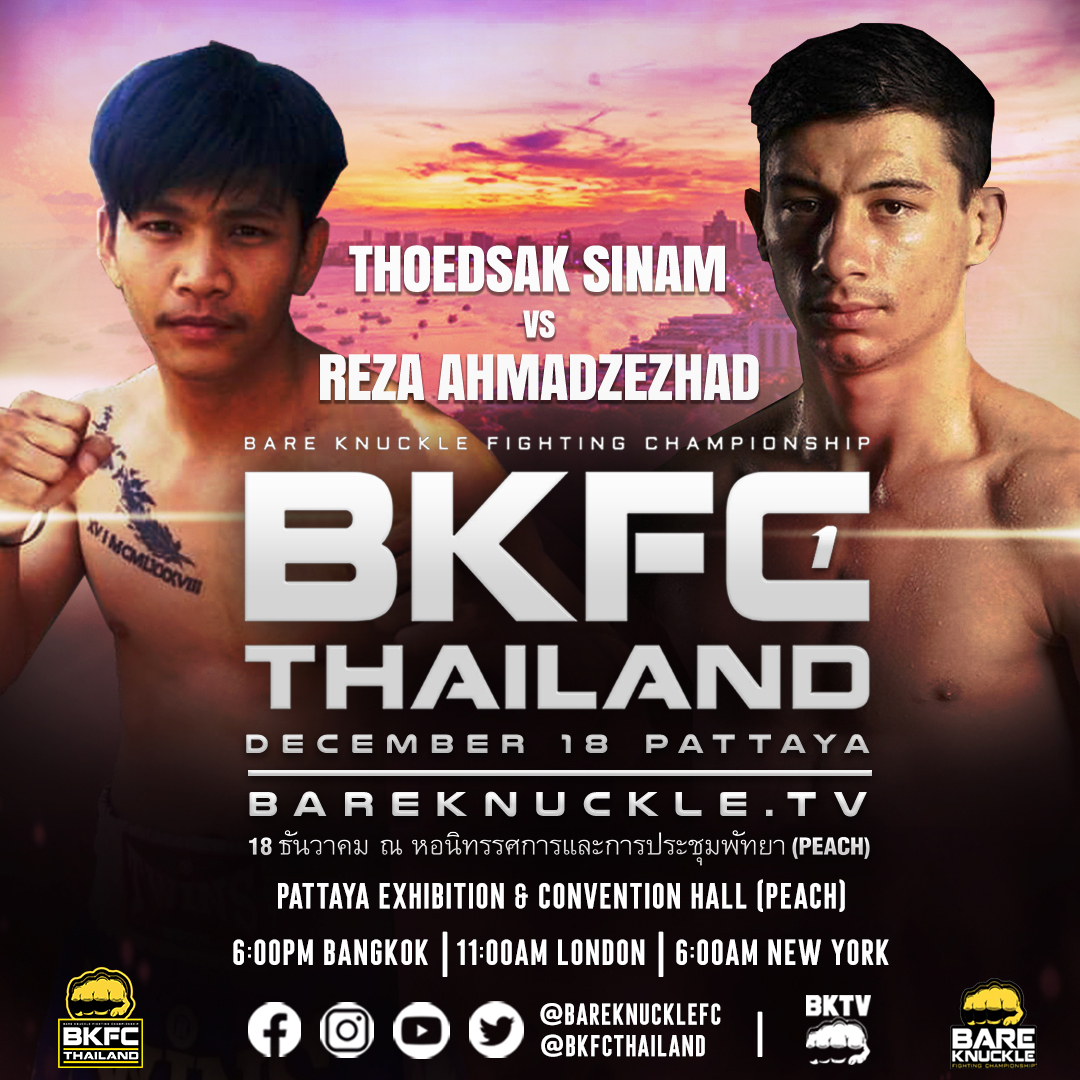 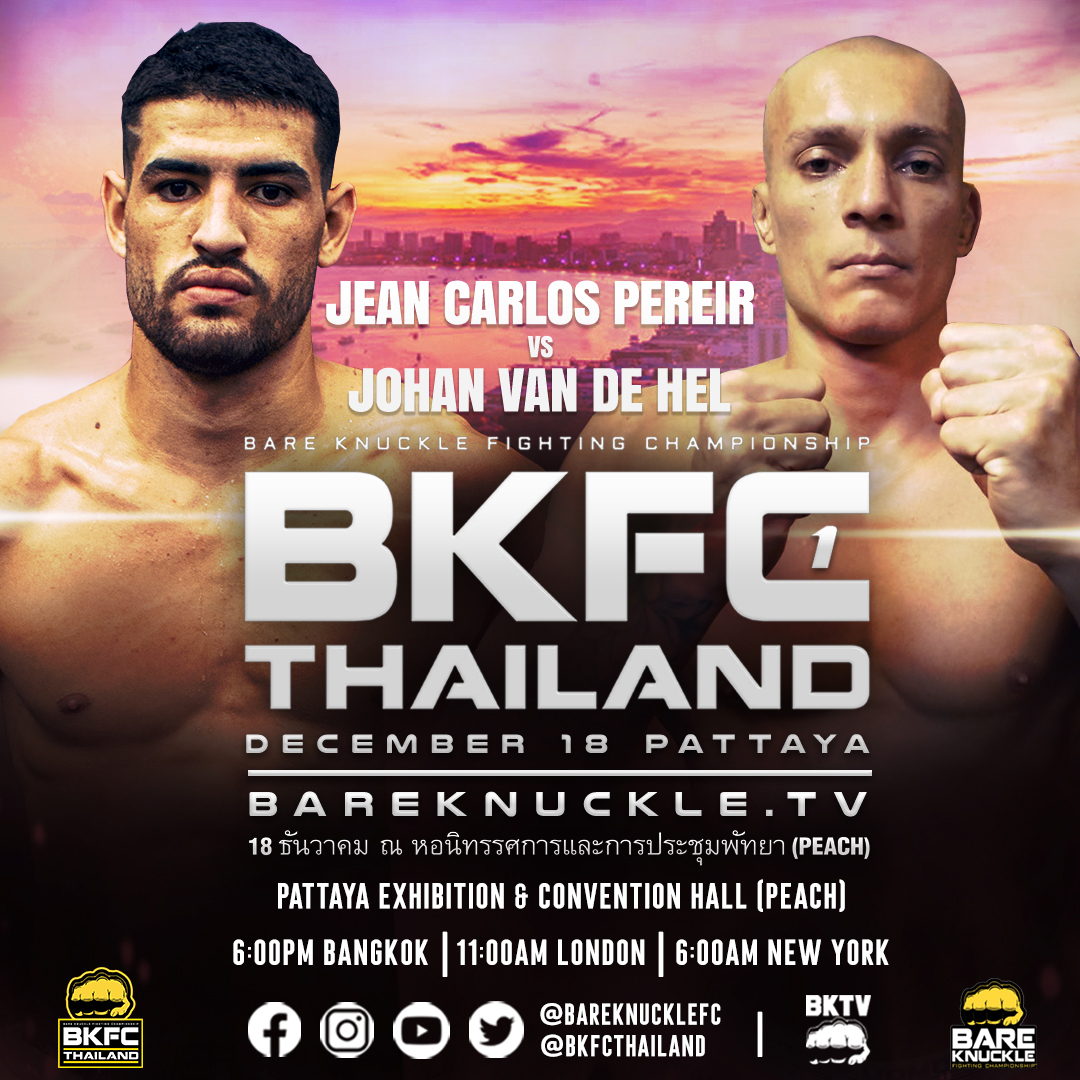 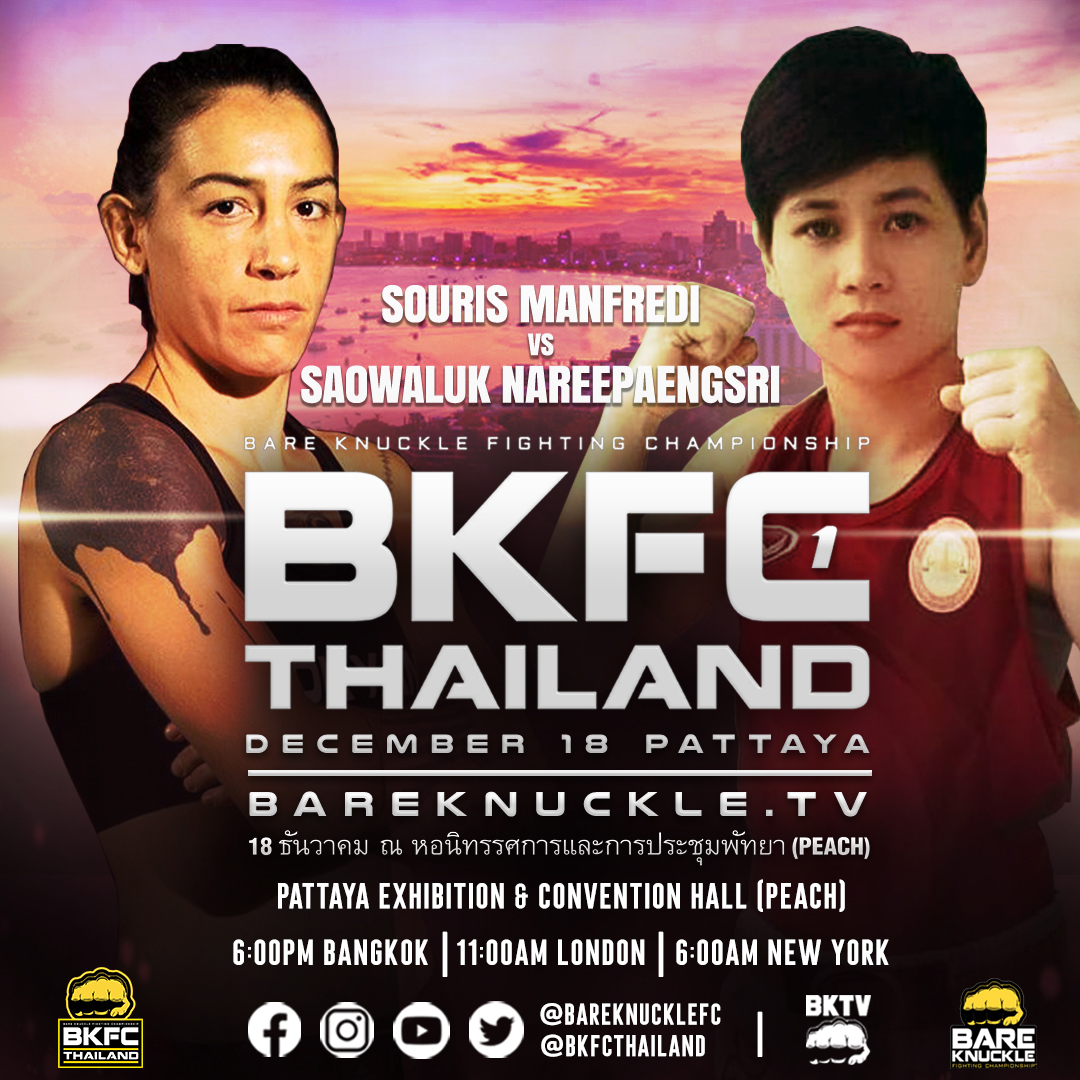 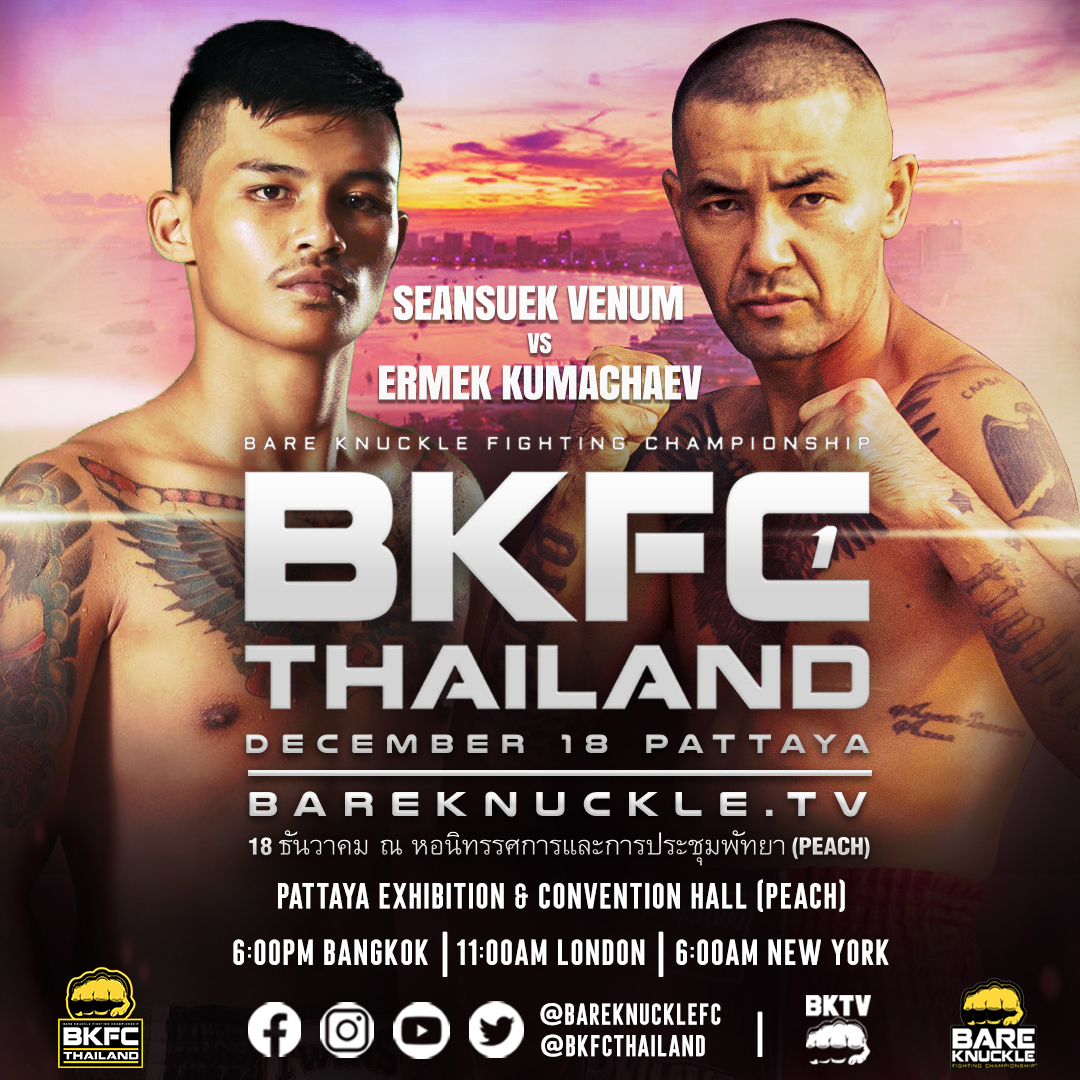 This is new, this is exciting and it is as real as it gets, bare-knuckle means bare-knuckle in this sport. Fighter do not tape or wrap anything over the knuckles, its gloves off, toe the line, and knuckle up!! BKFC Thailand wants to thank Fighters Friend Natural performance-enhancing herbal extractions, our honored Headline sponsor for their amazing support.

Come and be a part of a new beginning here in Thailand and check out BKFC Thailand 1 “The Game Changer” by buying tickets at https://www.thaiticketmajor.com/sport/bkfc-thailand-2021.html 080 317 4131 or subscribing to the BKTV App at this link https://referral.bareknuckle.tv/BKFCThailand You can follow BKFC Thailand on Facebook, Instagram, YouTube, and TikTok @BKFC Thailand

It’s history in the making and not to be missed!