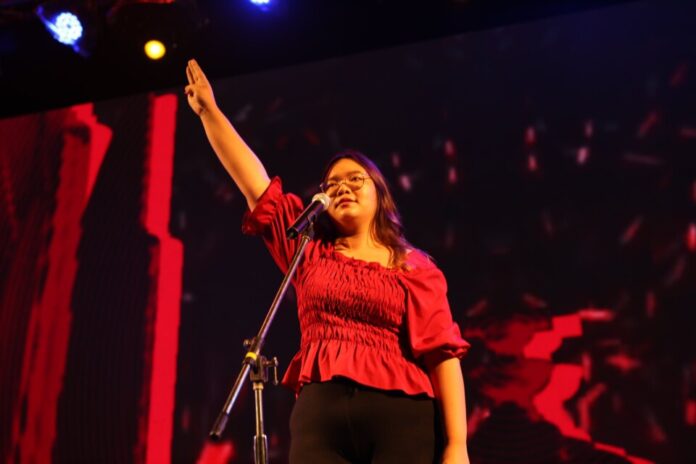 Rung, who is now being detained for royal defamation charges for wearing a cropped top at a symbolic protest at a shopping center last December, was taken to the Criminal Court in Bangkok this afternoon for the court ruling.

The other two defendants, Panupong “Mike” Jadnok and Chai-amorn “Ammy” Kaewwiboonpan, who were also being accused of similar charges, also joined the hearing. However, Mike, who is also being detained at the provincial prison, had participated in the hearing through a video conference.

The executives of the Criminal Court have finalized the verdict to revoke bail for Rung, stating that the defendant had previously acted in a similar manner in many cases and also reportedly encouraged pro-democracy protesters to wear black clothes on July 28th, 2021, which was considered a disgraceful act towards the highest institution and a violation of the conditions for the temporary release.

However, both Ammy and Mike have been granted bail, reasoned by the Court that they did not engage in similar behaviors during the gathering. Ammy is required to wear an EM tracking bracelet at all times and to stay at home from 4:00 PM. to 5:00 AM. Mike will also be facing the same conditions once he is released, although is also facing other charges.