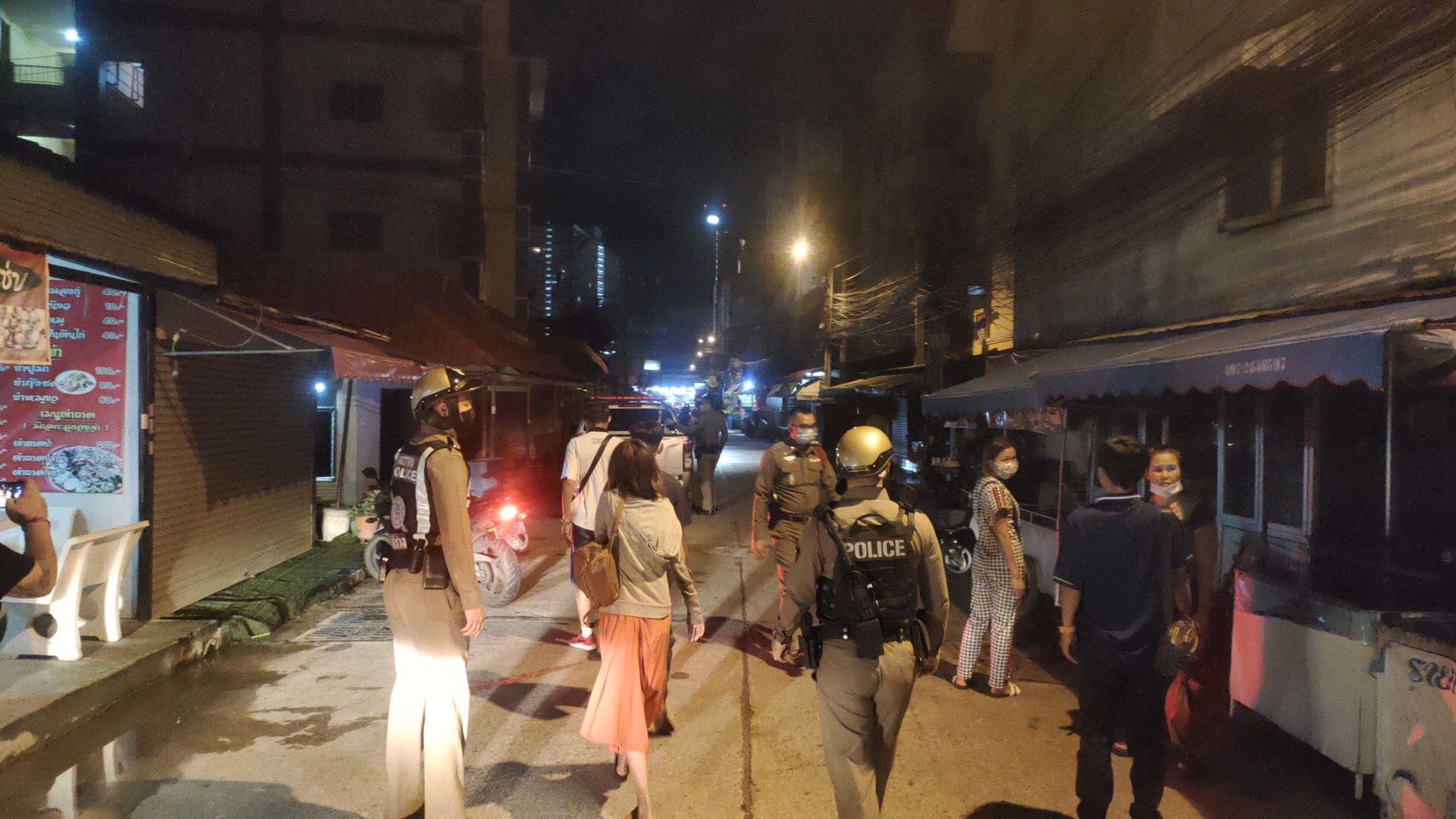 A 50-year-old Thai man was found bleeding heavily after his wife reportedly attacked him with a butcher knife after she allegedly found another woman sleeping with him inside a room in Banglamung on Tuesday night (November 16th).

The Pattaya City Police were notified of the incident at 10:00 P.M. at a room in Soi Chalerm Phrakiet 19 in Nongprue.

Police, emergency responders and the Pattaya News arrived at the room to find Mr. Sombat, 50, whose last name was withheld by law enforcement, bleeding heavily from a slash wound to his head. He was immediately taken to a local hospital for medical assistance.

A butcher knife was found in a garbage bin nearby. Ms, Watchasa, 45, Sombat’s wife, was waiting for police at the scene. 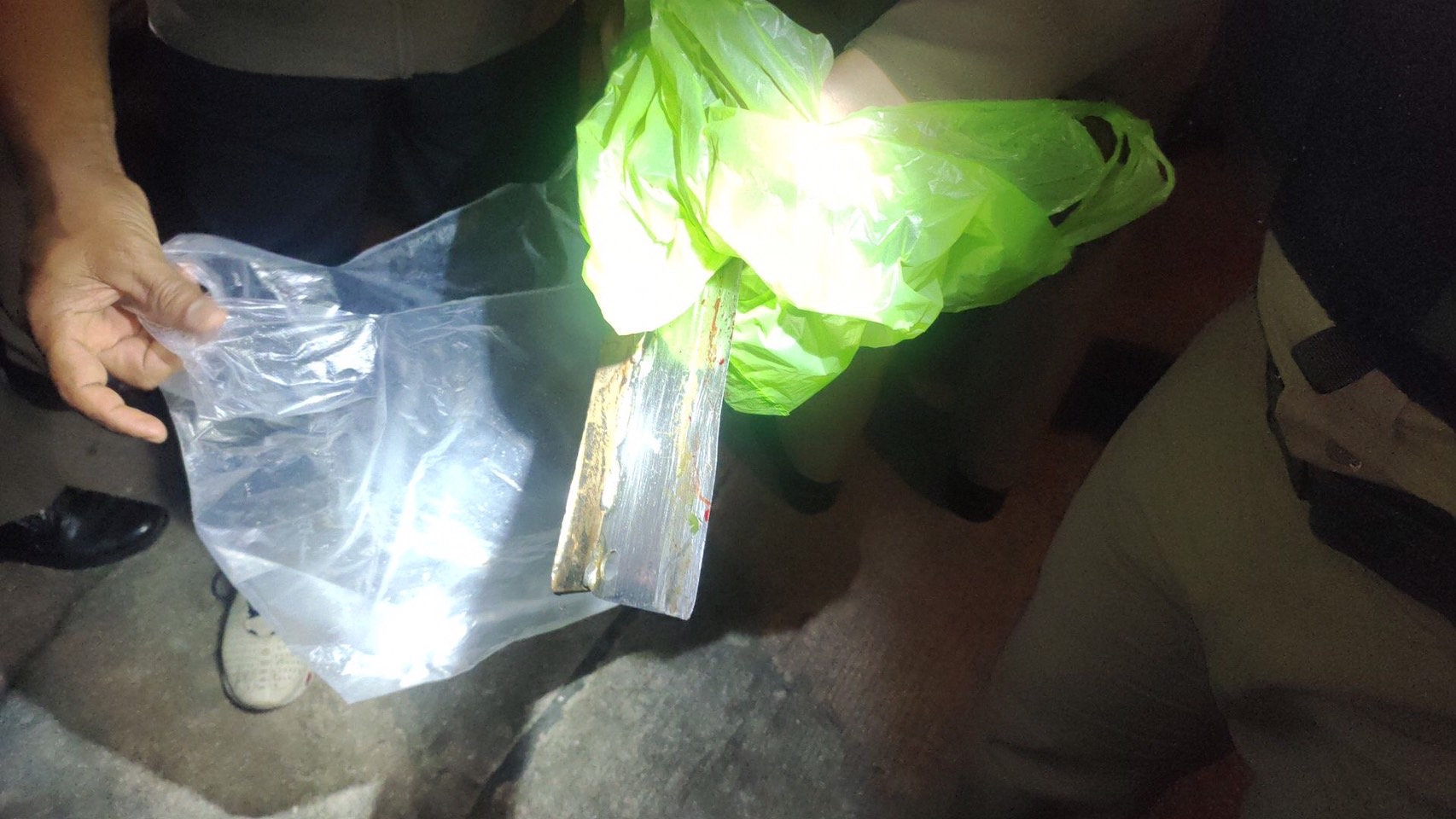 Watchasa told Pattaya police and reporters, “My husband and I had previously been arguing often. I had gone to stay with my brother at his home for some time due to our arguments, leaving my husband in our former room. I returned to the room this evening to pick up some belongings and my husband wasn’t expecting the visit.”

“I found my husband having sex with another woman. I lost my temper, grabbed the knife from the kitchen area, and attacked him. I did not harm the other woman (whose name was also withheld by police).” Watchasa stated, admitting to her actions to the police.

Pattaya police took Watchasa into custody and stated they would be discussing potential legal charges once Sombat had recovered from medical care at a local hospital. 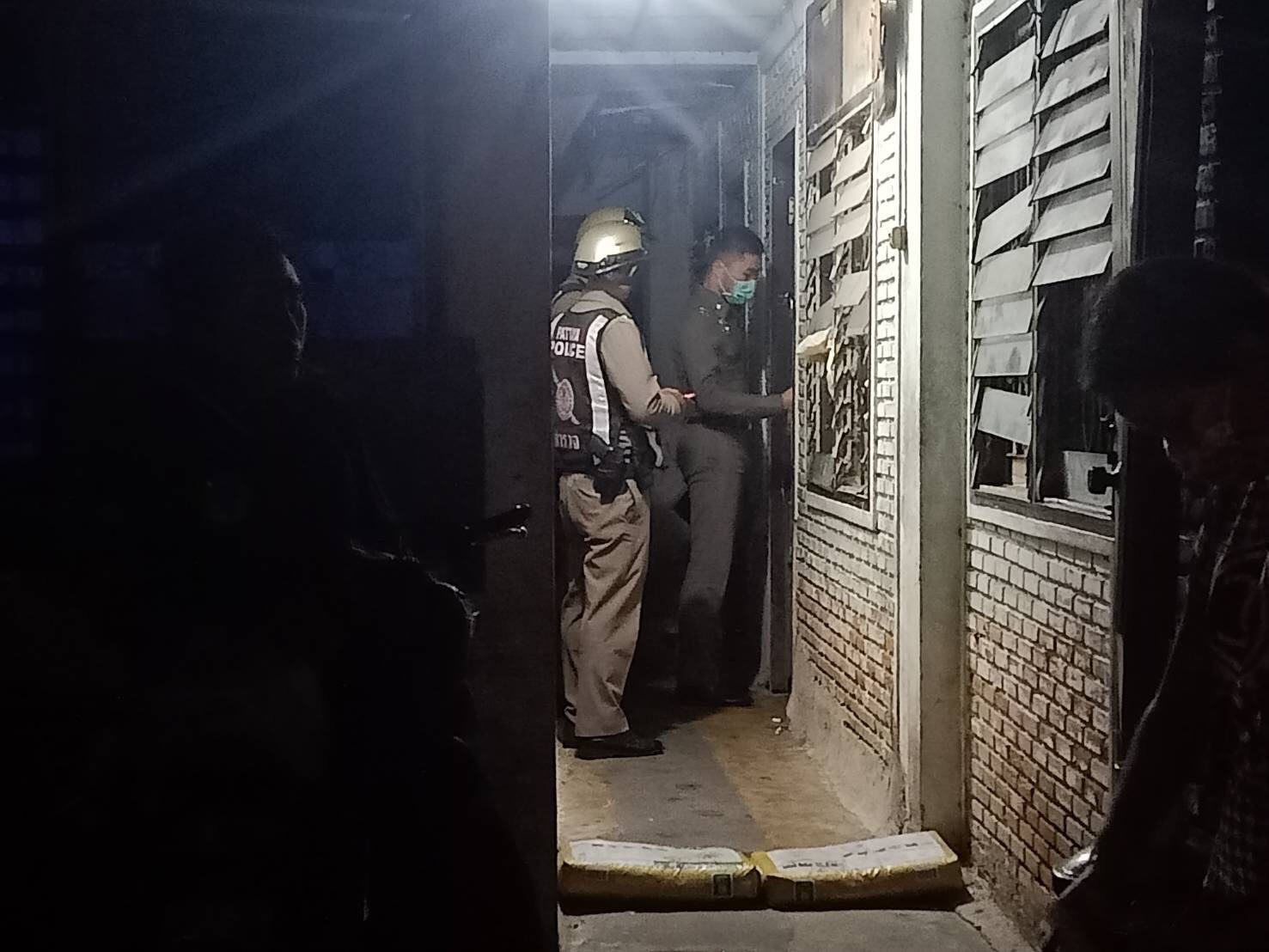