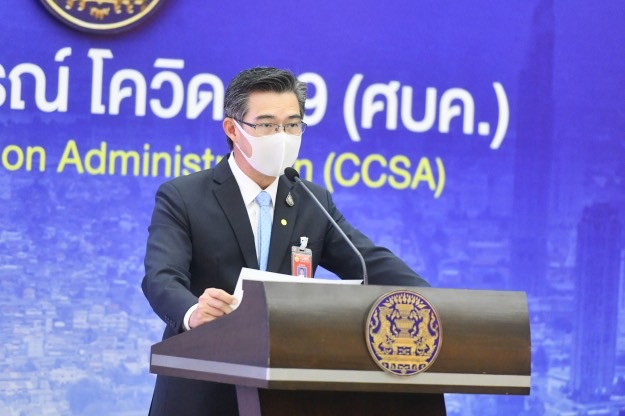 The Center for Covid-19 Situation Administration (CCSA) has announced an easing of Covid-19 measures, including provincial rezoning and the lift of the alcohol ban at dine-in restaurants in some areas, effective from November 1st.

Chonburi has been dropped from a “dark red” province and is now listed as the maximum controlled area or a red zone province while Bangkok has joined Krabi, Phang Nga, and Phuket in the “Blue Zone”, a new category for provinces that is part of pilot tourism areas prior to the reopening of the country to vaccinated foreign tourists from November 1st.

The government will also lift its prohibition of alcohol sales in restaurants in four provinces in the Blue Zone and in high surveillance areas or the yellow zone.

However, Bangkok is pending the Bangkok Metropolitan Administration (BMA) meeting this afternoon for further details and approval. In fact, this will in all cases depend on the governors of those provinces if they will allow alcohol sales at restaurants. (Phuket already had.)

There were also mixed messages on if tourist zones/districts in provinces (Like Hua Hin, Pattaya, Cha-am, or Chiang Mai) could sell alcohol in restaurants or if governors could allow them to do so and this is NOT YET CRYSTAL CLEAR.  This will likely get further clarification later this weekend, although one may need to wait for the governor’s orders. The press meeting did mention 13 specific districts (which includes Banglamung/Pattaya) being part of the tourist pilot zones but was not clear on if alcohol sales would be allowed at restaurants. Curfews hours are still applied from 11:00 PM. – 03:00 AM. only in the remaining seven dark-red zone provinces. There will no longer be a curfew in Chonburi as of Halloween, October 31st. Social gatherings can be done under the approval of the provincial disease control committee based on provincial color coding.

Educational institutions and tutoring schools are allowed to return to on-site learning in November, and students will be able to return to their schools/universities BUT it must have the approval of the provincial disease control committee. Many provinces, including Chonburi, have already opted out of in-person schooling at the start of November, stating they are not ready yet. Overnight nursing homes and childcare centers can be operated normally in all provinces except in the dark-red zone where only day-to-day is still allowed.

Department stores, markets, cinemas, theaters, and convenience stores can be operated during their normal hours in all zoning areas except the dark-red zone provinces. Some businesses like arcades, game cabinets, and amusement parks inside the stores remained closed.

All of these eased measures will be put into effect this Monday, November 1st.

The CCSA also summarized the reopening measures and procedures for incoming foreign tourists who wished to travel to Thailand upon the reopening schemes. In short, Thailand is welcoming foreigners in November from three categories under different requirements as seen in the table below. Full details of the schemes can be found in the TAT press release HERE. 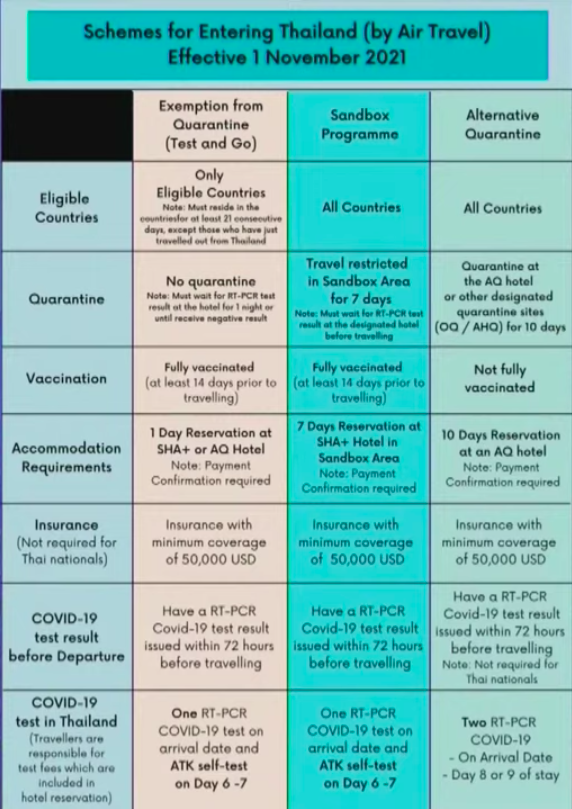