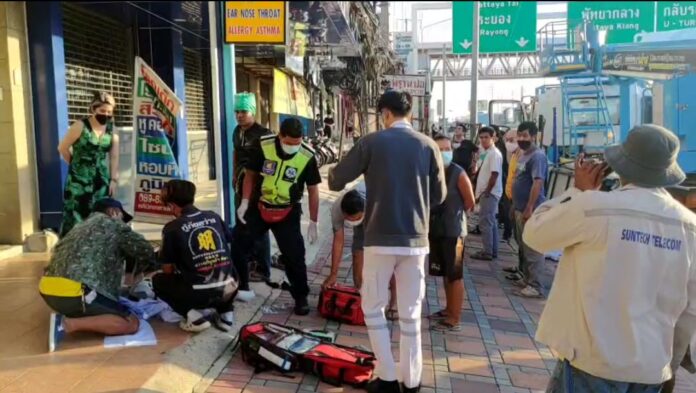 A 34 -year-old man has sustained serious injuries after suffering a significant electric shock while installing an advertising sign before falling down from ten meters high in Banglamung.

The Banglamung Police were notified of the incident at 6:00 P.M. yesterday (October 26th) in Soi Sukhumvit Pattaya 49 in Nongprue.

Emergency responders and The Pattaya News arrived at the scene to find Mr. Sathit Menpuen, 34, on the ground. He had sustained severe injuries from burning to his face, although had survived the ten-meter fall without major injuries. He was rushed to a local hospital.

His colleagues told police they were installing an advertising sign when they believe one of their tools connected with a high voltage wire by accident. Mr. Sathit suffered a severe electric shock and fell down from ten meters high. He had not been wearing any safety equipment to help him stay suspended above the ground.

As of press time, Mr. Sathit remained in a local hospital but was expected to make a full recovery despite the horrific accident. 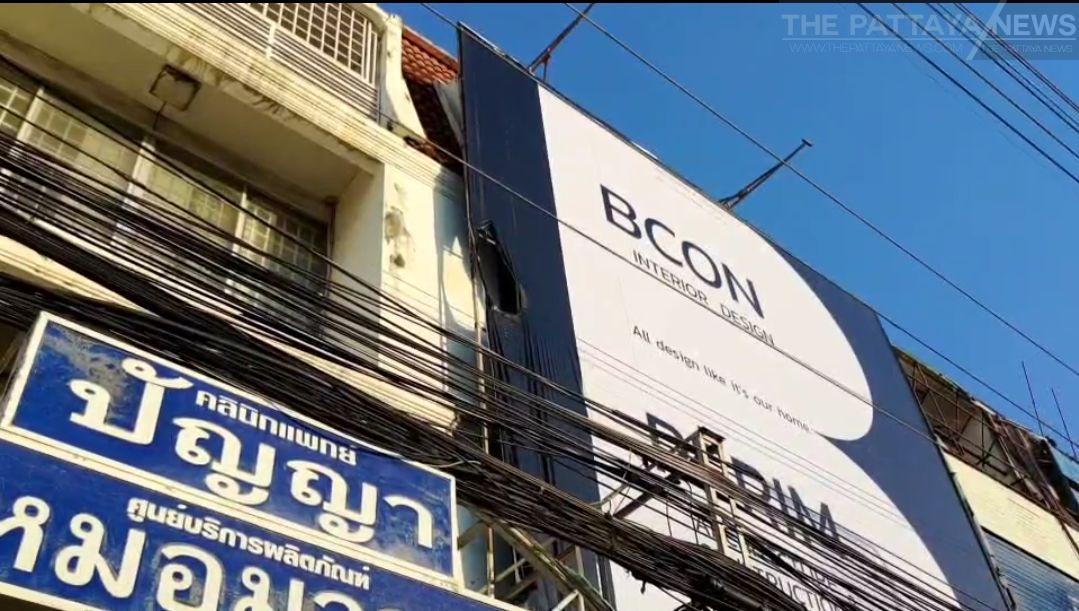