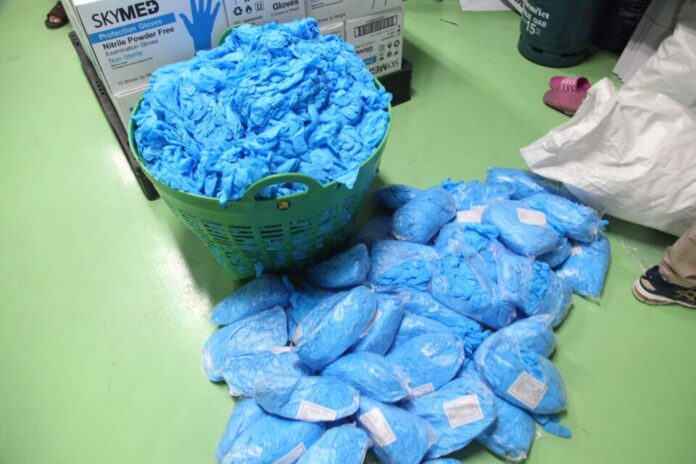 The Thai government is seriously investigating a reported case of millions of second-hand nitrile gloves that were reportedly shipped from Thailand to the US,  Deputy Prime Minister stated today, October 25th.

Jurin Laksanawisit, Deputy Prime Minister and Minister of Commerce revealed to the press after the cabinet meeting today, October 25th, regarding a CNN recent investigation report of tens of millions of used medical gloves imported into the United States which could have been operated from Thailand.

According to the CNN reports, there are many warehouses in Thailand and on the outskirts of Bangkok that are still in operation and involved in smuggling today. They are boxing up millions of sub-standard gloves for export to the United States and countries around the world amid a global shortage.

The Deputy Prime Minister said that due to the high demand for medical gloves during the Covid-19 pandemic around the world, groups of Thai and migrant laborers were reportedly collecting used gloves from medical centers and trying to make the gloves look new before exporting them to many countries.

An investigation is currently undergoing under cooperation with the Food and Drug Administration (FDA), stated Jurin. The government would provide more details of the investigation as soon as possible.

TPN Media noted that the Thai authorities had raided and confiscated millions of unauthorized and/or used medical nitrile gloves from local groups of migrant workers in many areas across Thailand, including Chonburi, since the start of the Covid-19 pandemic in 2020. Many of them were believed to be sold domestically and exported internationally.