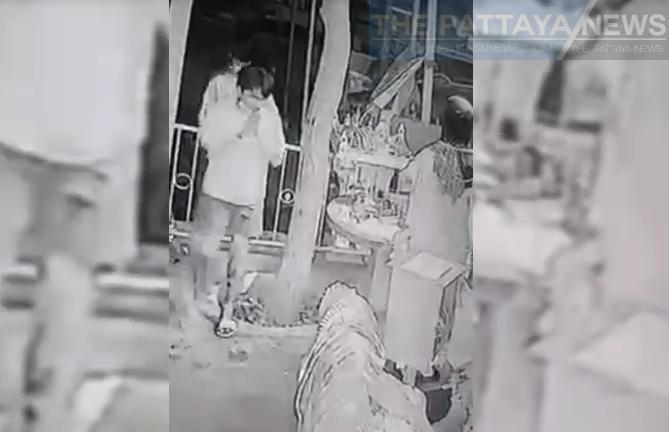 Two young male suspects were caught on CCTV at a Banglamung temple earlier this week appearing to show respect to religious statues by performing wais before trying to steal money inside a donation box at the temple overnight.

Phra Kru Samu Yongyut Kemtaroe, 84, the abbot of the Nong Yai Temple, told The Pattaya News, “Early Wednesday morning, October 20th, we heard one of our temple dogs furiously barking which awakened me and some other monks. However, we could not immediately figure out what had disturbed the dogs after walking around the temple. We reviewed our CCTV footage and found it appeared to show two thieves paying religious respect to a sacred statue and then, ironically, trying to steal money inside donation boxes nearby.”

“The two suspects, who we believe are teenagers, were seemingly trying to take the donation boxes but we had tightly secured the boxes with multiple locks and bolted them to the ground. The two suspects were unable to take the boxes and so ate food inside a nearby refrigerator instead and left the garbage on the temple floor before fleeing.” The abbot stated. 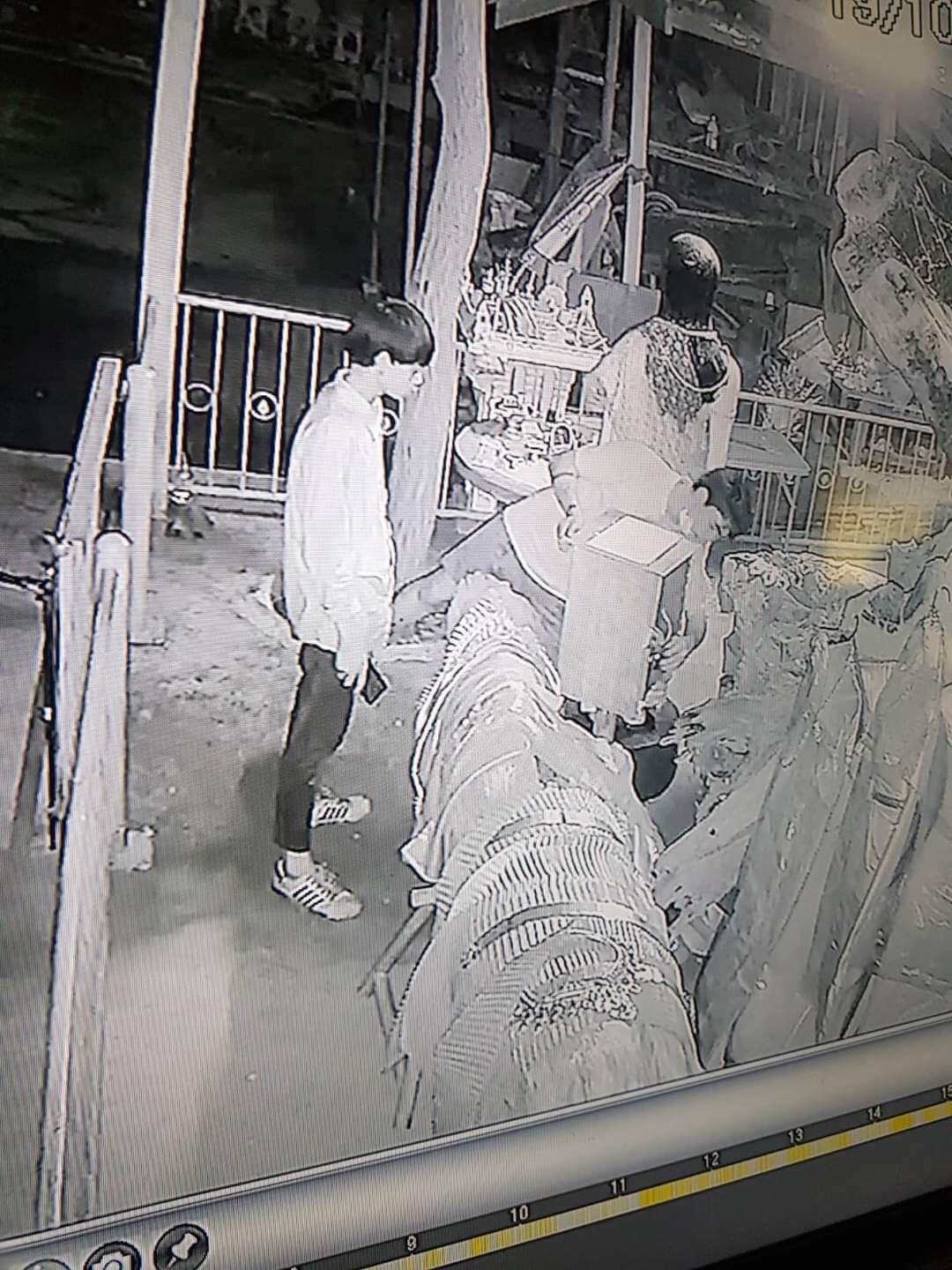 “This is not the first time people have tried to steal from our donation boxes. We have reported a similar incident to the Banglamung police before. We don’t want the suspects to be arrested but want them to stop doing this. If they were hungry they can ask for food from the temple.” The abbot concluded.

Banglamung police stated that they were searching for the suspects based on the CCTV footage in hopes to be able to identify them and bring them to a requested meeting directly with the temple abbot, who as stated doesn’t want to press charges but does want to have a heart to heart with the young men. 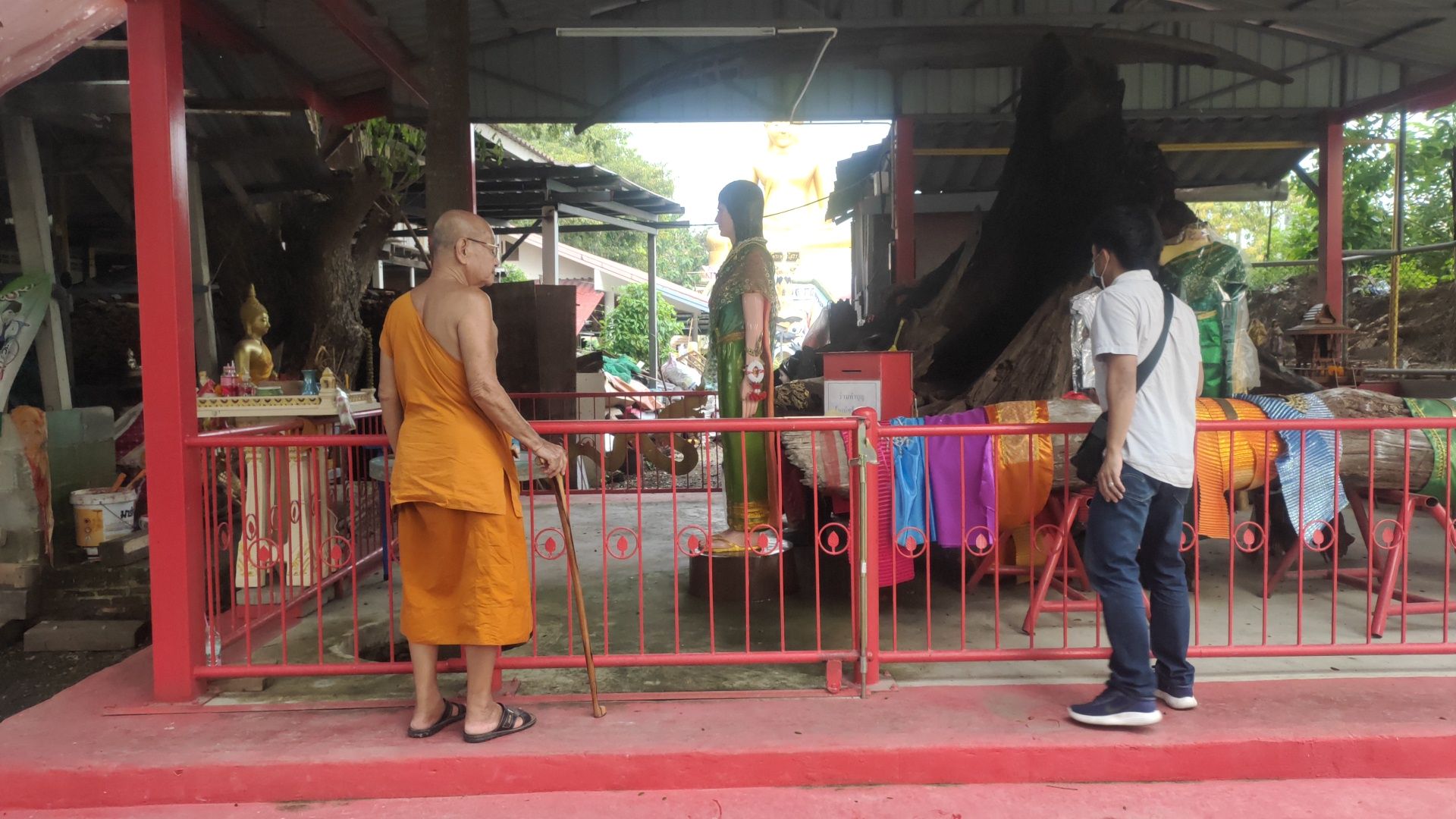