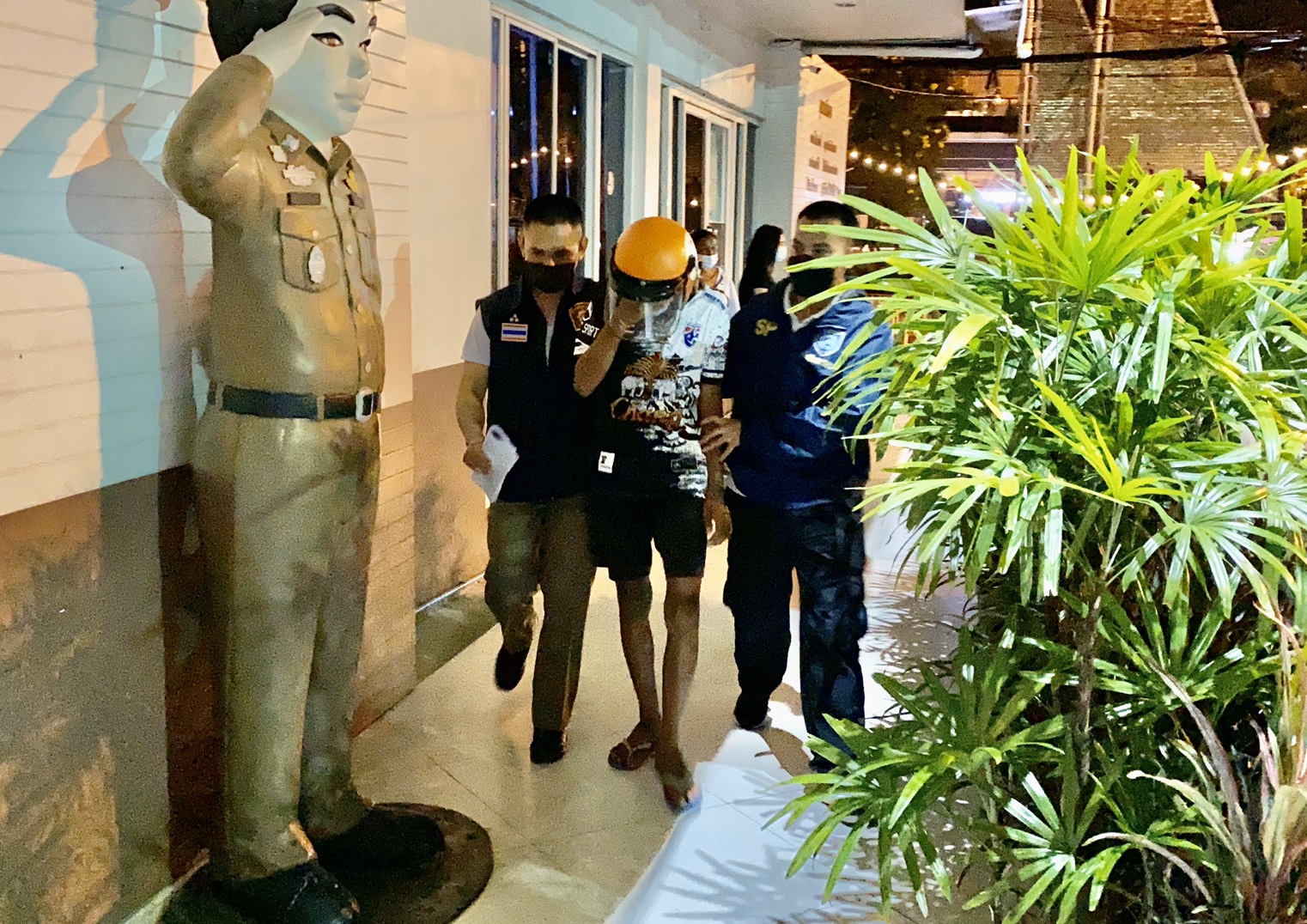 Pattaya Police have arrested a young man who was caught on video doing what appeared to be a dangerous “superman flying” stunt on his motorbike in Pattaya earlier this week.

The video of a motorbike driver who was performing the stunt at night on his motorbike had gone viral on social media after another driver, who is also a freelance reporter, captured the stunt while driving in his own vehicle. The stunt driver was driving on Sukhumvit Road near Boon Kanjnaram Temple. See the video on our Tik Tok channel below.

On Thursday (October 14th) the Chonburi Provincial Police Commander Colonel Maykawit Praditphon and Lieutenant Colonel Suradet Namyotha from the Pattaya City Police have arrested a 17-year-old boy, who was only named as Gao due to being a minor, with his modified motorbike. 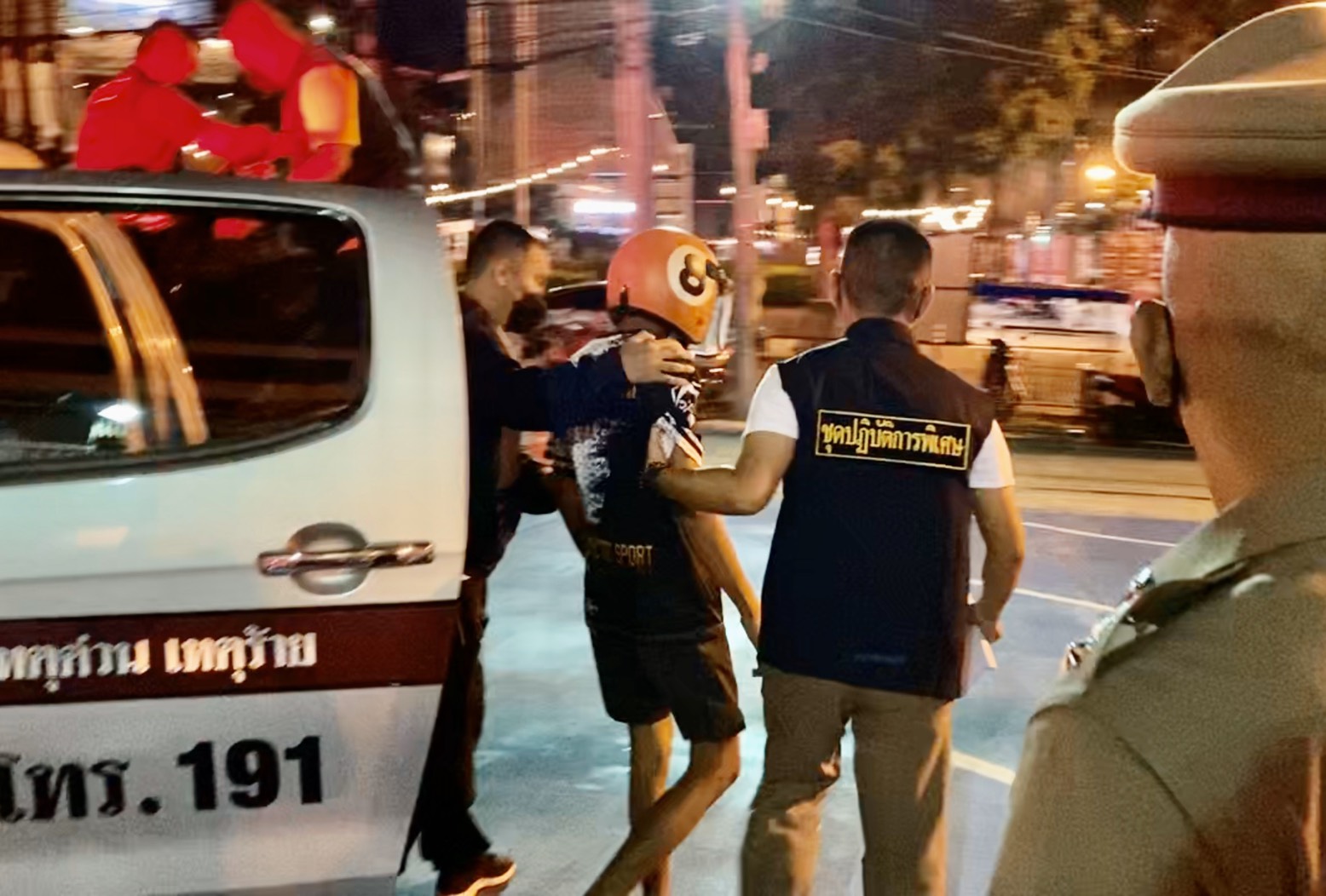 Colonel Maykawit told The Pattaya News, “The incident was on October 9th. We identified the driver with the help of the viral footage and visible license plate on the drivers’ motorbike. Gao and his parents were called to the Pattaya City Police Station.”

“Gao is facing charges of reckless driving, driving without a license, and not wearing a helmet. His motorbike has been seized by law enforcement as a result of the stunt. Additionally, his mother is also facing charges relating to the incident in terms of neglect that led to the behavior, such as allowing him to drive without a license.” Colonel Maykawit stated.

Gao admitted to the press and police, “It is me in the video. I modified my mother’s motorbike in terms of the exhaust and system. I didn’t know that someone recorded me while I was performing the superman flying stunt. I didn’t mean to hurt anyone or offend anyone, I just enjoy performing stunts.”

Both Gao and his mother were reportedly released on bail pending upcoming court dates. 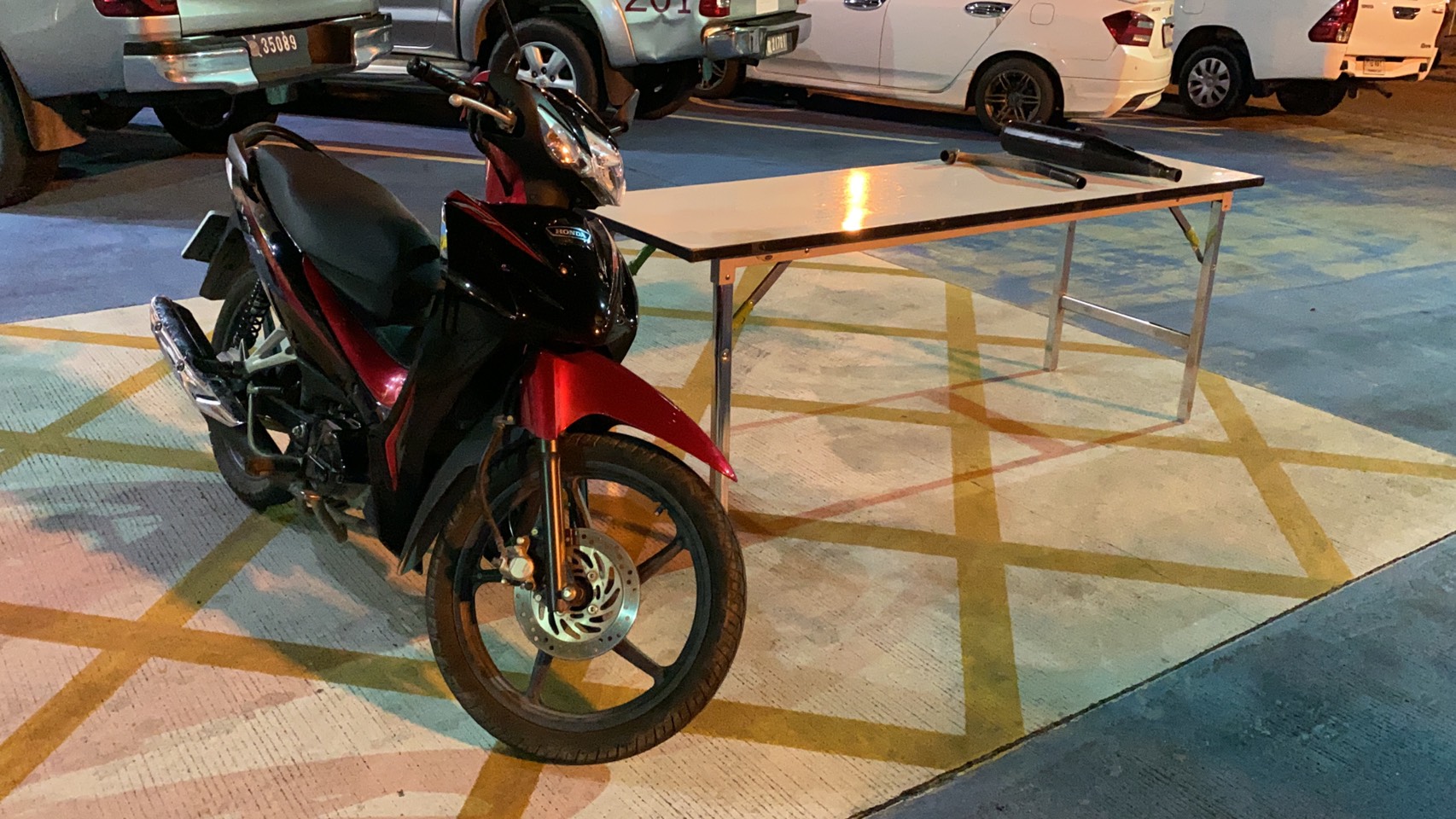