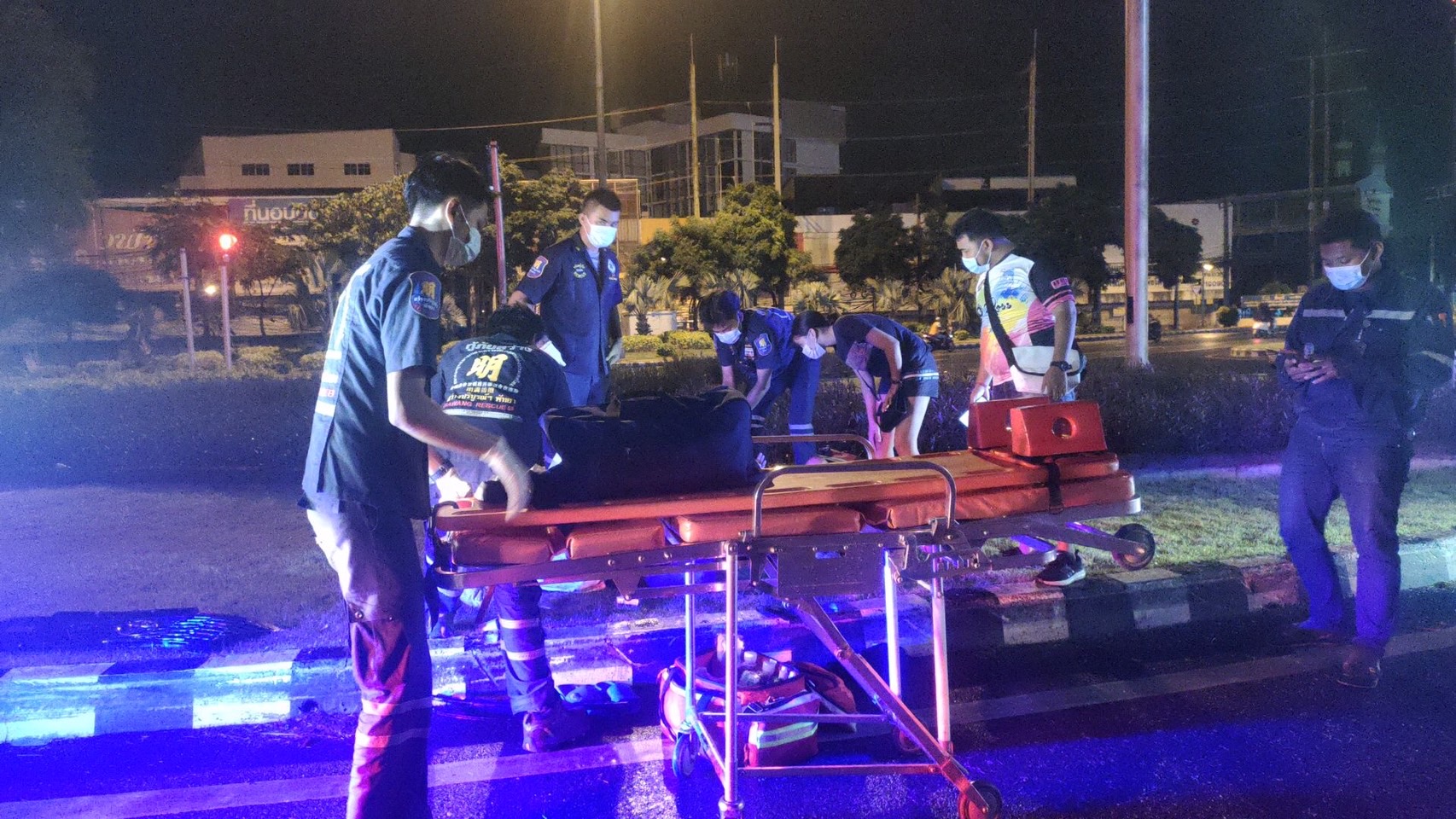 An intoxicated female sedan driver reportedly attempted to escape after crashing into a motorbike at a traffic light in Pattaya on Thursday night (October 14th) during a mandatory Covid-19 curfew time from 10:00 P.M. to 4:00 A.M. Two people in total sustained injuries as a result of the collision.

The Pattaya City Police were notified of the accident around midnight at the entrance of Sukhumvit-Pattaya Road in Nongprue.

Emergency responders and The Pattaya News team arrived at the scene to find a damaged black motorbike on the road. 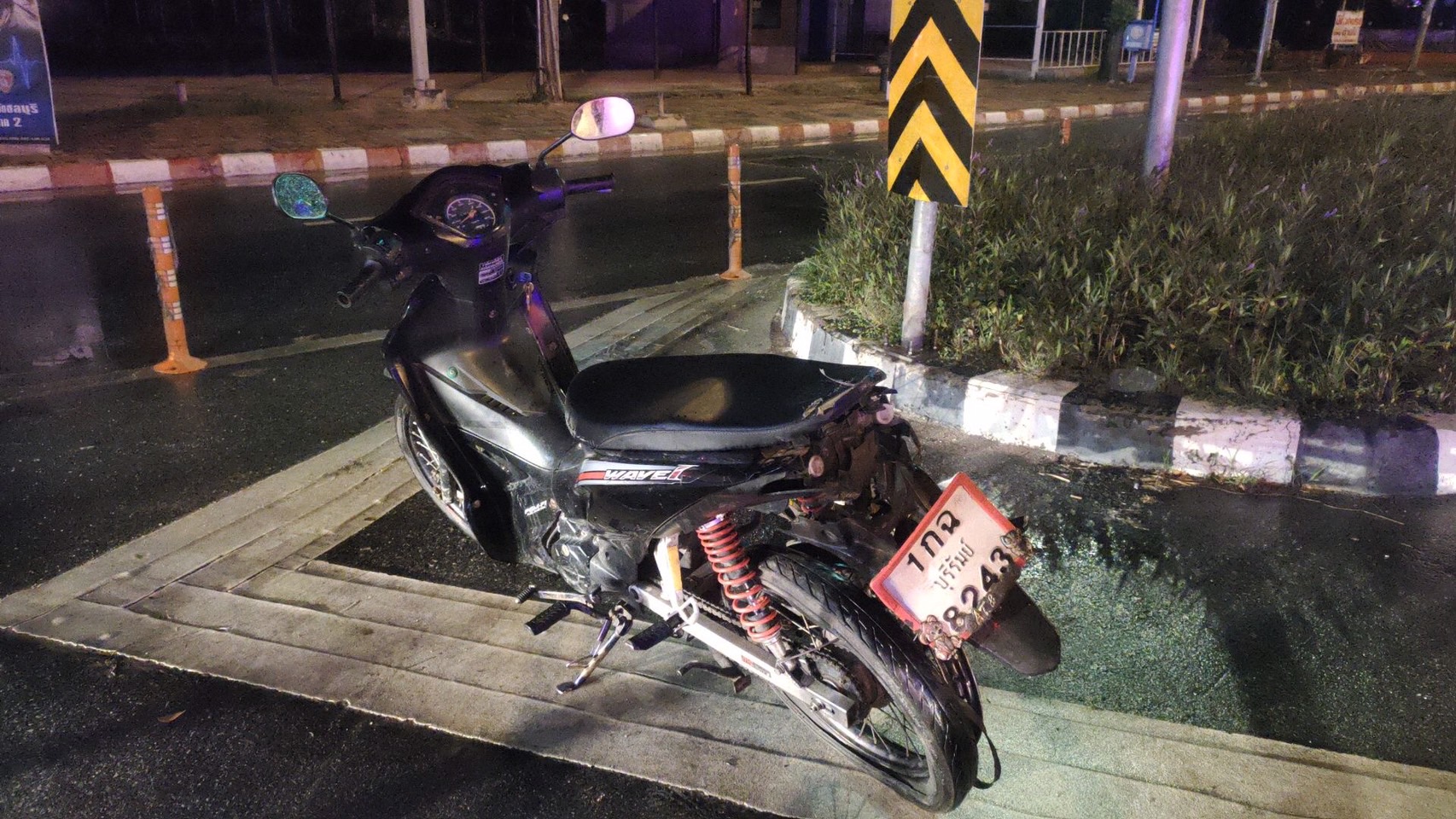 Nearby, Pattaya police found two young injured people lying on the road who were a 17-year-old driver (name withheld due to being a minor) and his passenger Ms. Tassika Wangsuk, 20. Both had sustained various injuries and were rushed to a local medical facility for assistance. Before going to the hospital, the victims described a woman driving a sedan hitting them and speeding away after stepping out of her vehicle briefly, seeing the injured victims, and deciding to flee.

Unfortunately for the driver, her car’s license plate was found on the road, having come off during the accident.

Also unfortunately for the driver, Good Samaritans followed her and blocked her attempt to flee with their vehicles not far from the scene. She was taken to the Pattaya City Police Station. She did not agree to give her name to police or reporters and was described as “uncooperative” by police, denying all charges at the time of the incident. She was described as a Thai woman roughly 25-30 years old.

The woman also reportedly told police she was coming back home after drinking at a restaurant nearby. Pattaya Police stated they would also be looking into this allegation, as currently all restaurants are legally prohibited from selling alcohol due to Covid-19 related regulations. The woman is facing multiple charges related to the accident including hit and run and driving while intoxicated. She may also be facing charges of violating the emergency decree to prevent Covid-19 for being out during curfew hours without a legal permit.

It was unclear if the two victims in the accident had permission to be out during curfew and Pattaya Police stated they would look into this. 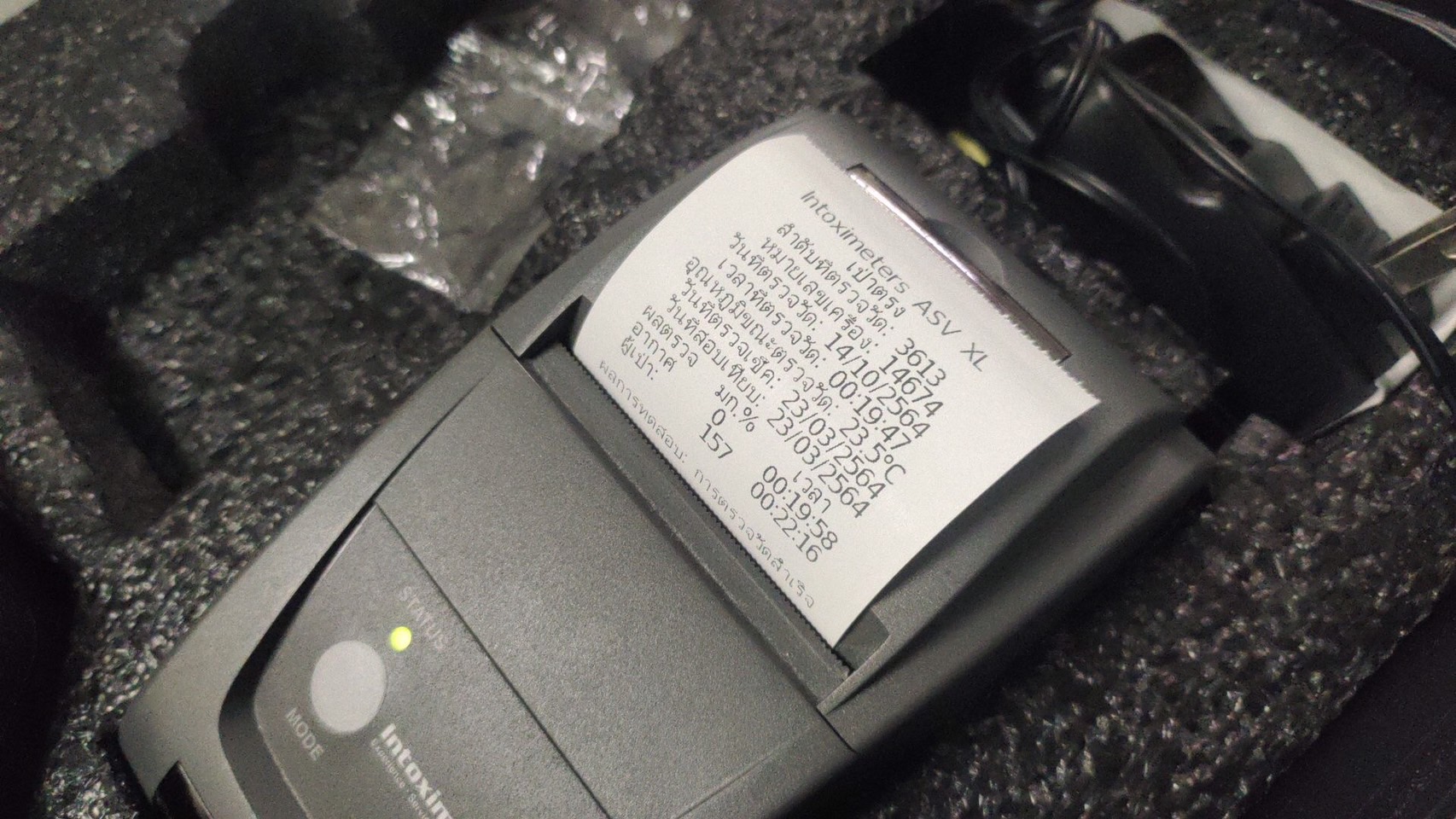