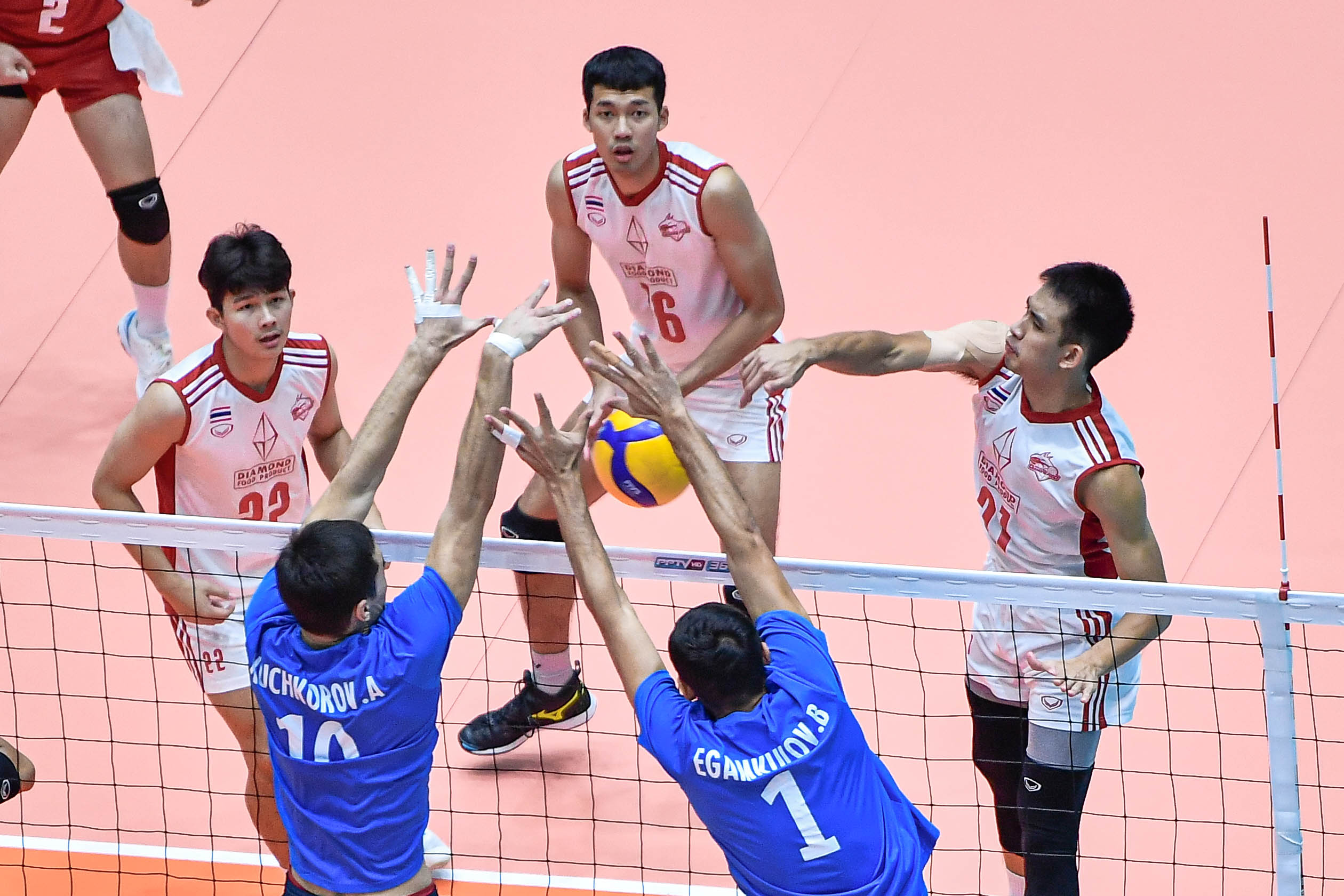 Chaiwat Thungkham scored a match-high 22 points including 20 kills from 36 attempts for Thailand’s Diamond Food, while Azizbek Kuchkorov led AGMK with 18 points from 10 attacks and 8 blocks.

The Uzbekistan Premier League winners AGMK started solidly in the opening set of the 7th-8th playoff encounter. The Thais held firm to produce the goods and make it tie at 20-20, but AGMK showed supremacy and won the close first set 25-22.

In the second set, debutants Diamond Food responded with effective blocks and powerful attacks with an aim of making amends for the first-set loss. The Thais went on their attacks to win the hard-fought set 36-34 to level it 1-1.

The third set was more thrilling as both teams came out in full measure, but after leading with just one point ahead at 21-20, Diamond Food stormed on consistently. Spectacular attacks from Chaiwat and Anuchit Phakdeekaew worked out pretty well in overcoming the high Uzbek blocks to help the Thai side win the set 25-21.

Diamond Food showed more improvement in the fourth set and came out with different levels, winning back-to-back points and from then playing more consistently to win 25-18 and match. It was another feat for the Thai side against the same rivals, whom they had narrowly beaten 3-2 in the preliminary Pool B clash earlier.

Diamond Food head coach Somboon Nakpung said, “This was the last match and I am glad about the total performance of the team and the 7th place. I fielded new and young players on the court today to gain maximum experience at the Asian level, but in the second set, the captain played a vital role to help save the team on the reception. We did great on our blocks. There are some mistakes to improve to make us ready for the new season of the Thailand League. Overall, we accomplished what we had aimed for.”

Diamond Food captain Kittikun Sri-utthawong said, “We had few mistakes today and were good at putting the rivals under pressure. New players came into the court to obtain their experiences, some are good and some need to be improved anyway, I think the most important thing is to let them learn the game and face the challenging and tough players in Asian matches. It will benefit the team in the long run.”