An allegedly intoxicated Chinese driver and his 7-year-old son have escaped injuries after their SUV collided with a pickup truck in Banglamung during curfew time Monday night (October 4th).

The Nongprue Police were notified of the accident around 11:00 P.M at Thungklom Tanman intersection in Nongprue.

They and The Pattaya News arrived at the scene to find the damaged SUV and the pickup truck in the middle of the Thungklom Tanman intersection. None of those involved were injured during the accident. “I managed to stop him at the scene and called the police. The other driver, who is a foreigner, smelled strongly of alcohol. He had a young seven-year-old boy with him who was shaken and crying due to the accident.” Worapot stated.

The SUV driver, a 48-year-old Chinese national whose name was withheld by police pending further investigation, was taken to the Nongprue Police Station for a blood alcohol test and interview regarding the incident. The Chinese man did not release a statement to the press and did not wish to answer questions, according to those at the scene. It was not known if either driver had a permit to be out during curfew, which due to Covid-19 is currently from 10:00 P.M. to 4:00 A.M. nightly until further notice. 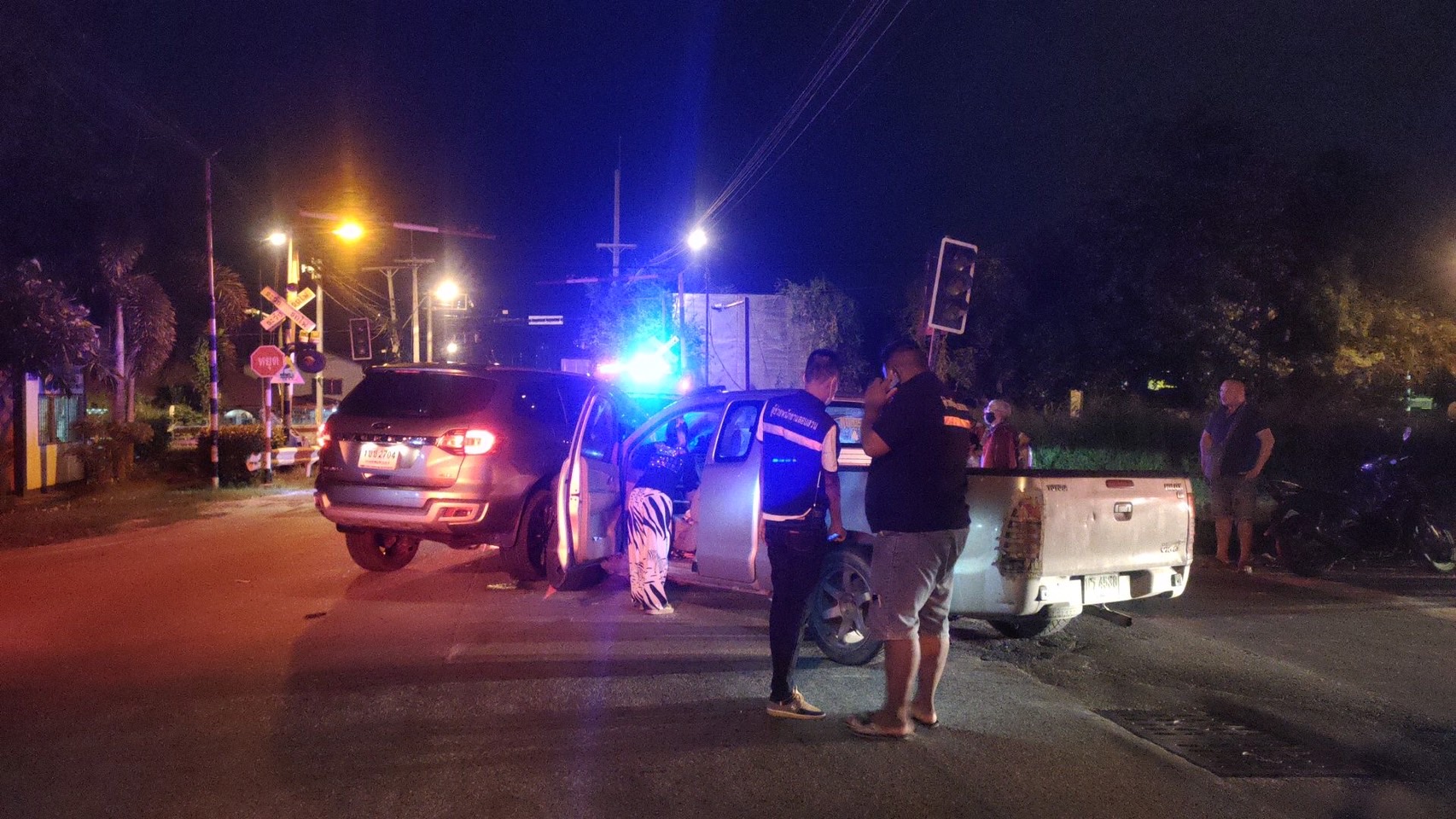