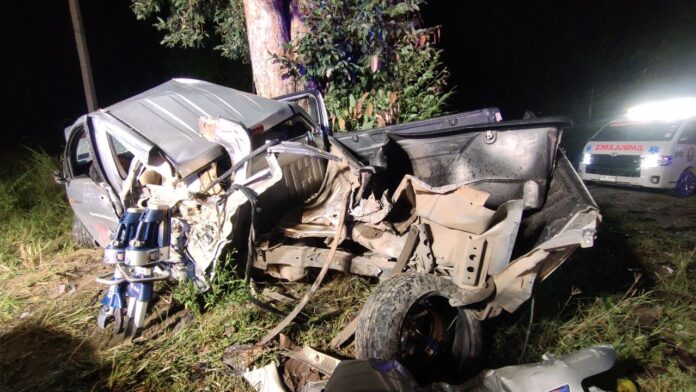 A 28-year-old local resident has been pronounced dead at the scene after he crashed his pickup truck into a tree in Banglamung last night (September 19th).

The Nongprue Police were notified of the accident at 7:30 P.M. in the Pong sub-district.

First responders and The Pattaya News team arrived at the scene to find the severely damaged pickup truck wrapped around a tree near a curve in the roadway. 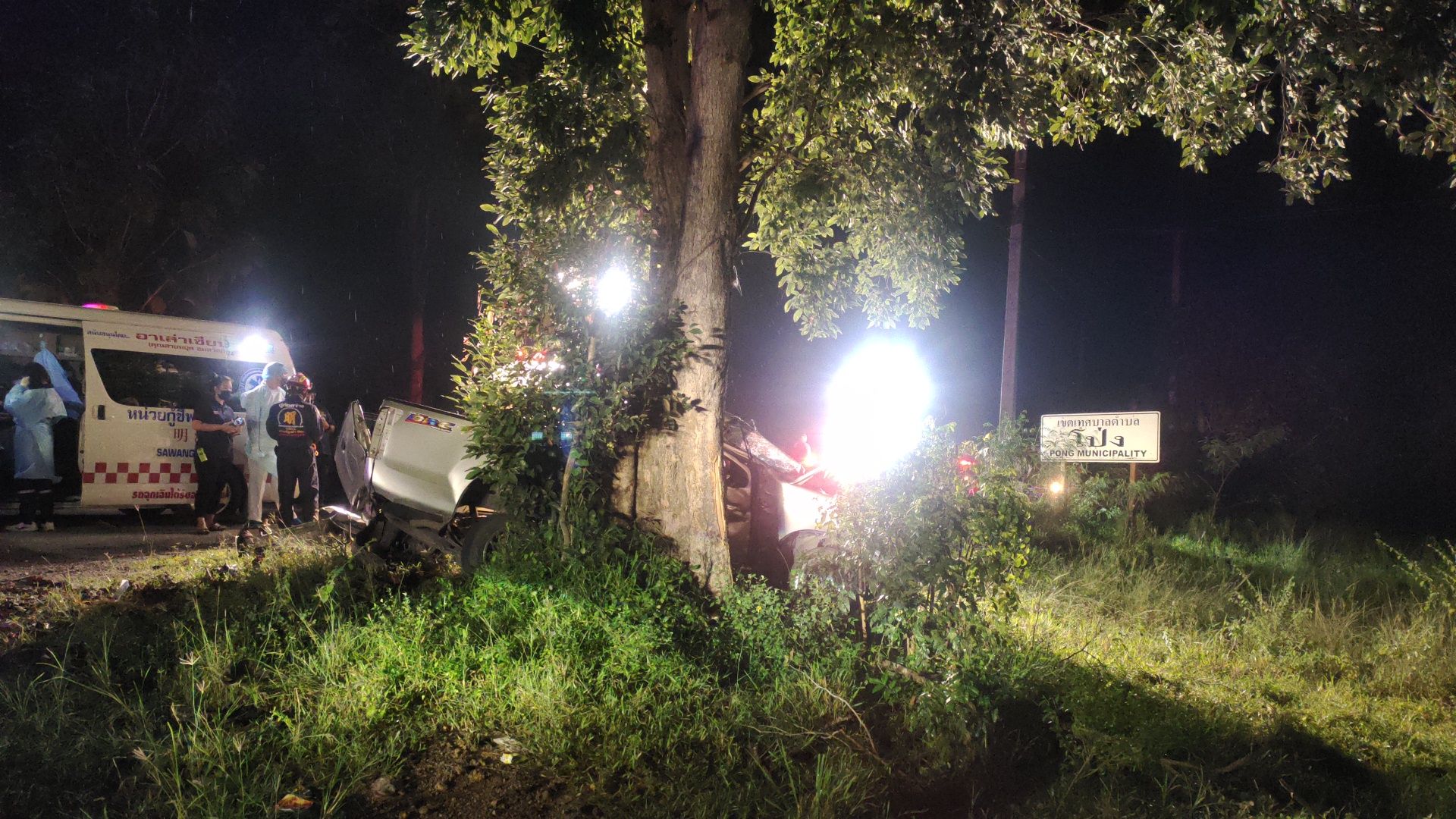 Inside the pickup truck, first responders found the body of Mr. Somsak Singgua, 28. Rescue workers used a jaw of life to free his body from the pickup truck, although he was believed to have been killed instantly as a result of the accident.

There were no witnesses to the event and CCTV is not present in this particular rural area of Banglamung. Nongprue police, however, stated that based on the condition of the vehicle that speed was a major factor in the crash and that Mr. Somsak appeared to have not anticipated the curve in the road.

His body will be taken to a local temple for final funeral rites and his family has been informed of the tragic accident.