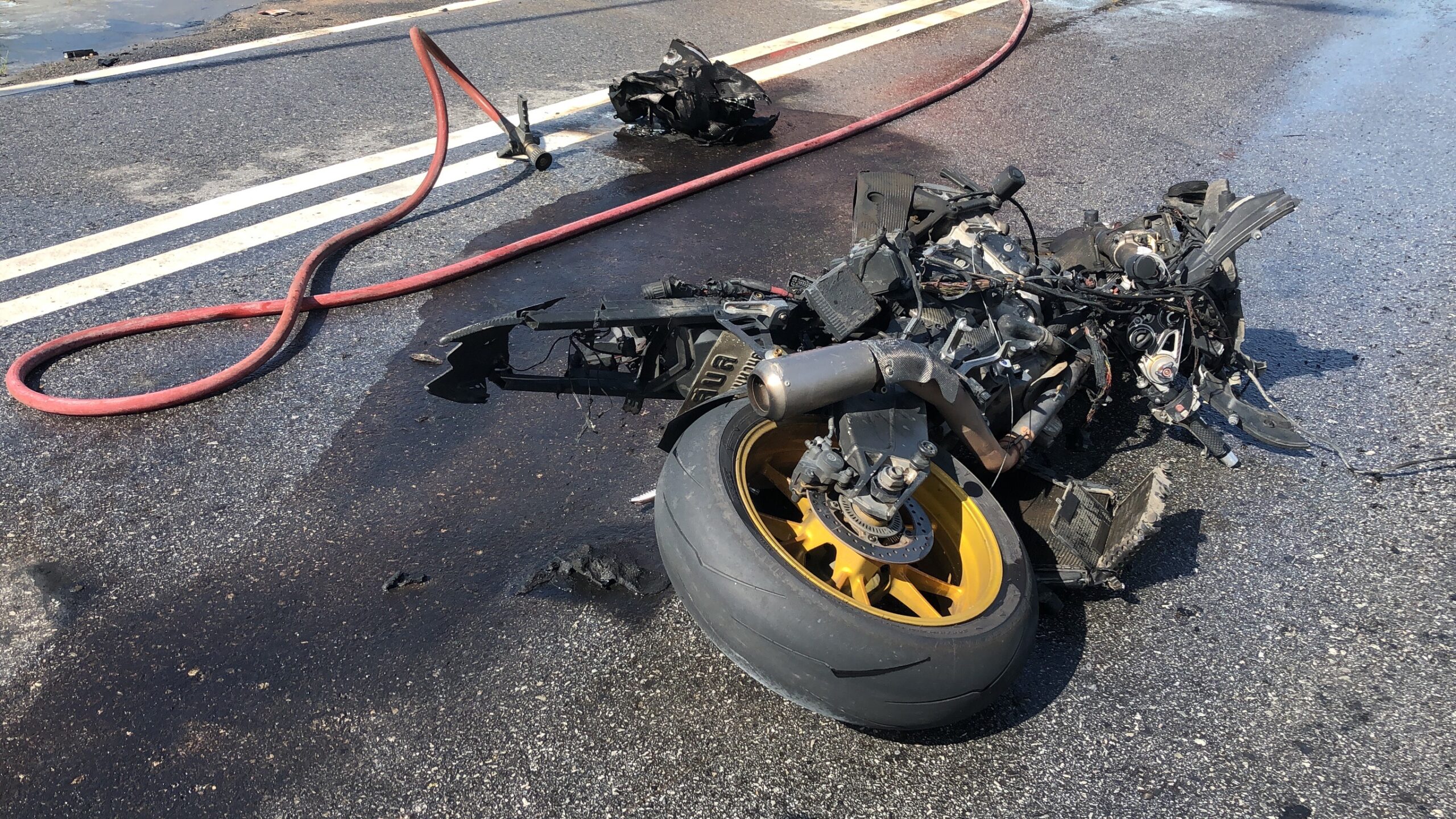 A motorcycle rider, often called by Thais as “Big Bikes”, has been pronounced dead at the scene after crashing into a pickup truck before the motorbike caught fire in Banglamung this morning (September 17th).

The Huayyai Police was notified of the accident at 8:30 A.M. on Chark Ngaew – 311 Road at the entrance of Soi Santi Tarawas Temple in Huayyai.

Emergency responders and The Pattaya News arrived at the scene to find a severely damaged 1000 CC black and yellow big bike. Nearby, first responders found the body of the motorbike driver Mr. Tanawan Jaiyen, 31, who they believe was killed instantly in the accident.

His friend, who declined to give his name to the press, later arrived at the scene and told Huayyai police that Mr. Tanawas is an owner of a big bike parts shop in Sattahip. 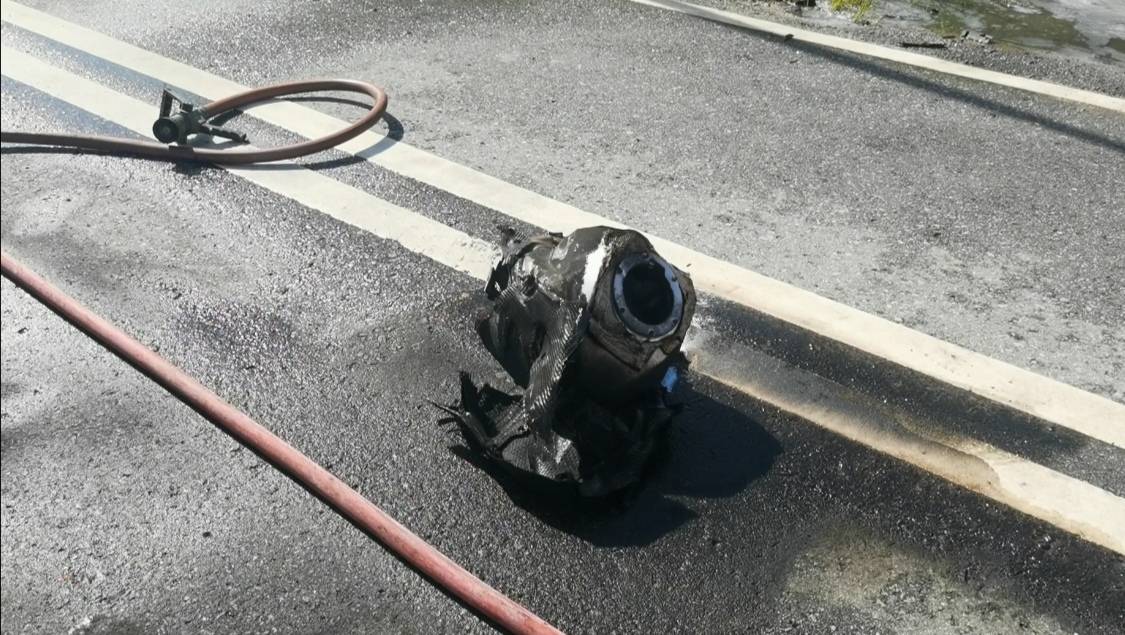 A damaged white pickup truck was also found on the road. The driver, Ms. Angsumalin Duangdee, 31, was waiting for police at the scene.​ Angsumalin told police, “I was coming from Rayong heading to a vaccination appointment for Covid-19 at the Indoor Athletic Stadium in Pattaya.”

“I was waiting to turn right into Soi Santitarawas with my turn signal on. I have no idea where the bike rider came from. Mr. Tanawan crashed his vehicle into the back of my truck at high speed and a fire broke out afterward.” Angsumalin concluded.

Police are continuing their investigation and checking CCTV footage nearby to determine the exact sequence of events. Ms. Angsumalin did not face any charges pertaining to the accident.