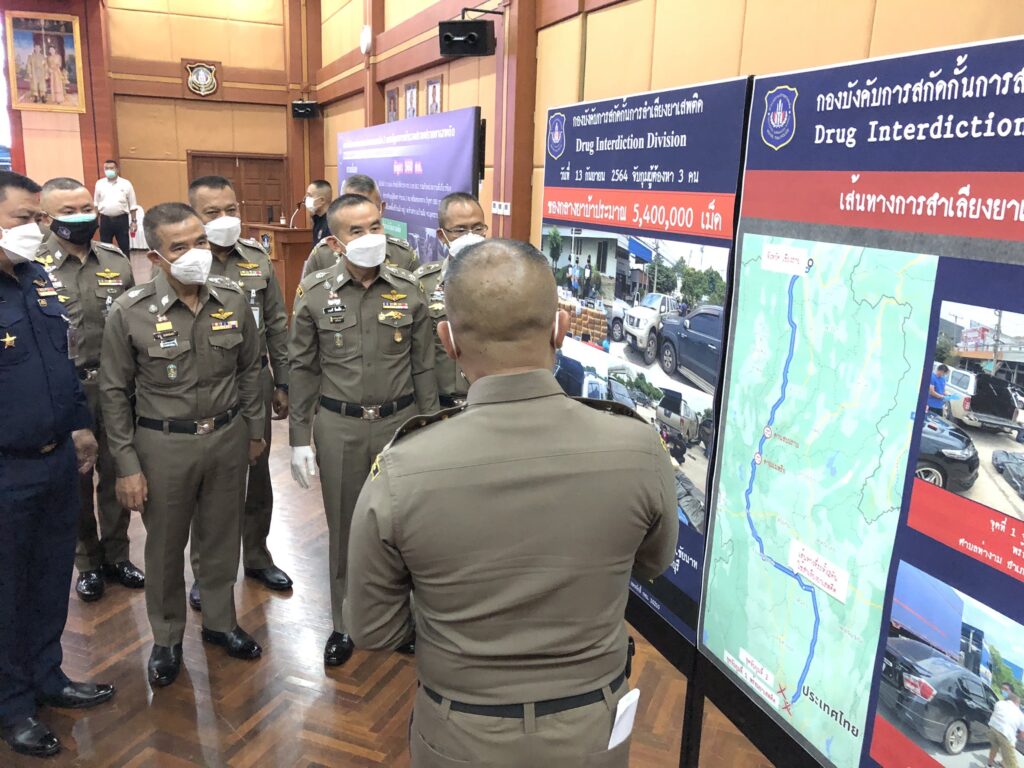 In the first case, three suspects, Sittipol Charoensang, 40, Tua Charoenpai, 40, and Kwannaphat Leecharoensuwan, 32, were arrested in Singburi province while reportedly smuggling 27 sacks of methamphetamine from Chiang Rai to their network in Suphan Buri.

About 5,400,000 meth pills and two vehicles that were reportedly used for transferring drugs were confiscated. The three allegedly confessed to the police that they had smuggling drugs four times and earned 1,500,000 to 2,000,000 baht per delivery. All of them were detained at the Bureau for further investigation. 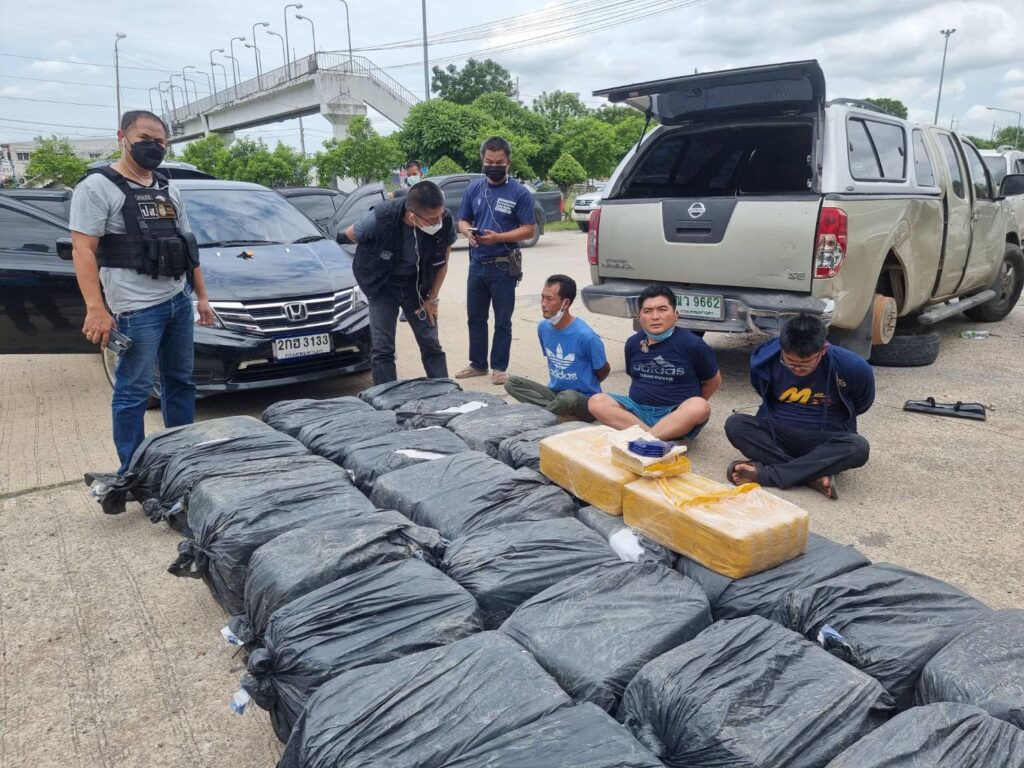 In the second case, local residents Niphon Kengthanakarn, 43, and Surasak Phansawat, 28, were caught in Udon Thani while trying to smuggle cannabis sticks from the northeastern border area to deliver to customers in the central regions. The arrest was followed by the investigation of a large drug network called “Rang Sakae Krang” in which the police had previously caught 16 suspects and more than 2,300 kilograms of cannabis sticks.

A total of 560 kilograms of cannabis and two cars were confiscated upon the arrest. Both of them were initially charged for possession of category 5 narcotics for sale and were detained for legal proceedings. 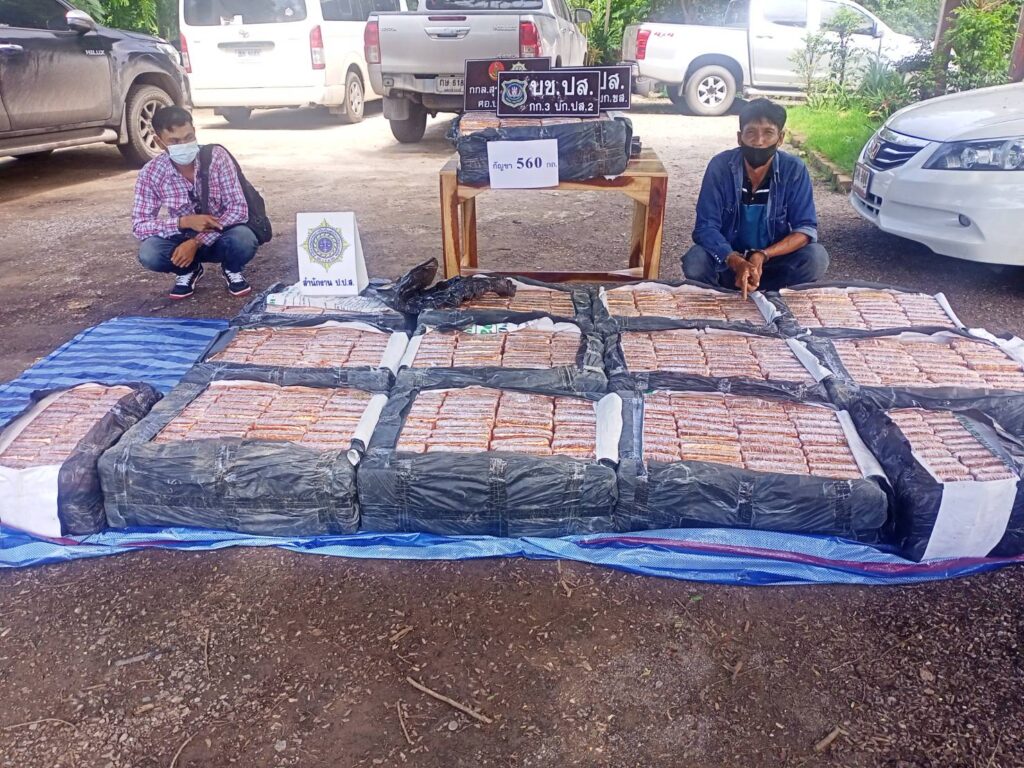