Representatives of local business private sectors urged the Thai government to welcome foreign tourists from all countries to enter the Phuket Sandbox project and allow alcohol drinking in restaurants.

Phuket Chamber of Commerce President Thanusak Phungdet stated during the meeting with Commerce Minister Jurin Laksanavisit yesterday, September 13th, that the government should open the island for more foreign tourists as the Ministry of Tourism and Sports will organize sports events and beauty pageant competitions on the island.

TPN media notes the suggestions being made are also being pushed for other proposed tourist projects, including Pattaya Move On.

Thanusak stated to the press: “The government has now allowed 70 countries with low to medium risk of infections to enter Phuket. But many tourists from other countries may want to come and visit the events, such as from Africa or South America, and the local government does not have the right to allow them so. India is also still banned from coming to Thailand as tourists and has shown a massive interest in visiting the Kingdom.”

“There were 31,000 tourists visiting the Phuket Sandbox during July-August. Only 89 people tested positive for Covid-19 from the Phuket Sandbox, roughly 0.29 percent, showing foreign vaccinated tourists are incredibly safe and low-risk. If Thailand allowed allows entry from every country for tourists but uses the same principles in terms of Covid-19 testing and precautions, I think that shouldn’t be a problem.” Thanusak added. 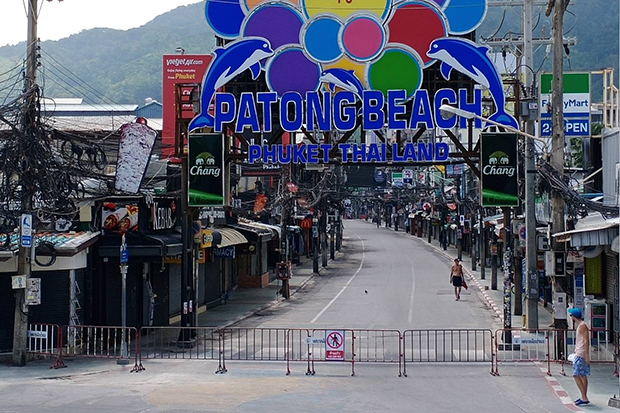 Thanet Tantipiriyakit, president of the Phuket Tourism Council (PTC), suggested a special color to code the areas of the Phuket Sandbox and Andaman Sandbox in order to distinguish the number of infections in Phuket and in Thailand and attract foreigners to visit the island. He also suggested making it more clear that the infections on Phuket, several hundred a day, were not from foreign Sandbox visitors or even those working and operating in the Sandbox and primarily from unvaccinated migrant workers and fishermen in different parts of the island.

The President stated: “Different color-codes should be introduced and included for Phuket to prove that the infection rate is different from the one in Thailand in general. Now, domestic tourists have come across many problems when they wanted to visit Phuket such as limited access, insurance purchases, and restriction of entering the red-coded area, etc.”

“High tourism season is approaching and if possible, we would like to introduce new color codes for all the sandboxes for the benefits of the tourism industry.”

Moreover, the local authorities urged air-conditioned restaurants, including in hotels, to be able to sell alcoholic beverages to some extent as well as other campaigns to stimulate the domestic business as Phuket is currently the most important domestic market for the whole country’s tourism industry.

This also comes as local media in Phuket reports growing frustration from the nightlife and entertainment industry that has been shuttered by national mandate since April of this year, despite most staff being fully vaccinated, and is still not allowed to open. This industry has continued to press the government and Center for Covid-19 Situation Administration to be allowed to legally open their bars, clubs, lounges, and similar venues. One suggestion was to allow bars to open that were outside or open-air/fronted as a start.