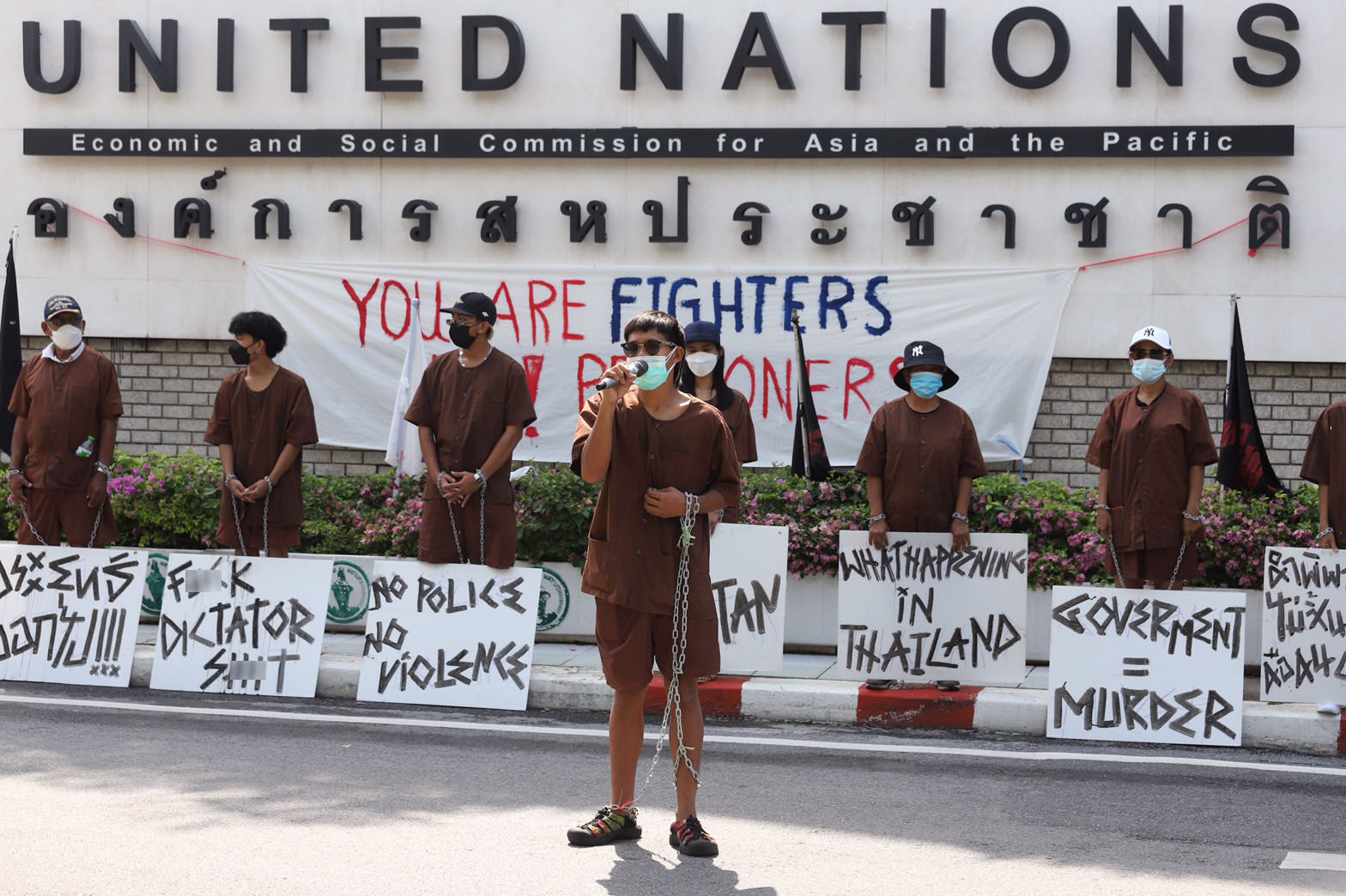 Today, (August 21st), pro-democracy “Thalu Fah” protesters gathered in front of the Office of the Economic and Social Commission for Asia and the Pacific of the United Nations (OHCHR) after handing them a letter.

They presented 112 minutes of silence with messages in English calling for international people to understand that their protester leaders are, according to Thalu Fah, fighters, not prisoners. They also reiterated their demands in asking the Thai Prime Minister, Prayut Chan O’Cha to resign.

Mr. Songphon Sonthirak, a spokesman of the group, told reporters, “An official letter asking for support of our cause to the United Nations has already been handed to them on August 19th. Today we want to show to international people that the Thai Prime Minister is opposing our right to freedom of speech and basic human rights by arresting our leaders and denying them bail.”

“We are requesting OHCHR to investigate and officially oppose the arrest of our leaders from the Thai government who are stopping our right and freedom,” Songphon stated, expressing his opinion.

The United Nations did not immediately send a representative or make an official response to the rally and the associated press were unable to get a comment from the UN.

TPN media notes that for the seventh day in a row a separate group of hardline protesters, who Thalu Fah says are not associated with them, conflicted with police for hours in and around the Veteran’s hospital and the Din Daeng intersection.