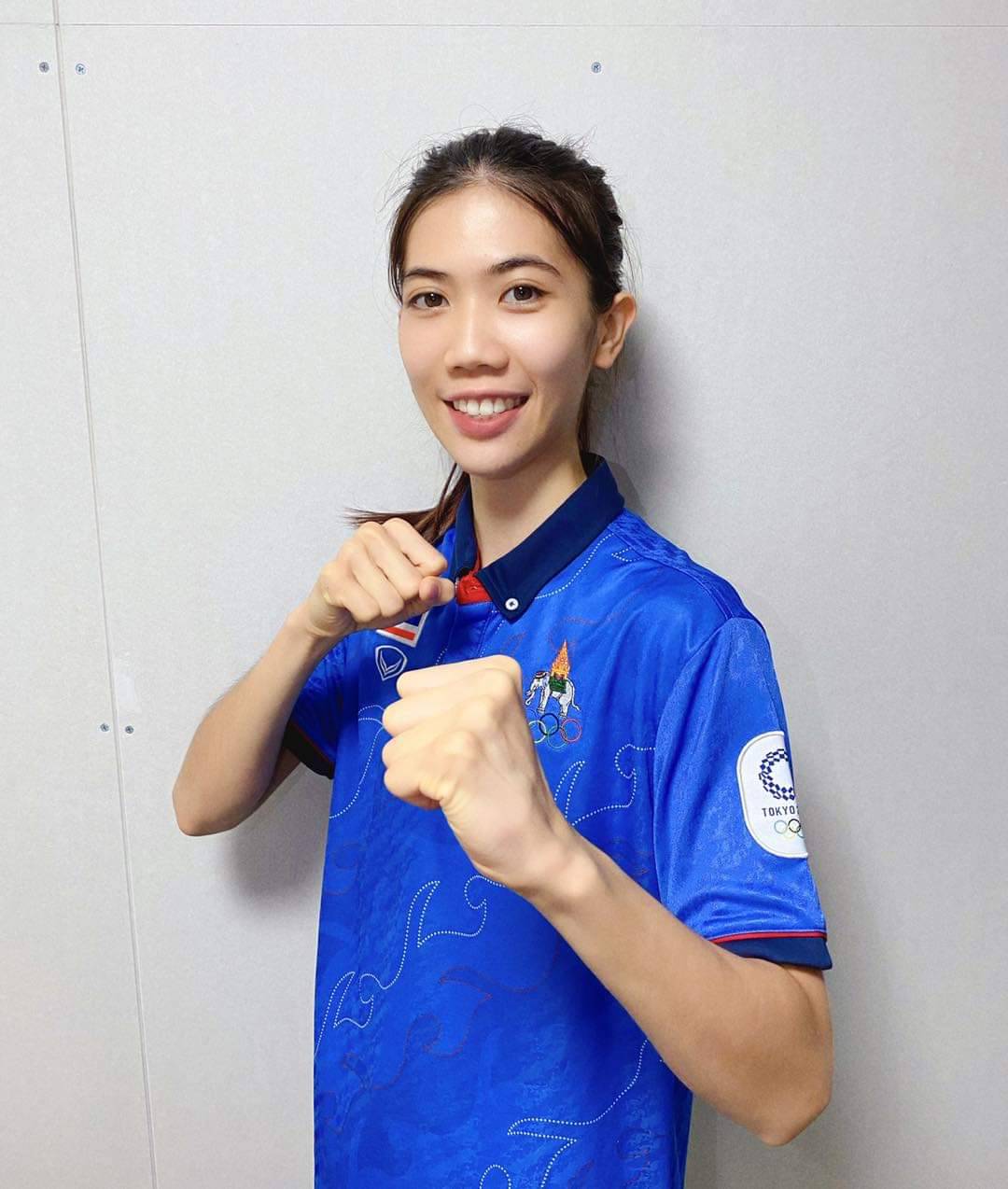 The following is a press release from the Thai Olympics media team.

21 July 2021: World No 1 Panipak Wongpattanakit will have to shrug off the mounting pressure if she wants to make history at the Tokyo Olympics.

The two-time world champion is heavily favored to grab Thailand’s first Olympic gold medal in taekwondo. The 23-year-old from Surat Thani will be making her second appearance in the quadrennial sporting extravaganza.

The 2015 and 2019 world champion in the women’s 49kg category settled for bronze in her Games debut back in 2016 in Rio de Janeiro. But this time, as the reigning world champion and back-to-back Grand Slam winner in 2018-19, the Thai taekwondo warrior will walk into Makuhari Messe Convention Centre as the woman to beat.

However, the six-time World Grand Prix gold medallist shows no sign of buckling under the huge weight of expectation she is shouldering.

“I’m handling all the pressure and my thoughts comfortably,” said Panipak, one of two Thais in the Olympic taekwondo competition alongside Ramnarong Sawekwiharee in the men’s 58kg.

“To me, everything – the competition, the opponents and my coach – is the same as usual. Even if I’m No 1, I start each bout with a score of zero just like my opponents. There’s nothing new to me,” she added.

Yet Panipak almost threw in the towel when she returned home with the 2016 Games bronze medal. She lost to South Korean Kim So-hui, the eventual champion, in the second round before bouncing back to take third place in the Repechage. She was so disheartened about missing out on the gold that she turned her back on the sport for two months.

“I had a really good chance in Rio but in a fraction of a second, I blew it. I was so disappointed and I told my coach I did not want to keep going. But after two months, I really missed taekwondo and resumed training,” Panipak said.

Thailand’s Olympic taekwondo duo underwent intensive training in Khao Yai, Nakhon Ratchasima before flying to Japan last Saturday. As part of their training, they studied clips of their opponents and have been focusing on their physical fitness as they prepare for action in the Games competition on Saturday 24.

But no matter what happens, one thing for sure is that Panipak has no plans to call it a quits after these Olympics.

“There are still more challenges, like winning the world title for the third time. So, I’m not going to retire, for sure,” she said.

The competition in Tokyo will take place without an audience, something that Thailand’s national taekwondo coach Choi Young-Seok sees as an advantage for his athletes.

“Without fans, the athletes will get less excited and be able to concentrate better,” he said.

The South Korean coach once vowed that he would one day produce a Thai Olympic gold medalist. All of Thailand will be hoping that day comes during the Tokyo Games.