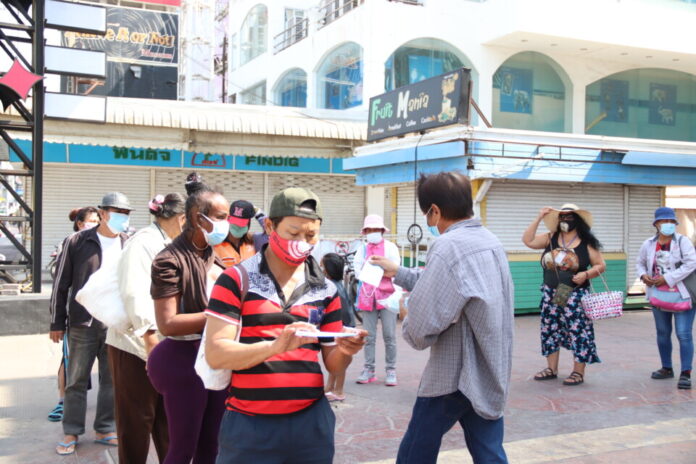 The Chonburi Department of Public Health announced 91 new and confirmed cases of Covid-19 this morning (May 4th), a decline from yesterday that saw 153 cases.

Additionally, 1,237 people in total have now been released from medical care and fully recovered since this current wave began. Over a hundred people were released yesterday alone. 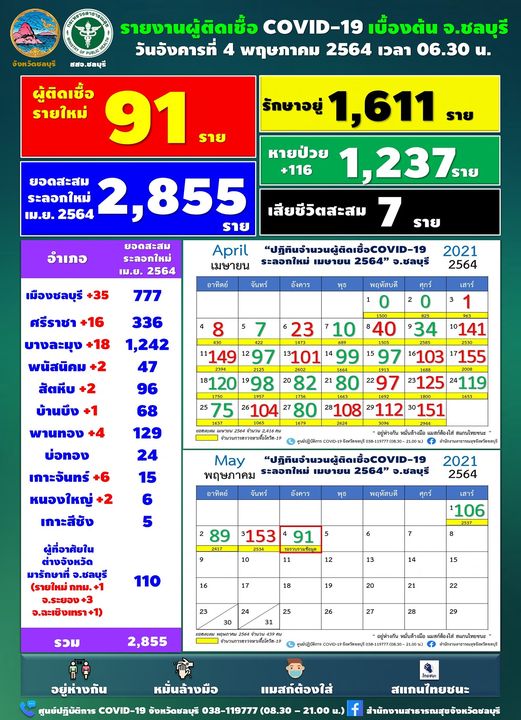 1. Lives in Bangkok, moved to Chonburi 1 case
2. A private party in the province, 4 cases
3. A risky occupation, meeting 2 people. The exact occupation was not named.
4.1 3 people who went to funerals with prior confirmed patients
4.2 A family of 5
4.3 2 people from local workplaces and prior confirmed patients.
5.People who traveled from other provinces:
5.1 Bangkok, 7 cases
5.2 Rayong Province: 2 people
5.3 Prachinburi 1 person
6. Under investigation- 34 cases
7. Also under investigation, another 30 cases.
Today, a total of 242 contacts were searched, and 1,231 more proactive ones were searched (pending results).
Aggressive searching, 715 more royal vehicles

Chonburi officials are asking people to continue to stay home, socially distance, and follow other Covid-19 related measures to control the situation. Chonburi officially became deep red according to a government zoning program based on Covid19 cases, which brings additional restrictions for at least two weeks such as the closure of dine-in at restaurants.

Chonburi Public Health officials stated that a sharp increase of cases being traced from family members and home gatherings were being found, warning residents that the majority of cases were now at home and not businesses.  The vast majority of cases are asymptomatic and many people did not know they were infected, officials added.