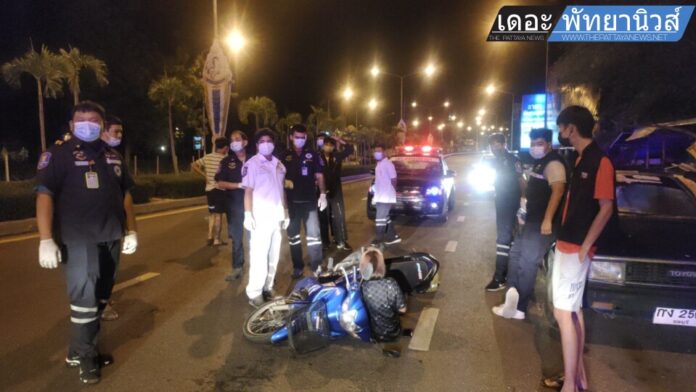 A fourteen-year-old girl was injured and became trapped under her motorbike after she crashed into a parked car at 3:30 A.M. this morning, April 18th, 2021, on Jomtien Second Road.

The incident happened on Jomtien Second Road when the driver, who was not identified by name due to being a juvenile, admitted she looked down to check her mobile phone. She stated that she had been returning home from what she called a private engagement. Upon looking up she crashed into a parked vehicle on the side of the road and the motorbike fell on top of her, trapping her beneath the gear lever. A nearby witness who was out for a late-night walk called police and rescue workers for assistance. 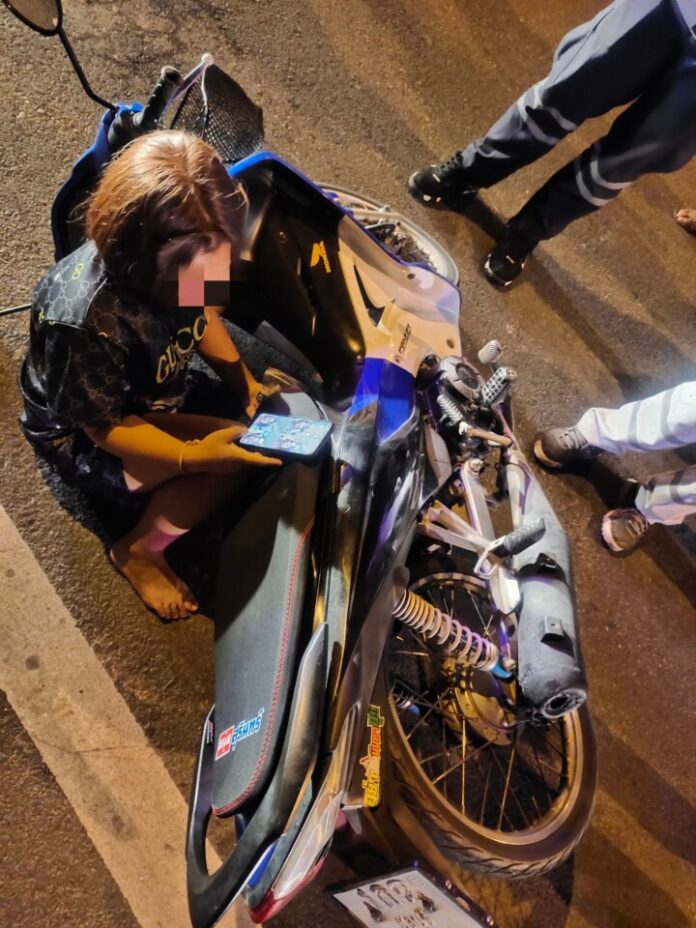 She suffered moderate injuries during the accident but was cognizant and calm, able to answer questions from rescue workers who had to use special equipment to successfully and safely remove the motorbike from her injured leg. In fact, reporters noted she was so calm despite injuries to her leg that she continued to play with her phone while waiting for the motorbike to be removed from her trapped limb. She was taken to a hospital for medical assistance following the incident. 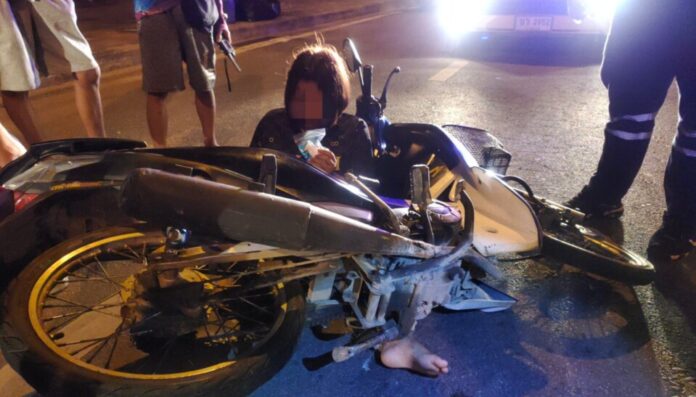 Pattaya City Law Enforcement did not immediately state to The Pattaya News if they planned to press any charges against the girl’s parents for the accident as the girl is under the legal age for driving in Thailand.