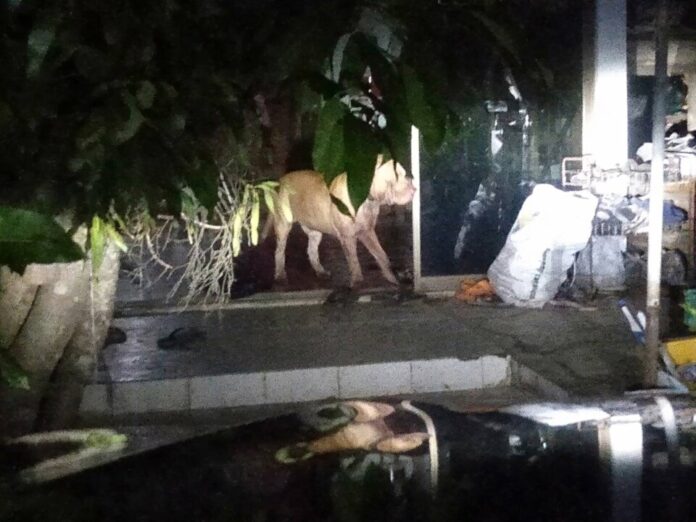 A man has sustained serious injuries after being attacked by his own pet dog, a pitbull, in Banglamung this morning.

Rescue workers were notified of the incident today at a house near the Soi Banglamung Temple just before dawn.

They and The Pattaya News arrived at the scene to find Mr. Wisit Sanguan, 56. He had sustained severe injuries and bite wounds were found on his neck. He was also bleeding heavily from his wounds. He was rushed to a local hospital for medical assistance. Mrs. Wanpen Kumkong, 56, who is Mr Wisit’s wife told The Pattaya News, “We raised the pitbull, named ‘Giant’ since it was three months old. Giant is now two years old.”

“Mr. Wisit and Giant were sleeping for about one hour when my son saw the dog attacked him while he was sleeping. It took about half an hour to rescue Mr. Wisit from the dog who was aggressively stopping others from approaching my injured husband.” Wanpen added.

The dog continued to be aggressive and threaten rescue workers and family of the victim and members of a local pitbull club were called to assist around 10:30 A.M. this morning.

Mr. Suksa Kasetnak who is a member of th Chonburi Pitbull Club told The Pattaya News “Officers from the livestock office gave anesthetics to cause the dog to go to sleep and chained the dog before cleaning the blood from the area.” 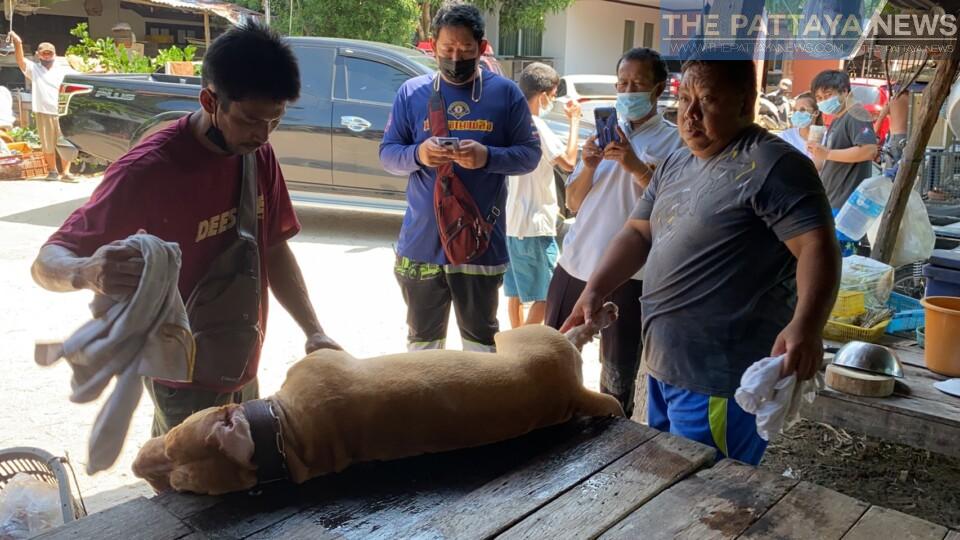 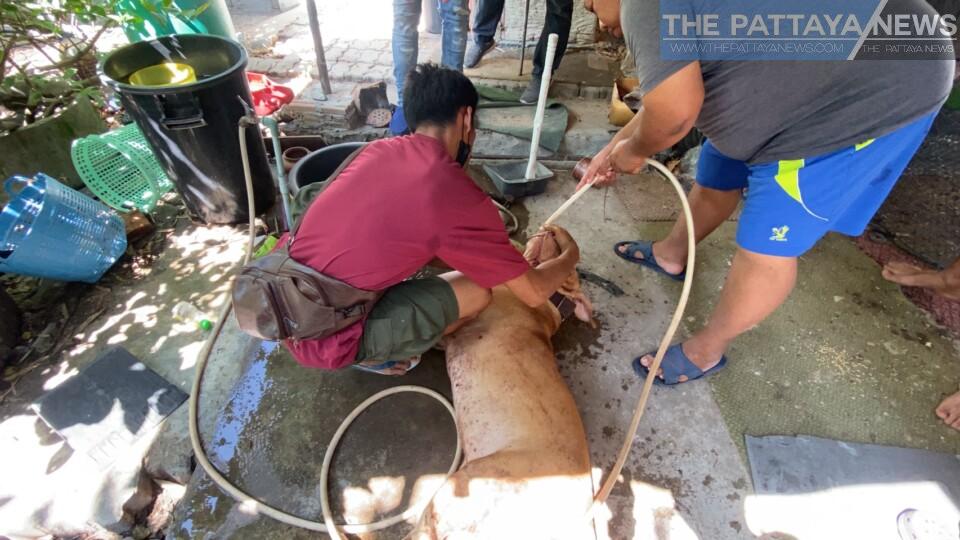 “The dog will be later taken care of by the pitbull club, as the owners have said they no longer want the dog.” Suksa added. 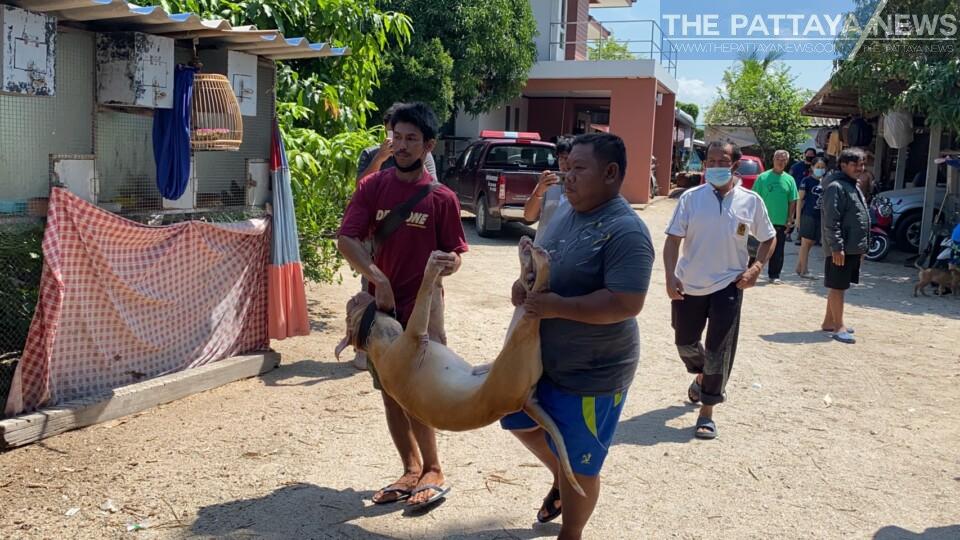