Pattaya firefighters were called to the scene in Soi Naklua 13 around 10:00 A.M. They arrived at the scene with multiple fire engines to find that a parked white four-door vehicle was completely ablaze in a furious fire. Local residents were seen moving their own cars from the parking lot and vacating the area out of fear of a possible explosion.

It took about 20 minutes for firefighters to put out the fire, unfortunately, as seen from the photos, the car was completely destroyed. 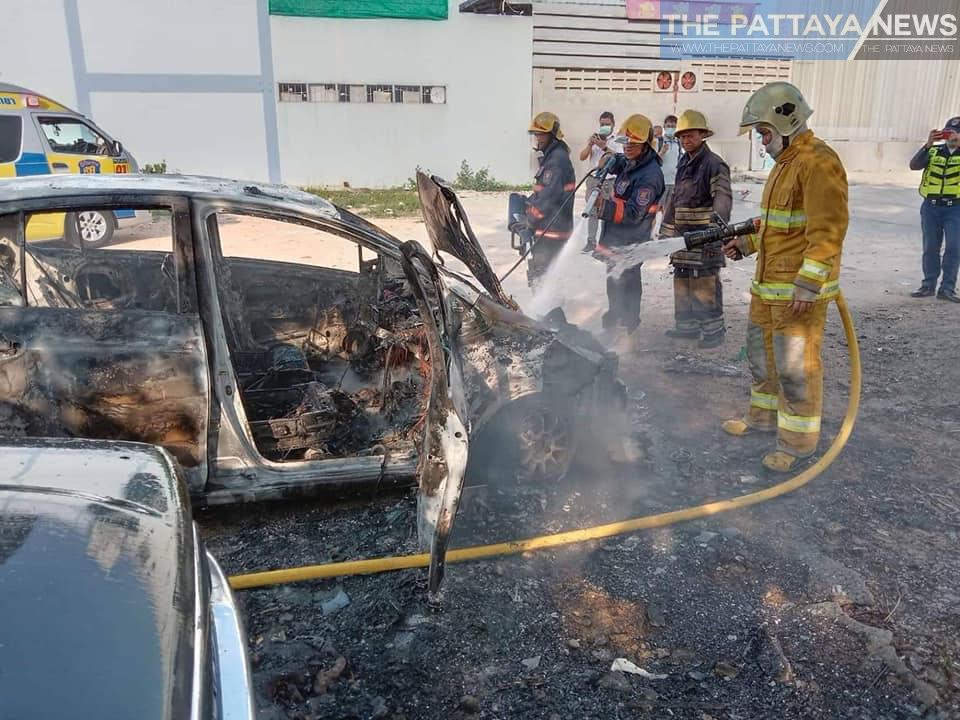 The car owner, Mr. Manas Chuayoonuey, 52, told The Pattaya News “I am a taxi motorbike driver in Naklua Soi 12. I normally drive my car to work each morning as I keep my taxi motorbike at my taxi stand. I didn’t notice anything unusual with my car on my way to work.”

“I was out working when a neighbor called and told me that my car was on fire. The fire had started from the car engine in the front.” Manas stated. 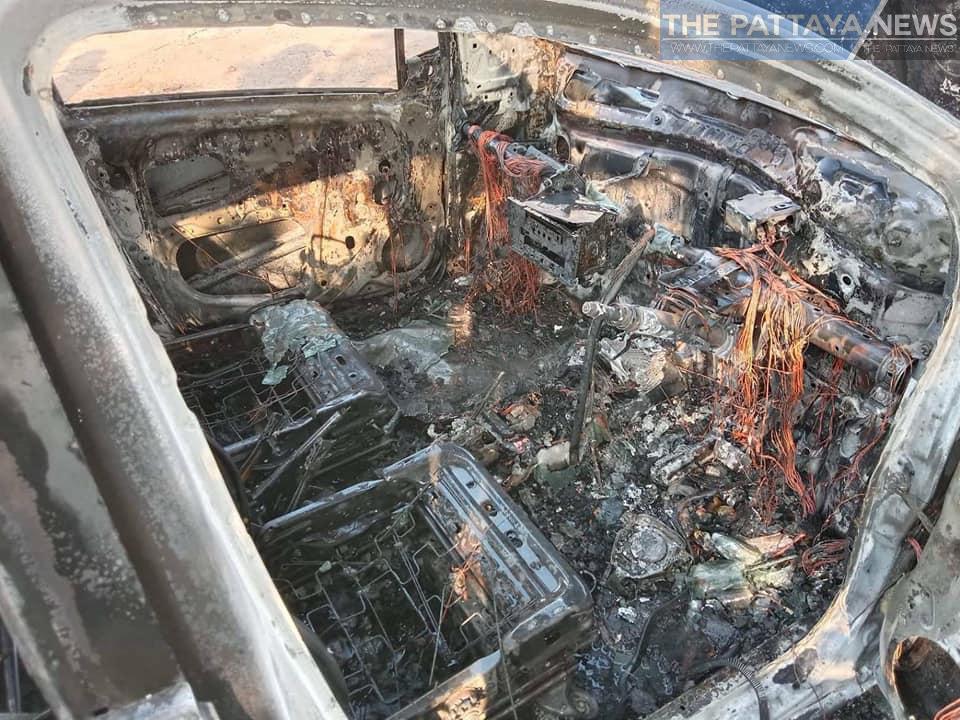 “I rushed to the parking lot and tried to put out the fire myself. My efforts failed and I called the Pattaya Fire Department for assistance,” Manas concluded.

Pattaya Firefighters stated that an engine issue appeared to have started the blaze. There were no injuries or other property damage as a result of the event, although the fire alarmed many residents who use the parking lot. Manas did not state if his vehicle was properly insured to recover from the extreme damage caused by the blaze.