The Chonburi Public Health Office today (March 22nd) has announced one new confirmed case of Covid – 19 in Chonburi, a person who lives in Banglamung. Chonburi now has a total of 658 cases of Covid-19. Chonburi had zero confirmed cases for 16 days in a row until today. 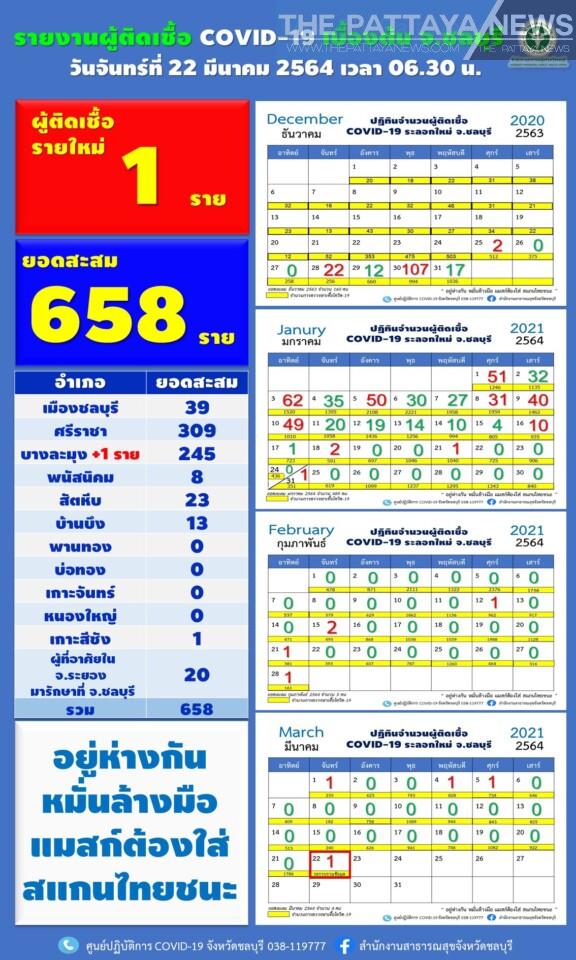 The Chonburi Public Health has not reported if this confirmed case is Thai or a foreigner, or even their age or gender.

The previous case involved a foreigner who tested negative for Covid -19 three times while they were being quarantined after arriving to Thailand from overseas.

The foreigner tested positive after being released from quarantine and then being treated at a hospital in another province after submitting themselves for a test.

The new case is a Banglamung resident who was contact traced to the foreigner, although as stated details released were limited at this time. Officials from the Chonburi Public Health Office stated the new case was isolated and quarantined and all their contacts were being identified and traced.

More information on the new case and their contacts that were currently being tested and isolated was expected to be released in the near future. In the meantime, authorities continue to ask residents to wear masks, socially distance, and take other Covid-19 precautions while remaining calm.