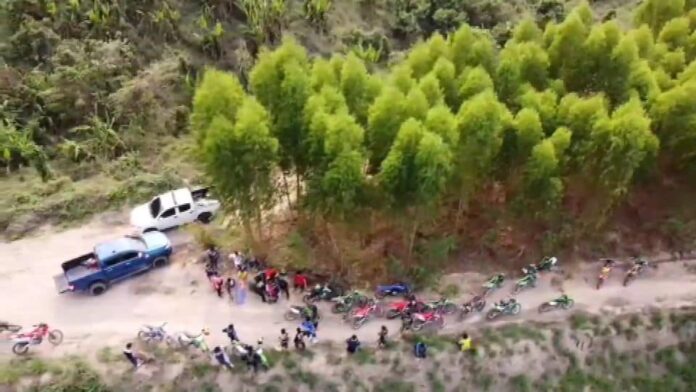 A 37-year-old Thai man has been rescued after an off-road motorbike accident on a small mountain in Ban Bueng.

Rescue workers were called to the Khao Kaeo – Chompu area near Nong Nam Kaeo Road in the Klong Kiw sub-district over the past weekend.

Rescue workers arrived at the scene on the mountain to find Mr. Pala Butrak, 37. He had broken his left leg after falling from his motorbike on a rough section of dirt road on the mountain. It took more than half an hour to move the injured man from the area before he was rushed to a local hospital for medical assistance. 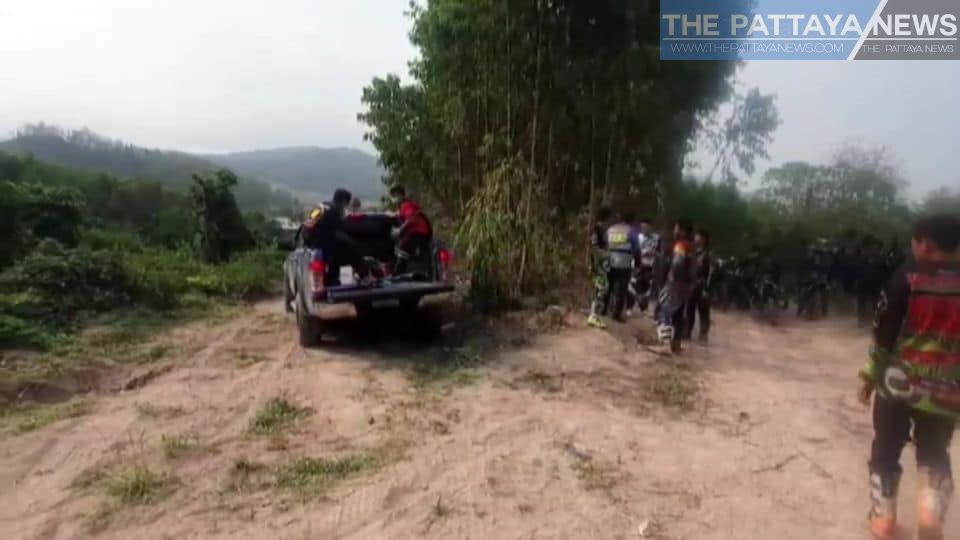 Mr. Pala’s friend, who declined to give his name to the associated press, said there were about 30 motorbikes, dirtbikes, and other vehicles who regularly drove together on the dirt tracks and roads around the mountain on weekends. He denied speculation that the group had been racing or speeding.

Mr. Pala reportedly lost control of his motorbike on a particularly rough section of dirt road before falling off and breaking his left leg. Rescue workers carried Mr. Pala nearly one kilometer to where pick-up trucks were able to easier reach the injured man and rescue staff.

He remains in a local hospital recovering as of press time and according to doctors is expected to make a full recovery.