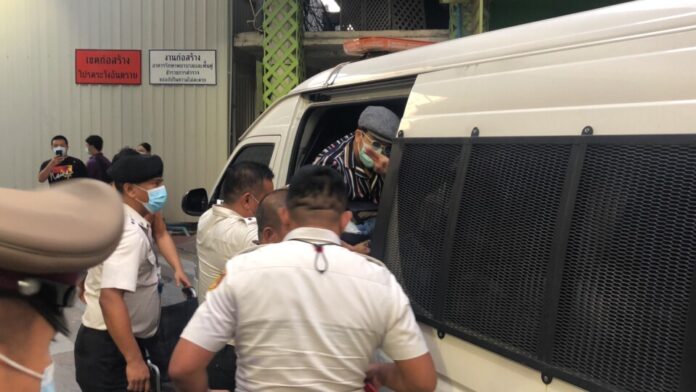 The Bangkok Criminal Court has denied bail against four prominent protest leaders and a Thai pro-democracy singer today, March 4th, over lese majeste charges after a bail request had been requested for the fourth time for most of the group.

Sureerat Chiwarak, the mother of Parit “Penguin” Chiwarak, arrived at the Court to request for bail for her son and other pro-democracy activists, namely Anon Nampa, Somyot Pruksakasemsuk, and Patiwat Saraiyae, who were charged for sedition and lése majesté charges over several pro-democracy demonstrations last year.

Meanwhile, Thai musician and pro-democracy activist Chai-amorn Kaewviboon, or Ammy the Bottom Blues, also has had his bail request declined this afternoon over similar charges of lese mejeste, as well as arson and violation of the Computer Crimes Act, after reportedly setting fire to the portrait of His Majesty the King in front of Khlong Prem prison on Sunday morning. Ammy seemingly admitted to the crime on his social media accounts and stated that it was not for any one group or cause but out of frustration for the other protest leaders still being in jail for about three weeks now. He claims he acted alone, although Bangkok Police state that two other people, who they are working on identifying, appeared to also appear on CCTV footage that seems to show Ammy at the scene of the crime.

The singer’s mother had offered a bail payment of 90,000 baht. However, the Criminal Court also turned down the bail request, giving similar reasons that Ammy might repeat the same cause of action and that he might be a flight risk.

Chai-amorn has remained at the Police General Hospital in the Pathumwan district of the capital since the arrest. However, he was reportedly just sent to prison as of this evening after the court announced its decision.