Four popular economic boosting and tourist destinations, which are Chonburi, Phuket, Surat Thani (which includes popular tourist island Koh Samui), and Chiang Mai, are now prioritized for Covid-19 vaccine distribution along with nine other provinces that have had significant cases of Covid-19 to receive the first 200,000 shots of Sinovac’s Covid-19 vaccines within three days after their arrival in Thailand today, February 24th. 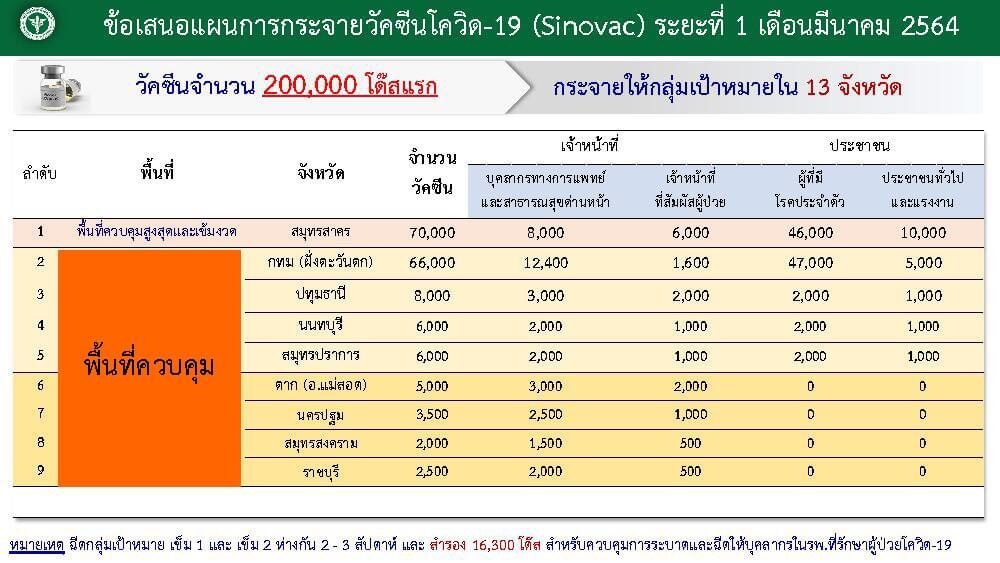 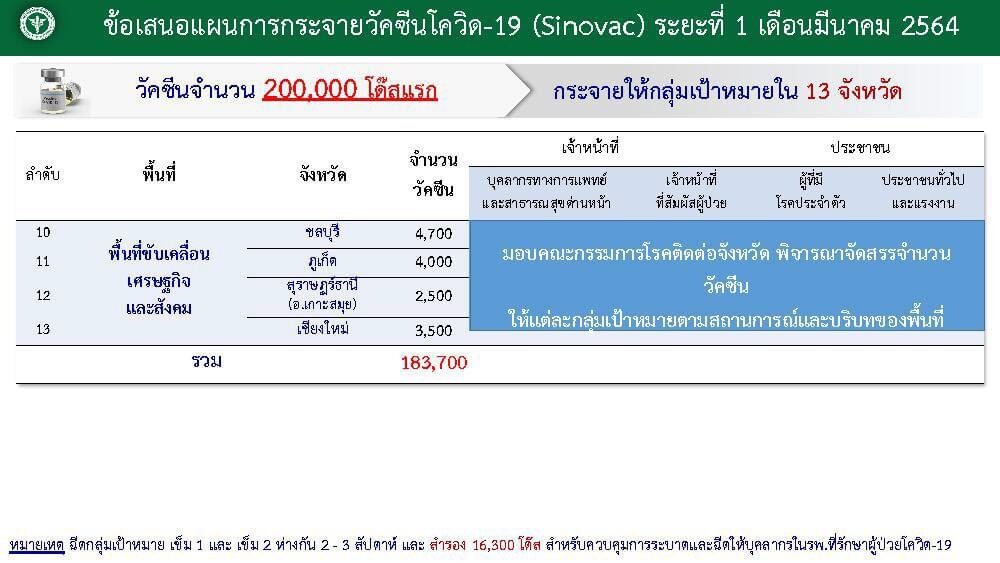 Unlike the first two groups, people who will receive the vaccine to be distributed in the third group of the economic spur driving areas are under the discussion and consideration of the Provincial Communicable Disease Committee and other related authorities.

According to Prime Minister Prayut Chan-O’Cha, the Sinovac vaccination will be distributed to certain areas and will be ready for injection within three days after it has arrived in the Kingdom.

Moreover, the CCSA also revealed future plans for the four provinces which will remain a top priority (along with medical workers and vulnerable people in previous outbreak areas), according to the CCSA, for future vaccines as part of a long-term plan to revive the tourist industry in the most popular destinations in Thailand. One includes the “Area Quarantines” proposal, which aims to initially allow vaccinated tourists to stay within certain areas for their quarantine period and enjoy local tourist attractions. We have covered more details in the article below:

Pattaya, along with several other areas, in the running for “Area Quarantine” later this year-more details